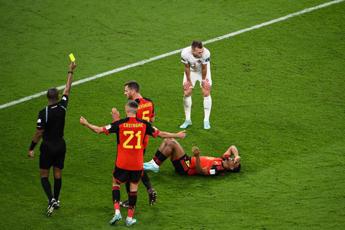 “Gaffe Remedy on ‘races’? Aberrant term, excuses are not enough”

(Adnkronos) – “The term ‘race’ is not part of my vocabulary. I am in favor of inclusion and acceptance. I find it an aberrant term, and I am surprised that it comes from a person I know as a well-mannered and staid person. the commentator Rimedio was right to apologize, but that’s not enough”. This is the opinion of the sociologist and mass media scientist Klaus Davi who comments to Adnkronos on the ‘slip’ of Rai commentator Alberto Rimedio yesterday during the commentary of the World Cup in Qatar. Speaking of the Belgium-Canada referee, originally from Zambia, and the members of the VAR, the journalist commented: “Tonight there are many races”.

“I sincerely say that I grew up as a child of Europe, raised in various countries, born in Switzerland, schools in Germany, and it is a terminology culturally outside my vocabulary – says Davi- Please, a slip of the tongue, then he apologized, but it is the use of the term out of the direction in which we have to go. The direction is opposite to that indicated by this vocabulary, especially in Italy, which is a country of old people”.

According to the sociologist, the commentator (who apologized immediately afterwards for the expression used, ed) “plays a public role and should give a signal, making people understand not only verbally, by giving a message of dialogue in the direction of inclusion He could commit himself with a further gesture, even if it’s up to him”. Otherwise, is the analysis of Klaus Davi, “it could be misunderstood as a political message, which I’m sure it is not. But in order not to be misunderstood, public service cannot be limited to apologies”.