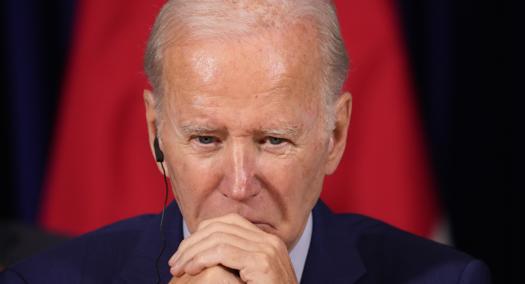 Gaffe, wit (and remarkable cynicism): behind the victories of Biden, the «gerontocrat» | Federico Rampini

The Asian tour of Joe Biden it started with one of his own gaffe now habitual. Participating in the summit of the ASEAN (association of Southeast Asian countries) in Phnom Penh, Cambodia, in thanking the landlord Biden called him “the premier of Colombia”.

The press accredited to the White House softens the impact of these slips by observing that the American president had returned from two nights on the plane (US-Egypt, Egypt-Cambodia) and the jet-lag dulls even younger minds.

Observing Biden closely, however, is never reassuringI still have a notebook full of notes that I took by observing closely, in June 2021 in Geneva, the last summit where Biden met in person Vladimir Putin. It was not a good show: the Russian leader for physical and mental vigor seemed the son of the other. Yes, but: how many mistakes has Putin made since then …

Slips e gaffe aside, however, we must surrender to the evidence: the American gerontocrat is winning various bets.

Biden on this Asian journey (which tomorrow culminates in the G20 in Bali and in bilateral with Xi Jinping) is politically stronger than expected a week ago.

He just cashed in the Nevada election result that secures his party a majority in the Senate.

The Republicans, assuming they grab the House tightly, will have a limited power to influence the executive.

The positive election surprise also strengthens Biden with respect to his own party. It must be remembered: the media, analysts and commentators – myself included! – had been influenced until the eve of November 8 by a wind of panic blowing in the Democratic headquarters.

In the last weeks of the campaign, the notables of Biden’s party had become convinced that a Republican avalanche was on the way. The only one who did not believe it, and kept saying it in the rallies, was him: the gerontocrat.

Biden said he was convinced, for example, that Americans were less distressed by inflation and more confident about the state of the economy in light of the good performance of employment and wages. He was convinced that they were scared for the threats to the right to abort; and fromextremism of many Republican candidates.

He was right, he comes out with his head held highlike a president who defeated the historic rule on mid-term electoral debacles.

It should be remembered that along with his political acumen, Biden displayed an equally remarkable cynicism. In the election campaign he was saying that American democracy was in danger, while at the same time his party funded (openly, in the light of day) a number of Trumpian candidates to eliminate moderate rivals in the Republican party primaries. In short, the “fascists” were helped in every way by the left, so that they could use the bugbear of “fascism”. Machiavellico, quite nauseating, but in politics we also win in this way: à la guerre comme à la guerre.

Another gimmick that worked was the exchange vote. The inequitable welfare measure with which Biden canceled student debts was a transfer of resources from the working class who cannot send their children to university, to the middle class whose college fees have been subject to a maxi-amnesty amnesty. 200 billion well spent from an electoral point of view, given the high turnout of young students.

Biden did not run an election campaign of mirrored morality, however he avoided a defeat that seemed certain (to everyone except him).

Now the same people who prematurely called him a lame duck invite him to step aside and give up reapply in 2024. Biden will decide in Januarybut he certainly doesn’t give much credibility to his domestic opponents.

Foreign policy remains a passion of this president, and in these hours he can take care of it full time. The Asean Summit is an interesting test that gives the measure of strengths and weaknesses of America.

Among the forces: Everything that is happening in Ukraine is being observed in the rest of the world as a test of America’s ability to hold together its allies and weaken its enemies. For now Biden is doing quite well, also because compared to Trump he has exhumed a great asset of the United States, investment in alliances.

Among the long-term structural forces is what I define in my new book (“The long winter”) “The golden triangle of empires”: universal currency, energy self-sufficiency, technological superiority (including war technologies). Neither China nor Russia nor the European Union can so far compete with America in possessing this magical triad.

Weaknesses are not lacking. I mention at least two of them.

America continues to practice a foreign policy that includes – every other day – the size of the human rights. In ASEAN this creates tensions with regimes such as Cambodia and Myanmar, towards which China does not operate “interference” of that kind. In addition, America devotes attention to Southeast Asia but China surpasses it in terms of trade volume commercial and investment. And beware, not only developing countries are part of Southeast Asia, but also medium-sized economic powers such as Singapore, Indonesia, Malaysia, Vietnam. The ASEAN summit delivers this message to Biden: Southeast Asia refuses to take a position in the new cold war between America and China, indeed it will try to cultivate good relations with both superpowers. It’s a piece of that “Movement of non-aligned” which we have already seen reborn on the occasion of the sanctions against Russia.

The world to come, in this respect, resembles that of the First Cold War, which saw the birth of the expression Third World with a geopolitical connotation: “third” because it did not want to stay with either the West or the East, and possibly profit the intermediate position.

Meanwhile, the leaders of ASEAN will have laughed under their breath as they listened to Biden’s greeting to the premier of Cambodia. But only under the mustache: in a Confucian world it prevails respect for the elderly. The founder of Communist China Mao Zedong was revered and feared until his death, despite his physical and mental health having long since abandoned him.

If Xi Jinping ends his third term and perhaps demands a fourth, he will also rule him up to the threshold of eighty. It is not from the youth of the individual leader that Asians measure the strength of empires.

Videogames entered his life in the late '80s, at the time of the first meeting with Super Mario Bros, and even today they make it a permanent part, after almost 30 years. Pros and defects: he manages to finish Super Mario Bros in less than 5 minutes but he has never finished Final Fight with a credit ... he's still trying.
Previous Polycephalum, the “intelligent” mold
Next the new series on Apple TV and projects as a producer