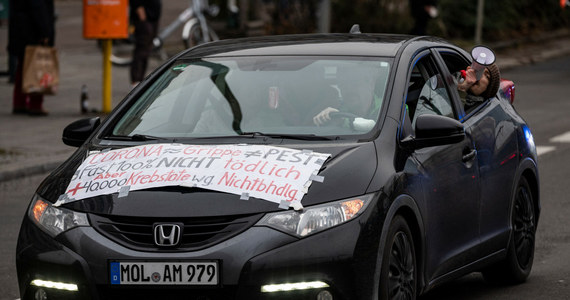 Germany: Journalists attacked during a coronasceptic protest in Berlin

The perpetrators attacked reporters with their fists and kicked them. According to the trade union Verdi, at least five journalists were attacked, three of them sustained minor injuries and one reporter injured the knee.

The attackers briefly snatched the cell phone from a journalist of the Tagesspiegel newspaper. There was a scuffle, during which the reporter retrieved his smartphone. A police spokeswoman told “Bild”: “The suspect has been arrested, and we are investigating an attempted robbery.”

Joerg Reichel, Berlin head of the Journalists’ Union at Verdi, told Bild newspaper: “Several well-known right-wing radicals have been involved in the attacks. We are very concerned about the prospect that violence against journalists will increase in the coming months.”

Attacks on journalists took place during an unregistered demonstration in the Berlin district of Friedrichshain. According to the police, several hundred people took part in it.

“The attackers identified neo-Nazis from Brandenburg, a group called Division MOL, which operates near Strausberg, east of Berlin,” writes the daily “Tagesspiegel”.

On Saturday, coronersceptics also demonstrated in several other German cities.

Videogames entered his life in the late '80s, at the time of the first meeting with Super Mario Bros, and even today they make it a permanent part, after almost 30 years. Pros and defects: he manages to finish Super Mario Bros in less than 5 minutes but he has never finished Final Fight with a credit ... he's still trying.
Previous What time is the Sunday jumping competition in Wile? [Transmisja TV, stream online]
Next They move around 1000 km / h. A port for Hyperloop will be built in Europe