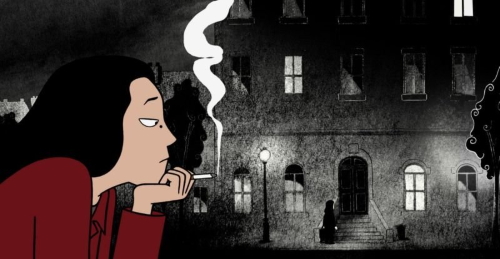 “Learn by Comics” is the summer edition of Learn by Movies, the original language film club of the University of Catania, dedicated this year to comics, graphic novels and drawing.

The review will be held in two locations: Monday 6 at the Adua arena and from Tuesday 7 to Saturday 11 in the arena of the former Experia cinema, which will be open to the public for the first time. The evenings are free, with the exception of the final evening.

The program of screenings:

On Tuesday 7 June at 9 pm, in the courtyard of the former Experia cinema (Via Plebiscito, 782), the film “Persepolis” will be screened. At 5 pm, in the Auditorium of the former Cinema Experia, there will also be a masterclass with Roberto Vian, the famous Disney Italia cartoonist for 40 years on the theme “Content is form – The amazing art of giving shape and color to stories”.

On Friday 10 June at 9 pm, in the courtyard of the former Cinema Experia (Via Plebiscito, 782), the film “Wolfwalkers”, vo English with Italian subtitles, will be screened. Saturday 11 June at 9 pm, at the Experia Arena (former Experia Center), the event “Spite Marriage – Silent Cinema and Live Music” will be held, the screening of the silent film “Spite Marriage” with Buster Keaton, soundtracked live by the maestro Carlo Balzaretti (Full: 12 euros. Reduced students and Unict staff: 5 euros)

The review is organized in collaboration with The event is organized with AME – Associazione Musicale Etnea, Magma, G. & G. Cinemas Theaters Arenas, Anec.

– There are 0 contributions to the forum. –

David Martin is the lead editor for Spark Chronicles. David has been working as a freelance journalist.
Previous Neymar is not among the 100 most expensive players in Europe; see full list – Culture
Next Doja Cat is the only female in Spotify’s top 10 most listened to rappers

Among colleagues, as we know, it is always good to discuss: when it came to …