GOG will go back to the roots? Uninteresting information for players

GOG or Good Old Games is a website belonging to the CD PROJEKT group, which was launched in 2008. Initially, the store was supposed to sell only old, hard-to-reach games. However, it has evolved over time and has become a full-fledged portal with popular titles to buy. Unfortunately, something strange is happening to the portal. Will GOG go back to its roots?

See also: Microsoft Office for free – use it as much as you want

GOG.com is a digital distribution platform – an online store with a curated selection of games, an optional gaming client that provides freedom of choice, and a lively gaming community. All of this was born out of a deeply rooted love for games and the utmost care for customers. The platform puts players first.

The platform, however, is best known for selling games without digital rights management (DRM).

GOG will go back to the roots?

CD Projekt says GOG will put more emphasis on offering a “curated selection of games” and will move some developers to other projects. Financial losses are responsible for this state of affairs, so the company has to do something with an unprofitable branch in the end.

The site saw a slight increase in revenue, but a net loss of approximately $ 1.14 million in the final quarter. In general, over the past three quarters, the GOG has lost approximately $ 2.21 million compared to a gain of $ 1.37 million over the same period in 2020. In 2019, as much as 10% of the GOG crew were dismissed.

“As for GOG, its performance is challenging and we have recently taken steps to improve its financial health. First of all, we decided that GOG should focus more on its core business, which means offering a carefully selected selection of games with a unique DRM-free philosophy. In line with this approach, there will be changes to the team structure. “

Nielubowicz said that some of the developers who worked on GOG online solutions will be transferred from the project. In late 2021, GOG will also be disconnected from the Gwent consortium, an interdepartmental project related to the card game. This means that it will not incur any development costs or share the profits with the consortium. CD Projekt previously called Gwent “the most important project of 2017 in the GOG.com segment.”

CD Projekt did not respond to how its new strategy might translate into changes to GOG features or directory. However, some kind of return to the company’s roots can be expected.

Fan of video games and new technologies, I am editor in this environment for several years already. I like to share my passion through news, tests and other files. I also love wrestling and Marvel Comics.
Previous IAI: Multipurpose drones and a sea and land shield [WYWIAD]
Next Lotos field Yme – production stopped 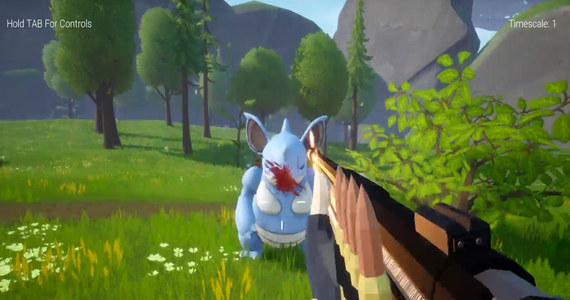