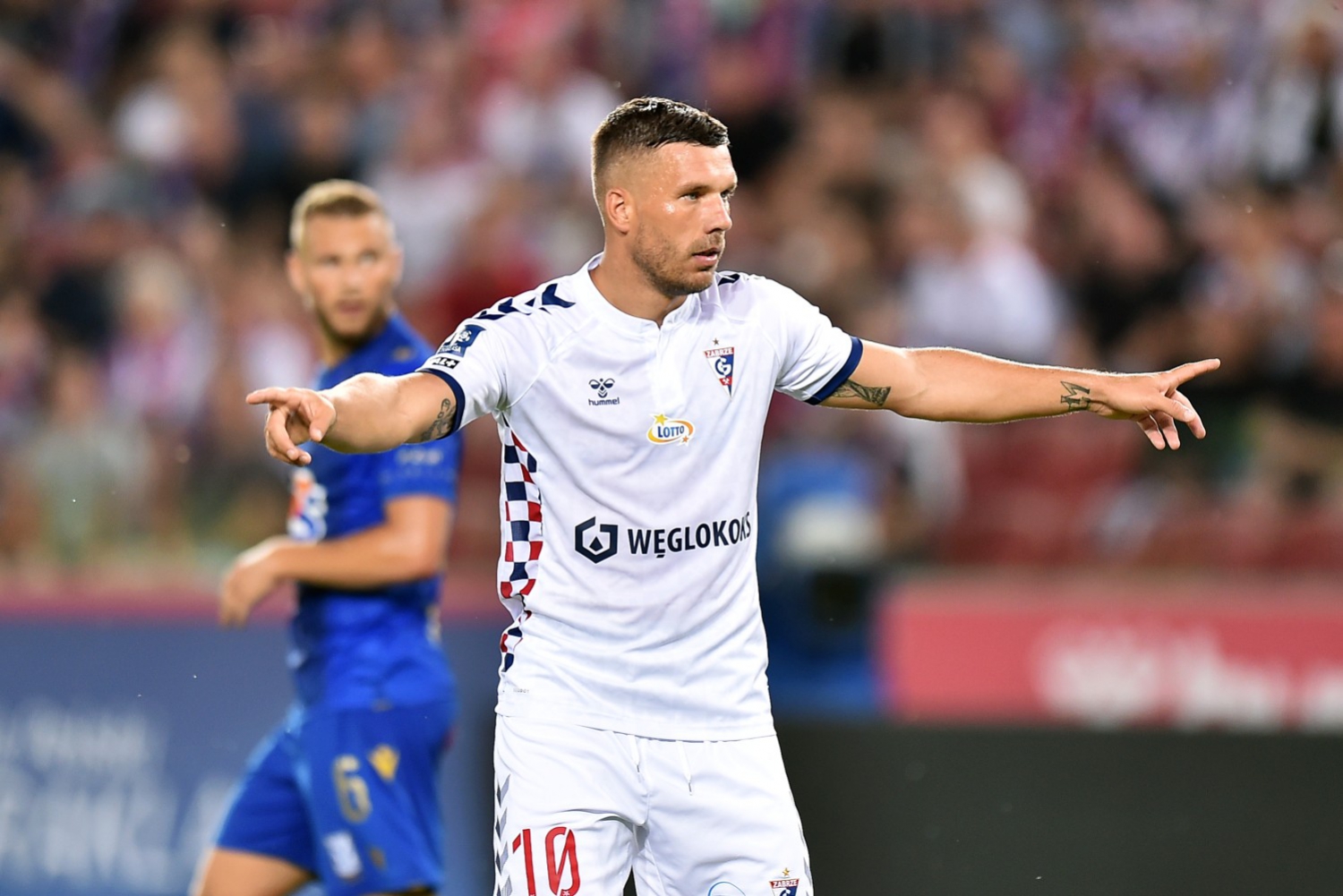 Lukas Podolski revealed that his adventure with Górnik Zabrze does not have to end this season. In an interview with Sports Facts, he admitted that he would not end his career for sure.

For many years, the former representative of Germany of Polish origin assured that he would like to prove himself in the colors of Górnik Zabrze before the end of his career. In recent seasons, the footballer took somewhat exotic directions, hence the hopes of Zabrze for the fulfillment of the plan were only fueled, until at the end of last summer the 36-year-old decided to make his dream come true.

The beginnings were not easy due to the player’s other commitments in Germany, but with time the confusion subsided and the 2014 World Champion managed to concentrate on the game. He has scored three goals and one assist in 14 league appearances so far, but he wants more.

– I would be stupid to say it was wrong. Was well! – he says enthusiastically in an interview with Piotr Koźmiński from Sportowe Fakt.

– We are seventh in the table, 28 points, the last games were good. We showed that Górnik is not so small at all.

– Do I especially remember a match? It doesn’t work that way for me. I do what I love in a club that I love. As I said before, my whole career has been my dream of wearing this T-shirt. And when I see a “tense” on it and my name, it just gives me shivers. This is what I wanted.

Podolski assures that he does not intend to stop there. His contact expires at the end of the season, but the striker ensures that it does not have to be the end of the cooperation. He will definitely want to play football again.

– I love football, training and matches, I still want to play. At this point, today, let me say this: I don’t want to end my career this summer. Will I stay in Górnik then? We’ll see. I’ve always said I want to build something here.

David Martin is the lead editor for Spark Chronicles. David has been working as a freelance journalist.
Previous NIK audited the works at the STH. Marcin Horała refers to the report
Next Archbishop Wester: this is a “diabolical spiral” that threatens everyone