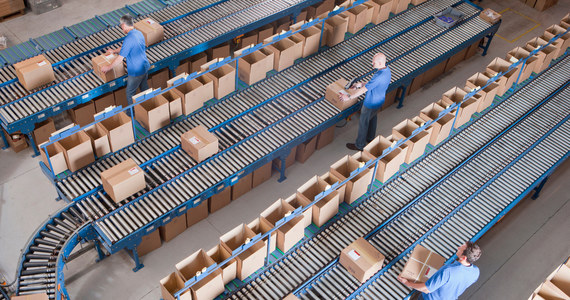 “Go to the light side of the force and you will miss the consequences” – such a deal is proposed by the government to employees and employers. It’s about working illegally or paying part of your salary under the table. The regulations have changed since the new year – the gray economy will pay less, and being caught red-handed will cost more.

Along with government tax solutions included in Polish Lada come in from the new year, the recipes they have seal the labor market and discourage employment in the shadow economy. The report of the Polish Economic Institute shows that approx 1.5 million Poles. According to government estimates, the State Treasury is losing out on this PLN 17 billion a year. The reason for this is high tax burden – admits the Ministry of Finance and boasts that the Polish Order will lower taxes, at least for some citizens. In addition, those who are already in the shadow economy are often afraid of leaving it, because they can be caught, and under the current legal status, the employee is taxable. That, however, will change soon.

The costs are therefore both economic and social. Not only is it losing the public budget, such illegal employment does as well unfair competition to those entrepreneurs who legally pay taxes.

However, the most disadvantaged are employees – those who work illegally, without a contract, have no social insurance, do not pay their health or pension contributions, and are not covered by any labor law provisions. Usually, the problems start with the employee’s illness, accident at work, vacation application or when the employer does not want to pay for the work performed. On the other hand, those who have part of their salary under the contract, and the other, usually more, part of their salary under the table, lose on pension contributions..

Go to the bright side of the force – appeals by the Ministry of Finance, the National Tax Administration, the Social Insurance Institution and the National Labor Inspectorate. At the same time, state institutions threaten with new regulations and inspections in enterprises, but they also give employers and employees the possibility of rehabilitation without consequences.

Since January, the biggest change has been the transfer of all responsibility for illegal employment to employers. Until now, if the inspection of a state institution proved that an employee was illegally employed, he had to pay all outstanding, unpaid contributions and taxes. According to the amendment, the employer will bear all the costs.

From the new year, it is not the employee who will bear the tax consequences, but the employer – says deputy finance minister Jan Sarnowski.

On the other hand, we also want to give employers the opportunity to repair relations with employees and return to legal accounting. Hence a kind of abolition. If no inspection has been initiated against the employer, the overdue tax with interest for the years 2021 and earlier will not be paid by the employee or the employer. A hot recommendation for all those involved in this practice to end such practices and formalize employment by January at the latest – he adds.

So the government is reaching out to those involved in illegal employment. But this is not the end of the changes that will cost the employers involved in this practice dearly. Not only will the employer have to pay outstanding public levies, but also a tax penalty. According to the new regulations, for each month in which the existence of illegal employment with the employer is proven, income will be generated in the amount equivalent to the minimum remuneration for work. The employer will have to pay tax on this income.

Another element is the expansion of the catalog of non-tax deductible expenses. If it is found that illegal employment or the undercutting of the calculation base of employees’ contributions is found, i.e. paying wages under the table, the employer will not be able to count as tax deductible costs the remuneration paid for illegal employment and the part of the remuneration that has not been disclosed within the prescribed period. The same applies to unpaid ZUS contributions.

Polish Order. Tax changes from 2022. Who will gain and who will lose?

How does the state find out about illegal employment? First of all, from inspections in enterprises. Last year, the Social Insurance Institution itself, despite the pandemic, inspected 55,000 companies.

But we also obtain information from whistleblowers – says the president of the Social Insurance Institution, Gertruda Uścińska. This is an increasingly developed source. Former employees or accountants inform us, and especially in the case of micro-entrepreneurs, the so-called copies of the payout notebook, CD with the so-called “second accounting” or pictures of unofficial payrolls – he adds.

Most often, irregularities are found in micro-companies, i.e. those employing up to 9 people. Road transport, gastronomy, restaurant, security activities and construction works – that’s where irregularities most often occur – the president of ZUS presents the results of the inspection. Gertruda Uścińska points out that the scale of these irregularities, although decreasing, is large: According to the data of the Central Statistical Office, the shadow economy as a share of GDP due to performing undeclared work in 2008-2018 amounts to 10%.

Last year, the National Labor Inspectorate carried out over 11,000 checks – irregularities were found in over 5,000 cases – enumerates the deputy Chief Labor Inspector Jarosław Leśniewski. In our inspections, illegal employment predominates in trade, repair, manufacturing and construction. The largest percentage is recorded in microenterprises – he points out.

In the opinion of PIP, the amendment will contribute to reducing the fears of illegally employed workers. We hope they will complain to us more often. And this is a source of information for us – then the controls are effective – concludes the deputy head of the National Labor Inspectorate.

Thus, the government gives entrepreneurs and employees a chance, and at the same time forces employers to be less willing to employ illegally or to pay part of their remuneration under the table. The question is whether some entrepreneurs who are hovering on the verge of profitability will be interested in leaving the shadow economy on preferential, abolitionist terms. And since “the Pole can do it”, it will probably not be impossible to bypass the new regulations either. The key to clearing the labor market from pathological procedures are on the one hand inspections, and on the other hand simplifying the tax system and reducing the tax burden, and entrepreneurs are not likely to wait in the near future.

Inflation is rising in the European Union. Poland beyond the podium

The variety offered by video games never ceases to amaze him. He loves OutRun's drifting as well as the contemplative walks of Dear Esther. Immersing himself in other worlds is an incomparable feeling for him: he understood it by playing for the first time in Shenmue.
Previous Cheaper latest Kindle, headphones and more – Amazon Black Week continues
Next The former football player from Legia eloquently taunted Mioduski. He didn’t even need the words Soccer