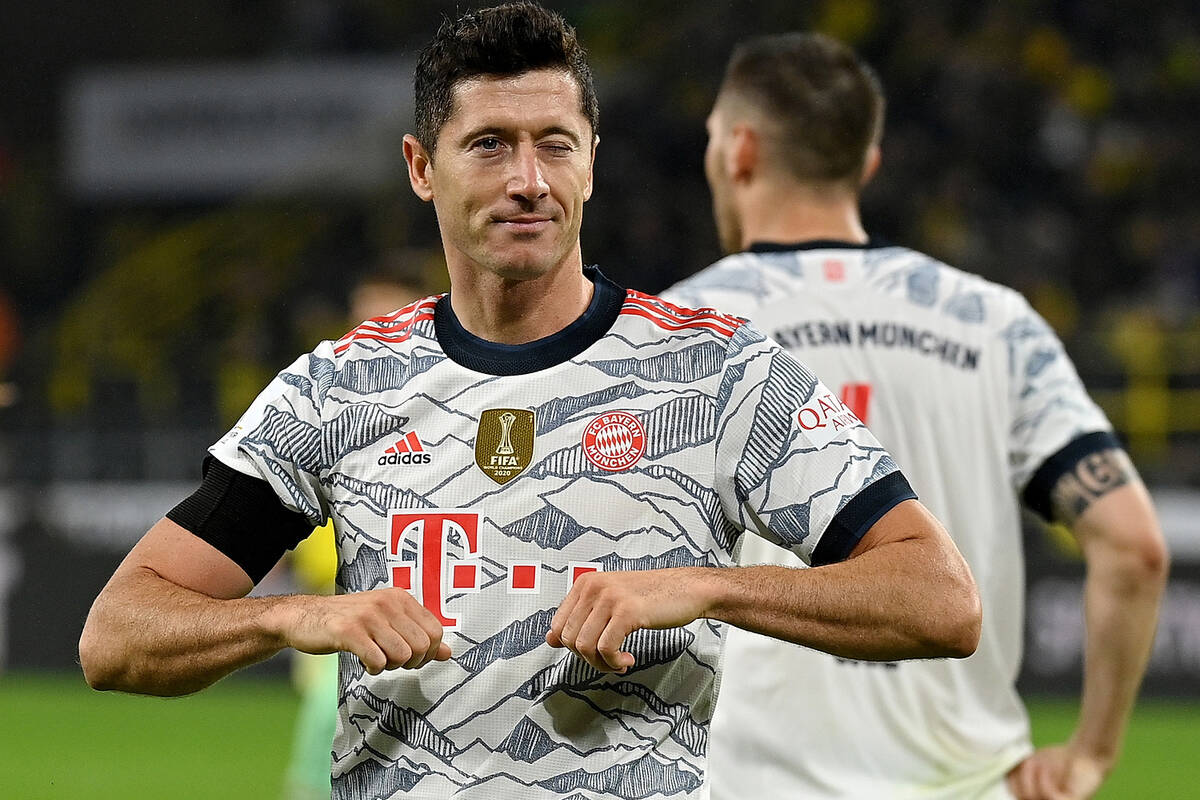 “He sent another cover letter before the Golden Ball gala”. Germany delighted with the goal of Robert Lewandowski

German media are delighted with the beautiful goal of Robert Lewandowski in Bayern’s match against Dynamo Kiev (2: 1) in the Champions League. – He sent another cover letter before the Golden Ball gala – assessed the website 90min.de.

The Pole scored after a quarter of an hour – you can see his goal HERE. He scored already in the ninth game of the Champions League in a row. We write about his achievement HERE.

– This is what the goal of the world stadiums looks like. It was the last appearance of Lewandowski on the European scene before the announcement of the results of the Golden Ball plebiscite. After such a goal, Lewandowski deserved it even more and also responded to his critics in Poland. At home, Lewandowski is criticized for not playing against Hungary in the World Cup qualifiers – summed up “Bild”.

This was followed by “Abendzeitung”. And he rated Lewandowski’s performance at 2.

– What a goal! He has scored in his last nine Champions League games. In total, he scored 25 goals in 19 games this season – enumerates the newspaper.

The captain of the Polish national team also received 2 from “Tageszeitung”.

– Mega Roller! Overall, it was too rarely used by teammates – says the journal.

The goal.com portal gave the same rating to the Polish striker.

– A world-class goal. He also presented some good passes – summed up.

– The superstar put Bayern ahead – and how. The Pole finished the action with a fantastic rollover. Besides, he was inconspicuous, but it was also due to the lack of passes – it evaluates the site “Sport1.de”. The Pole got 2.

The “Sky” television portal assessed the Bayern striker lower. According to him, the Pole deserved only 3.

– He proved his world class with a rollover. It was different in a few other situations – noticed.

The players were assessed by the portal 90min.de on a different scale. Lewandowski awarded 7 out of 10 possible points.

– He sent another cover letter before the Golden Ball gala. His flip was great – wrote in the comment.

It is known, however, that the beautiful goal of Lewandowski will not have any impact on the results of the plebiscite of the “France Football” magazine. Voting in it ended at the end of October. The award ceremony will take place next Monday.