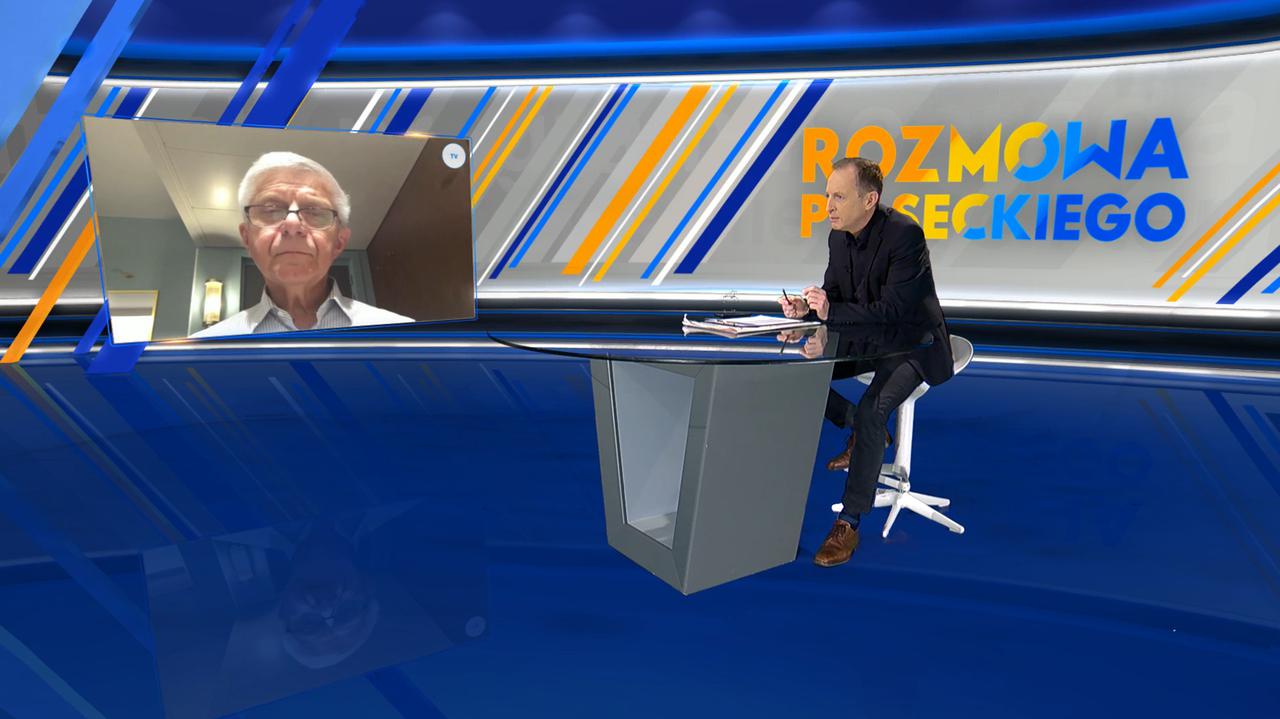 High inflation, low value of the zloty. Marek Belka: We are facing a difficult period in the economy

Marek Belka, a former prime minister and former head of the NBP, spoke about rising inflation and the falling value of the zloty on Tuesday in “Rozmowa Piasecki”. In his opinion, inflation “has already gotten out of control, but that does not mean that one should not act to slow down its pace”.

The latest GUS data show that inflation in Poland in October increased by 6.8 percent year on year. This is the highest level of inflation since 2001. The value of the zloty is also falling. On Monday, the euro cost the most in 12 years – over PLN 4.70, the dollar almost PLN 4.20, and the Swiss franc – a record-breaking over PLN 4.50.

When asked what had to be done to stop the rise in inflation and the depreciation of the zloty, he replied that “first of all, the cycle of rate hikes should be continued”. – It is painful for many, but necessary – he stressed. – Secondly, it must be clearly said – and through the mouth of the NBP president, and not the prime minister – that we are concerned about the weakness of the zloty, which will be interpreted by the markets as an inclination to act in the opposite direction – he said.

He said “This can be done today, but that doesn’t mean it will have positive results immediately.” “We are late in the fight against inflation and in the fight for a strong zloty, and it is quite a lot,” assessed Belka.

Inflation – as the former head of the NBP said – “has already gotten out of control, but that does not mean that one should not act to slow down its pace”. – We are facing a difficult period when it comes to the economy – he predicted.

Belka: we have to pay for these governments

When asked about the reasons for the rise in inflation and the fall in the value of the zloty, he stated that “apart from purely economic factors, this is all the polexit talk, the government’s clearly anti-EU policy, in addition to these events on the Polish-Belarusian border”.

– All this creates a bad atmosphere around Poland and if someone intends to invest in Poland, he or she suspends, and if someone has any financial assets, slowly but gradually gets rid of them – said the former prime minister.

What to do to stop those who flee Poland and weaken the zloty? – In principle, the government should be changed – said Marek Belka in response to a question from Konrad Piasecki.

– I do not believe that this government could suddenly be perceived as Euro-enthusiastic, as not playing with the fire of Polexit. These are the consequences. For many years we were convinced that everything is OK, and now we have to pay for these governments – said the TVN24 guest.

Belka: The NBP and its president are treated as very dependent on the government

Konrad Piasecki, who runs the program, also asked Belka to evaluate the activities of Adam Glapiński, the current president of the National Bank of Poland. – One of the basic conditions for an effective policy in the central bank is the credibility of this institution and its president. This institution and its president are treated as highly dependent on the government, he said.

When asked if Glapiński should remain in the position of the head of the NBP for a second term, he replied that “he always responds to such a suggestion: show me what the alternative is”.

Is Glapiński a competent president for difficult times? – The results themselves show that it is not. It’s not just that inflation is high. (…) The point is also that people do not believe that inflation is under control and expect it to be even higher. This is a key issue, replied the former prime minister.

He also referred to the Special Economic Award, which Glapiński was honored by President Andrzej Duda at the beginning of November. – President Glapiński should be congratulated. However, this award is embarrassing, its founder simply acted like a pack of nails. In such a situation, it is better to remain calm and distance to the matter – commented the TVN24 guest.

The variety offered by video games never ceases to amaze him. He loves OutRun's drifting as well as the contemplative walks of Dear Esther. Immersing himself in other worlds is an incomparable feeling for him: he understood it by playing for the first time in Shenmue.
Previous Delta-like SARS-CoV-2 variants are likely to worsen the severity of the pandemic
Next Solskjaer was fired by Ronaldo’s transfer? “He threw all the plans out the window”