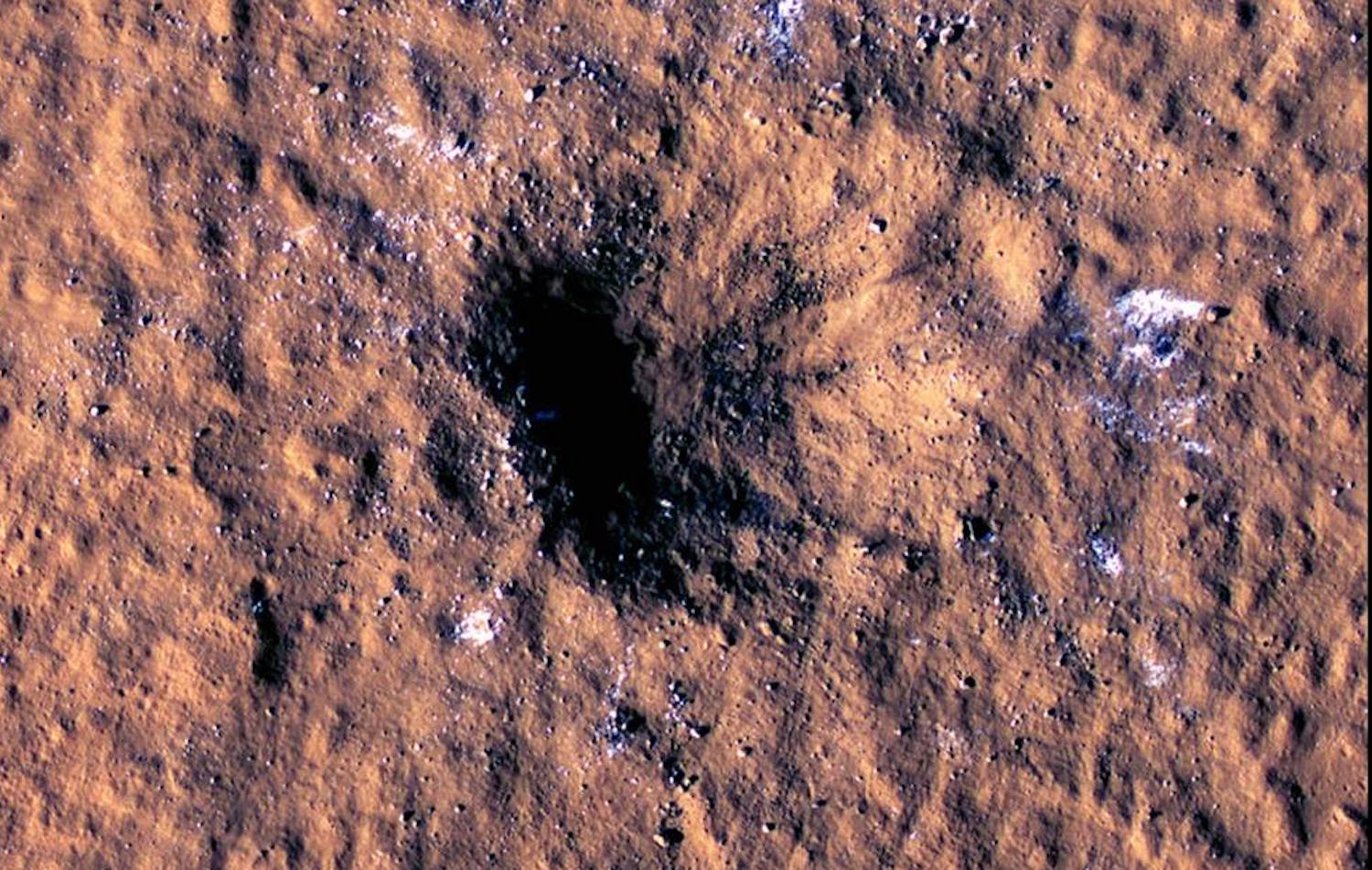 InSight, from the earthquake to the meteorite

The December 24, 2021while on the Earth the James Webb Space Telescope was preparing to leave to revolutionize the observation of the cosmos, on Mars the NASA lander InSight recorded an extraordinary earthquake.

The seismometer installed on board InSight, developed by the French Cnes, over the last few years has allowed us to reveal important clues about the interior of the red planet. Throwing a new light on the so-called marsquake. The shock recorded on Christmas Eve, of magnitude 4was the strongest recorded to date – the record was later broken in May 2022with an earthquake of magnitude 5.

But, as is the case with all the strong tremors detected by InSight, scientists have continued to work hard on the data to better understand the nature of these Martian tremors. Now a double study just posted on Science reveals the origin of that Christmas Martian earthquake: a impact meteoritic. Even one of the most powerful ever seen on Mars since NASA began exploring the red planet.

The two researches published simultaneously on Sciencerespectively led byEth of Zurich and from Malin Space Science Systems of San Diego, reveal that the shock was caused by a meteorite, which fell at about 3500 kilometers away.

According to the authors, the object had an inclusive size between 5 and 12 meters: small enough to burn in the Earth’s atmosphere, but not in the thin Martian atmosphere, the density of which is just the1% than that of our planet. The impact, which occurred in a region called Amazonis Planitiaresulted in a crater of approx 150 meters in diameter And 21 meters depth. As well as a shower of fragments, flown up to 37 kilometers away.

All of this was reconstructed by combining the data from InSight with that collected by the probe Mars Reconnaissance Orbiterwhich already last September helped the mission team to “listen” the first impacts of meteoroids on Mars.

Here is that, when now the dust deposited on the solar panels is forcing InSight to prepare for retirementthe NASA lander never ceases to amaze.

Top image: the crater caused by the meteorite that fell on Mars on December 24, 2021. Credits: Nasa / Jpl-Caltech / University of Arizona

He likes dogs, pizza and popcorn. Already a fanboy of Nintendo and Sony, but today throws anything. He has collaborated on sites and magazines such as GameBlast, Nintendo World, Hero and Portal Pop, but today is dedicated exclusively to Spark Chronicles.
Previous Harry Potter, Professor Sprite says she has made little money
Next Tom Brady and Gisele Bundchen divorce, the announcement