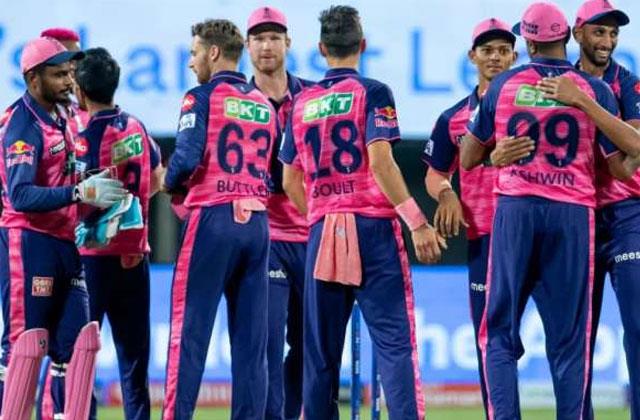 Sports Desk : Rajasthan Royals have suffered a major setback in the current season of the Indian Premier League (IPL). Their fast bowler Nathan Coulter-Nile has been ruled out for the remainder of the tournament. He played only one match for the Royals this season against Sunrisers Hyderabad in his opening match. The fast bowler had suffered an injury in that game itself and walked off the field.

He did not play in the next two matches and was eventually ruled out of the tournament. Coulter-Nile didn’t make a memorable start in that match by conceding 48 runs in his three overs. The official Twitter handle of Rajasthan Royals revealed the news of the departure of the Australian fast bowler. He wrote, We will meet again, NCN. Get well soon Rajasthan Royals had bought Coulter-Nile in the mega auction for its base price of Rs 2 crore. The franchise has yet to announce any replacement and would be eager to find a similar player for Coulter-Nile.

Meanwhile, Royals have made a good start in IPL 2022 by winning two out of three matches so far. They beat Sunrisers Hyderabad by 61 runs in their opening match and won by 23 runs against five-time champions Mumbai Indians. Rajasthan batsmen scored freely in both the matches and Jos Buttler also scored a century against MI. The bowlers also stepped in to restrict the opposition batsmen and eventually helped the team win both their matches. However, he could not defend a total of 169 runs against Royal Challengers Bangalore.