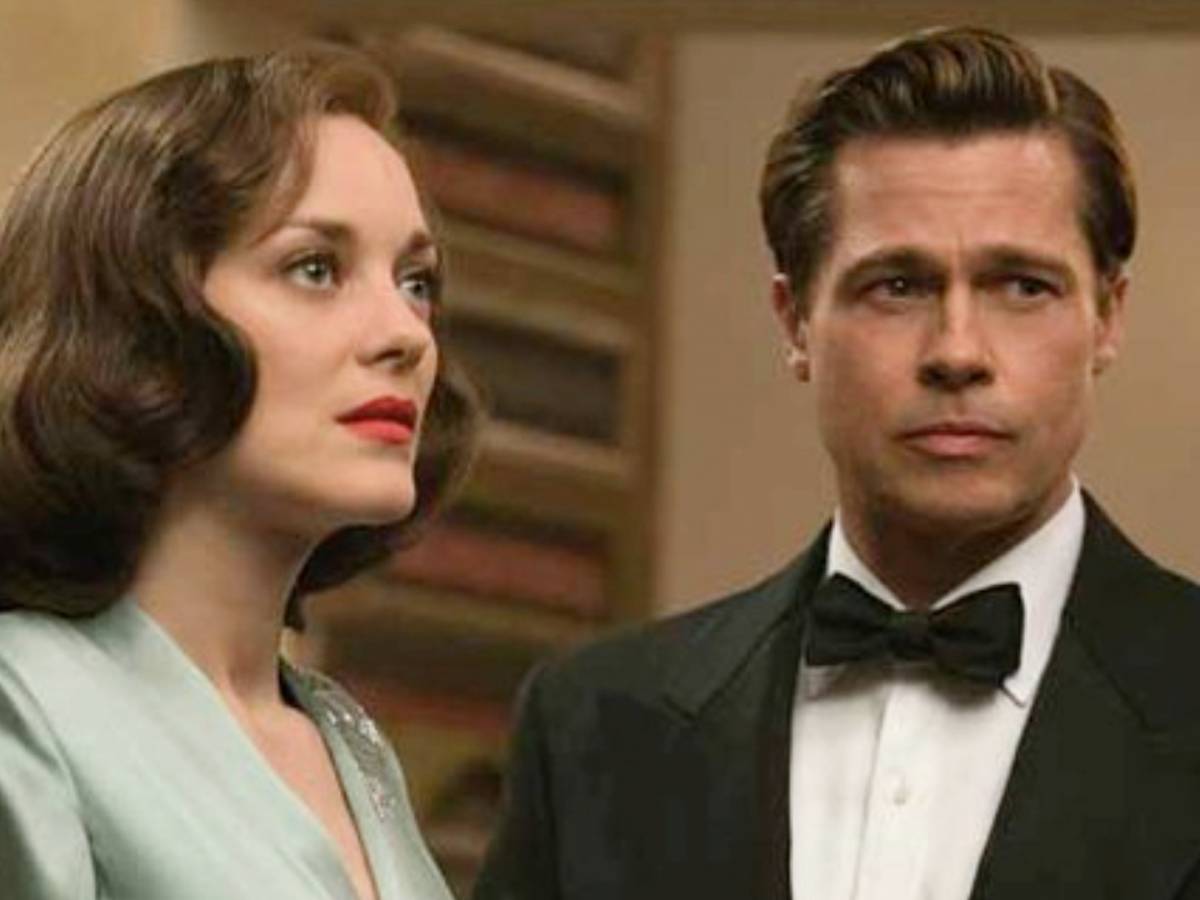 Is Allied the film that caused Brad Pitt and Angelina Jolie to divorce?

Allied – A hidden shadow is the film that airs tonight at 21.06 on La5. It is a film which, in spite of its success or otherwise, has made itself heard for having arrived at the cinema in an important moment in the history of Hollywood gossip. The film signed by Robert Zemeckis, in fact, arrived in theaters in 2016, shortly before the “scandal” of the separation between Brad Pitt and Angelina Jolie broke out. And for a short time it was assumed that indeed Allied could be one of the causes behind the separation of the two stars.

Max Vatan (Brad Pitt) is a secret agent assigned to reach Casablanca and his colleague Marianne Beausejour (Marion Cotillard) to carry out an assassination for the agency they work for. Forced to pretend to be husband and wife in order not to arouse suspicion and get as close as possible to the objective of the mission, Max and Marianne soon end up falling victim to the attraction they feel for each other and which survives even after work in Casablanca . In fact, having archived their work duties, the two decide to get married and move to London, where they also give birth to their eldest daughter, Anna. Family life seems to be a real idyll, despite the explosions of the Second World War on the horizon. But soon Max’s happiness will be jeopardized by a doubt that is instilled in him and which prompts him to investigate the very person to whom he gave his heart.

The alleged liason between Brad Pitt and Marion Cotillard

As often happens in the world of cinema, many viewers watched Robert Zemeckis’ film letting their imagination meet (or tamper with) reality: since in the film Brad Pitt and Marion Cotillard seemed truly in love and with strong chemistry, many viewers are convinced that between the two there was a liason sentimentality that goes beyond the contractual obligations. On the other hand, Brad Pitt had already cheated on his ex-wife Jennifer Aniston right on a movie set – Mr. and Mrs. Smith, in which he met Angelina Jolie – so it wasn’t so crazy to think something like this could happen again. Marion Cotillard-French actress who has established herself to the general public thanks to her performance in La vie en rose – has long been engaged with the actor and director Guillaume Canetbut in the past she had already been indicated as a possible romantic interest of actors with whom she had shared the set, such as the Michael Fassbender from Macbeth.

News, those on the French actress, which have always been denied, but which have not prevented Cotillard from being involved in spite of the media in the most famous divorce in Hollywood, before the arrival of Johnny Depp and Amber Heard. When the news of the separation of Brad Pitt and Angelina Jolie broke the tabloid Page Six reported that the two Hollywood stars had split due to a betrayal. According to the source close to the stars reported by Page Six, Angelina Jolie she would have even hired a private investigator to check Brad Pitt, because Jolie had reached rumors that her husband was flirting with Marion Cotillard. The source reported by the newspaper would have said: “She felt like he was playing the fool with her on set and it turns out that, indeed, he was. That was the final straw.” The news reported by Page Six spread like the proverbial wildfire and soon many newspapers – such as, for example, Harper’s Bazaar, reported the news that Brad Pitt was having an affair with Marion Cotillard. At one point, the situation had gotten so out of hand that it was Marion Cotillard herself – so attentive to her private life – who intervened, with a long post on her Instagram account in which one can read: “This will be my first and only reaction to the news that came out twenty-four hours ago and into which I was drawn, in spite of myself. I’m not used to taking seriously or commenting on the level of nonsense being said about me, but since this situation risks to hurt the people I love, I have to express myself. First, many years ago, I met the man of my life, the father of our son and the baby we are currently waiting for. He is my love, the my best friend and the only man i need. Also to those who think i might be devastated in any way…well thanks a lot, but i’m fine. These kind of lousy inventions don’t touch me at all way. And finally, to the “press”, to the haters, to the trolls who have such quick judgment I sincerely wish … to get well as soon as possible. Finally I truly hope that Angelina and Brad, two people for whom I a deep respect, may they find some peace in this difficult time”.

Subsequently, as stated on the Standard, Angelina Jolie specified that she had filed for divorce due to the abysmal and irreconcilable differences between her and the actor she had married. To this statement were also added details of a clash that took place on the family’s private jet, in which Brad Pitt would have had violent behavior towards one of the children adopted by the couple. Although Brad Pitt has never commented on this detail, he has confirmed his problems with alcohol and drug use. Angelina Jolie, therefore, would have filed for divorce for what she has defined “the welfare of my children”. None alleged betrayal results as a trigger for the separation.

David Martin is the lead editor for Spark Chronicles. David has been working as a freelance journalist.
Previous Emily Ratajkowski, we missed the leopard bikini: all too mini
Next In Celebration Of Violence Free PC Game Download Full Version