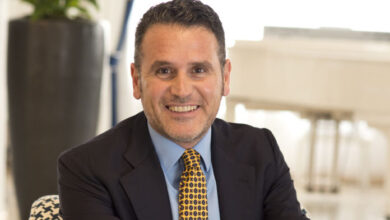 «It is an extraordinary result» – Il Golfo 24

For Maurizio Orlacchio of the San Montano Hotel this is a very important recognition: «This certificate of esteem from the ‘Travel+Leisure’ magazine is a confirmation for me because the name of Ischia has been around for years, especially in the North American market. For the achievement of this result the novel by Elena Ferrante ‘My Brilliant Friend’ which, as is well known, gave international attention to Ischia and the arrival of Pellicano Hotels were important. Travel advisors have also played a crucial role because, being constantly on the lookout for alternative destinations to the usual ones such as Capri and the Amalfi Coast, they have created a network of contacts around the green island. All this should be a lever to give life to a new model of promotion of the island on a market that is always developing and growing. I believe that this result should make everyone happy, without exception. At this point, the island’s production chain must seize the opportunity and relaunch itself after two certainly not easy seasons». The general manager of the Hotel San Montano added: «The North American visitor seeks authenticity in the places he visits and I believe that friendliness and hospitality have been the parameters that have rewarded Ischia the most. Clearly the scenic beauty, places of interest, beaches and food also played an important role. The readers of ‘Travel+Leisure’ magazine took these factors into account and I like to believe that it was precisely this mix that earned us the coveted first place». Maurizio Orlacchio concluded: «There are undoubtedly many problems on our island and it’s not up to me to say who is wrong and who is not. As it should be, politics must give the answers to the various categories and citizens. However, at least for once, I would like everyone in unison to be really satisfied with the recognition obtained because it doesn’t happen every day to be at the top of a ranking in the ‘Travel+Leisure’ magazine. Very often the islanders tend to see the glass as half empty and this is not a good thing. For once, let’s put the problems related to the tourism sector behind us and let’s all rejoice together».

David Martin is the lead editor for Spark Chronicles. David has been working as a freelance journalist.
Previous Luca Guadagnino has started filming Challengers with Zendaya and Josh O’Connor
Next The Sinner 4, the review of the last season: closes the crime series about sin and religion