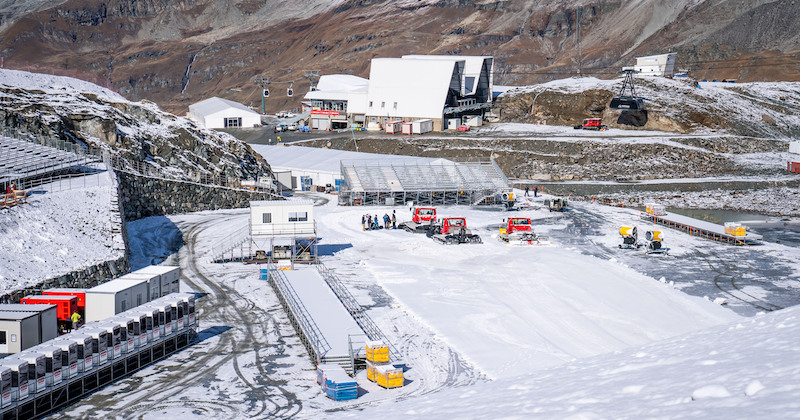 It’s still too hot for the Ski World Cup

The ski World Cup season had to start with a novelty: the four free descents scheduled in Zermatt-Cervinia, the first in history with departure and arrival in two different countries, Switzerland and Italy. The four races – two for men and two for women, scheduled for the last weekend of October and the first of November – have however been canceled because the weather conditions do not allow them to be carried out safely, or to be carried out on their own. As many have assumed for some time, it is too hot and there is not enough snow.

It is not unusual for ski races to be canceled and postponed, but the cancellation of all descents in Zermatt-Cervinia, and even before the decision to organize them right there and right between October and November, is part of general reasoning and debates on how the Ski World Cup can and should be adjusted to a changing climate context. With the need to go and find snow, or at least conditions that allow the aid of artificial snow, but also to pay more attention to environmental issues.

In Zermatt-Cervinia the downhill races should have been held on the Gran Becca track, along a track of almost four kilometers, starting at over 3,700 meters high and arriving at the Cime Bianche Lakes, at an altitude of 2,835 meters.

The races had been organized at high altitudes, largely on a glacier and quite far from the mountain towns that usually host the finish lines. In addition to being the first “cross-border” of the Alpine Ski World Cup, the races along the Gran Becca would also have offered the possibility, not at all common for those who had chosen to follow them live, to see more than two thirds of the race from the finish. entire descent.

For some time the decision to organize downhill races in Zermatt-Cervinia had been criticized. First of all for the logistical difficulties and the environmental impact, and then for the fact that it was organized so early in the winter season. Johan Clarey, forty-one year old French skier who got silver in downhill at the Beijing Winter Olympics, had already said a few days ago: “This race makes no sense and this appointment has no future”.

On 22 October the men’s descents scheduled for the end of the month were canceled. And yesterday, Tuesday 25 October, the women’s competitions scheduled for early November were also canceled. The races, which will not be recovered later in the season, were canceled because, even above three thousand meters, it rained rather than snow and because in the lower part of the track the surface was considered too soft and inadequate to guarantee safety. of athletes.

In communicating the cancellation of the women’s competitions, Franz Julen, the president of the organizing committee, spoke of “unusually high temperatures” and added: “If in the last few days they had been two or three degrees lower, we would have had intense snowfalls all along. the track and we could have produced artificial snow ». However, the FIS, the International Ski and Snowboard Federation, has confirmed its intention to try again in the “late autumn” of 2023.

The cancellations of the Zermatt-Cervinia descents follow the cancellation, last weekend – the first of the 2023 Ski World Cup – of the women’s giant slalom event in Sölden, Austria, due to bad weather. 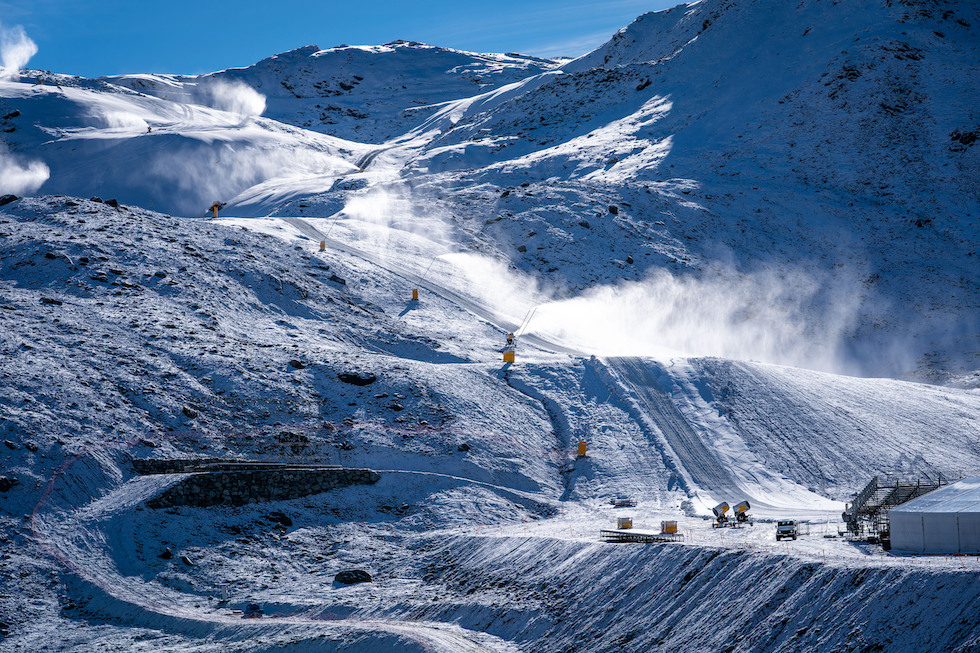 Therefore, with the exception of a single men’s race won by the Swiss Marco Odermatt, most of the World Cup season will start only on 12 and 13 November, with the parallel slalom of Lech / Zuers, again in Austria. But also for these races, he writes Snow Italy, there is already some doubt due to the momentary absence of snow.

According to the plans for the beginning of the season, already profoundly changed after less than a week, this ski World Cup season should have had over 40 men’s and over 40 women’s races, the first in late October and the last in mid-March. According to some, both the number of races and the fact that the season starts in October, when in many places, even in the mountains, snow is still rare are a problem.

After the cancellation of the first two runs of Zermatt-Cervinia, for which it is estimated that over five million euros have been invested, the technical director of the women’s national team Gianluca Rulfi told the Gazzetta dello Sport: «It starts so early for a matter of money. […] Adding a couple of weeks at the end of March would be the most logical solution even if many say that people are already thinking of the sea ».

Given that competitive skiing serves, among other things, to make spectators and enthusiasts want to ski and perhaps buy new equipment, it is in some ways commercially necessary for the Ski World Cup to start as soon as possible.

Given the problems that skiing could have in the coming seasons, there are those who have already hypothesized the introduction of competitions, at the appropriate times of the year, in Chile or Argentina (where athletes already train for part of the year ). On Tuttosportin an article on “skiing to rethink”, Gianmario Bonzi spoke instead of the need to “follow the snow” to summarize the need to reduce competitions, introduce flexible and modular calendars throughout the year and even a ” future inevitably channeled towards Cup tests also in ski-domes », that is, in indoor structures.

All the reasons that lead us to think of a different, more fluid and diluted future for the Ski World Cup, however, clash with the economic need to organize as many races as possible, so as to have access to more funds from venues, sponsors. and televisions.

David Martin is the lead editor for Spark Chronicles. David has been working as a freelance journalist.
Previous comes the hard punch on cars – Libero Quotidiano
Next “He killed 70 women, forcing children to hide their bodies”