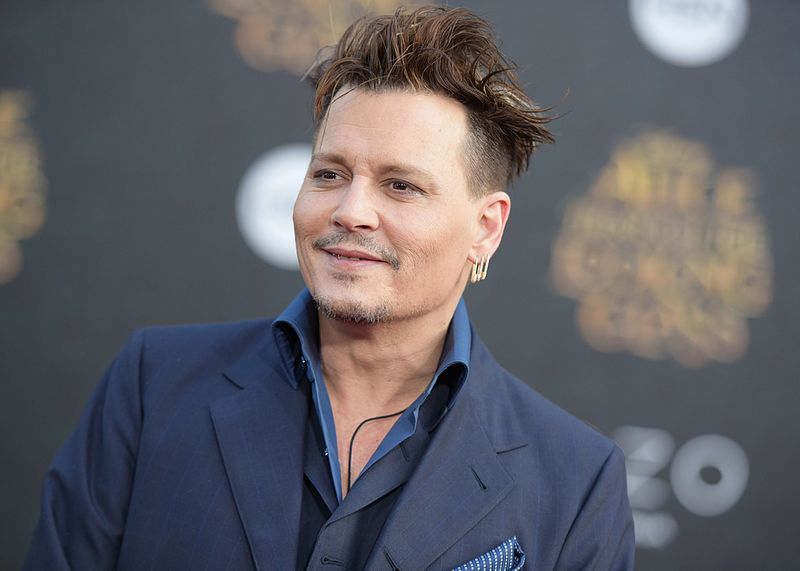 Johnny Depp has had a long and illustrious film career but, surprisingly, never won an Oscar. This is truly shocking, as the actor has played many different characters over the years and has skillfully filled each of them.

Having got off to a rather modest start as a regular character on the TV series “21 Jump Street,” Depp has put together an extraordinarily diverse collection of film roles, most of which have one thing in common: he’s drawn to playing outcasts or people. who are on the fringes of society going their own way and going their own way is definitely something that has been a hallmark of this much-awarded actor’s career.

Before delving into the long film career of this movie star, here are some curiosities about the multifaceted Johnny Depp.

Johnny Depp and the musical career

Considering his enormous talent, it’s easy to think that Johnny always wanted to be an actor. His first love, however, was music, Depp in fact dreamed of becoming a rock star. He had even dropped out of high school to pursue a career in music. He even got a record deal in Los Angeles with his band, The Kids, before turning to acting. In reality the actor has never abandoned this musical vein of his and still today he performs as soon as he has the chance.

Disney originally wanted Captain Jack Sparrow to be much more of the swashbuckling type, an Errol Flynn-style pirate gentleman. The choice therefore fell on the charming Johnny Depp. The actor, however, had a very different idea of ​​Captain Sparrow: dirty, drunk and with gold teeth. Disney initially said no, but eventually gave in and, let’s say, thank goodness!

Perhaps not everyone knows that Johnny, like a good pirate, is the owner of a paradise island in the ocean. Depp’s Island, made up of 45 acres of private and secluded space in the archipelago of the Bahamas, features a main house, which runs on solar energy, and a series of small annexes. There are white-sand beaches, each named after someone important to Depp, including his children Lily and Jack, Gonzo, a reference to Hunter S. Thompson, and Brando, after actor Marlon Brando. There is also a section called Heath’s Place for the late actor, Heath Ledger.

Returning to the cinema, here are the Johnny Depp films to see at least once.

A modern fairy tale that tells the story of Edward, a man created by an inventor who died before finishing him and left him with scissors where he should have had his hands. One day, when the local Avon rep goes to the historic mansion where she lived alone, she takes him home to be with her family. He has to adapt to the new life and environment he is not used to but he soon shows a talent for cutting hair and hedges and wins everyone’s hearts. But life isn’t always that sweet.

Edward Scissorhands was released to critical acclaim and was a financial success, grossing over four times his $ 20 million budget. The film received numerous Academy Awards, British Academy Film Awards and Saturn Awards nominations, as well as winning the Hugo Award for Best Dramatic Presentation. Even now, both Burton and Elfman consider Edward Scissorhands their most personal and favorite work. Despite the fantastic elements of the story, Depp made Edward such a likeable and recognizable protagonist that he was just trying to be accepted.

Based on a true story, Donnie Brasco follows FBI agent Joe Pistone (Depp) as he infiltrates the New York mob. By befriending Lefty Ruggiero (Al Pacino) under the name of Donnie Brasco, Pistone is able to fit into a mafia faction led by Sonny Black (Michael Madsen). Ruggiero and Pistone approach as the group goes to collect money. Meanwhile, Pistone collects undercover evidence. However, the arduous undercover work becomes more than Pistone can handle.

The 1997 film was directed by Mike Newell and also stars Bruno Kirby, James Russo and Anne Heche in supporting roles. Written by Paul Attanasio, it is based on the 1988 nonfiction book Donnie Brasco: My Undercover Life in the Mafia by Joseph D. Pistone and Richard Woodley. The film was a box office hit, earning $ 124.9 million against its $ 35 million budget and received positive critical reviews. The film was deservedly nominated for an Oscar for Best Non-Original Screenplay.

Here’s another collaboration between Johnny Depp and Tim Burton: In 1799, young police detective Ichabod Crane (Johnny Depp) is sent from New York to a small town called Sleepy Hollow to investigate a series of murders. Crane discovers that three of the murders were some of the most prominent men in the city. The council also says the murders were the work of a lethal Hessian knight (Christopher Walken), whose head was mysteriously severed. With the help of a young sidekick and the beautiful Katrina Van Tassel (Christina Ricci), Ichabod’s investigations take him further through the dark woods where more murders have occurred. What Crane doesn’t realize is that the mysterious Knight is being controlled by someone in a sinister plot to kill the fittest men in the village.

The film is based on the story of a drug lord Barrillo, who pretends to overthrow the Mexican president. Depp stars in Once Upon a Time in Mexico as a CIA agent willing to do anything to achieve his goals. The chilling scene where he kills a chef because the food is too good and he has to “restore balance” by killing him is reason enough to take a look at this film. Also memorable is the chilling sequence of the third act in which he wanders the streets blinded, proof that Rodriguez’s film, with Antonio Banderas and Salma Hayek, is electrifying from start to finish.

Pirates of the Caribbean: The Curse of the First Moon (2003)

William Turner, a resourceful young blacksmith, teams up with eccentric pirate “Captain” Jack Sparrow to save his love, the governor’s daughter Elizabeth Swann, who was mistakenly captured by the clever and wicked Barbossa, a former ally of Jack, to make a blood sacrifice to end the curse that was placed on him and his crew. Will and Jack steal a Royal Navy ship and arrive in Tortuga, a pirate port. There Jack meets his friend Joshamee Gibbs and with a crew of buccaneers and “able-bodied”, he sets sail to save Elizabeth and take back the Black Pearl. Meanwhile, Barbossa discovers that Elizabeth’s blood was not needed for the sacrifice, but someone else’s. Whose blood is it?

Charlie and the Chocolate Factory (2005)

This Tim Burton version of Roald Dahl’s beloved children’s book is much darker and therefore closer to the tone of Dahl’s book than Gene Wilder’s 1971 classic “Willy Wonka.” Charlie Bucket comes from a poor family and spends most of his time dreaming of the chocolate he loves but usually can’t afford. Things change when Willy Wonka, head of the world-famous Wonka chocolate empire, announces a contest in which five golden tickets were hidden in chocolate bars and sent across the country. Children who find tickets will be taken on a tour of the Wonka Chocolate Factory and will have a special look at the wonders inside. Charlie miraculously finds a note, along with four other children who are much nastier than him. The factory tour will hold more than a few surprises for this group.

Although young Mia Wasikowska takes the lead in this Tim Burton-directed show, all eyes, however, turn to Depp’s appearance as the craziest of Mad Hatters. With his bright orange hair and oversized top hat, Depp’s Hatter is a walking incarnation of Tim Burton movies. However, Depp takes some time to show the soft side of the Hatter, in the scenes of her with Alice, he creates a bond with her, perhaps acknowledging that both of them are strangers in this strange wonderland. Depp’s performance earned him his 10th Golden Globe nomination.

David Martin is the lead editor for Spark Chronicles. David has been working as a freelance journalist.
Previous Moscow: “We are open to negotiate”, meanwhile Kiev advances to Kherson – World
Next “Possible presence of plodia in the larval stage”