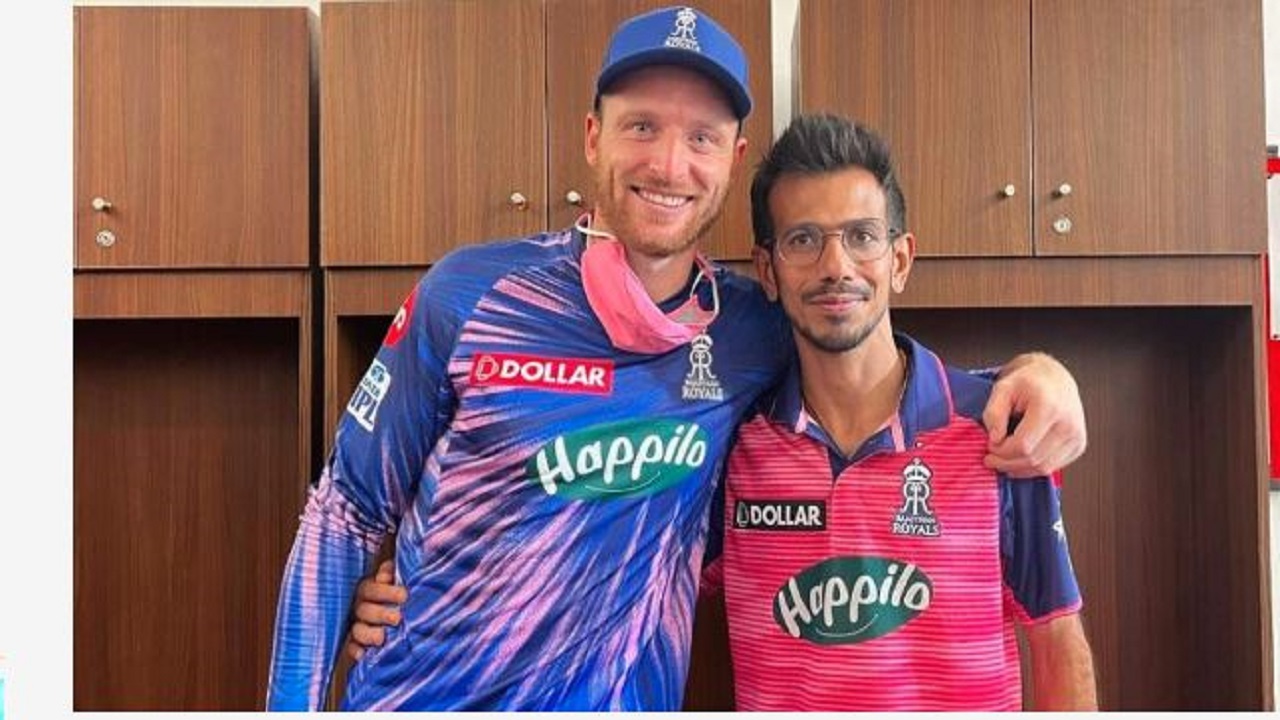 Jos Buttler under pressure even after scoring a century, yuzvendra chahal, IPL 2022

Opener Jos Buttler also scored his second century in the IPL as he along with hard-hitter Shimron Hetmyer helped Royals score 193 runs on the score board. 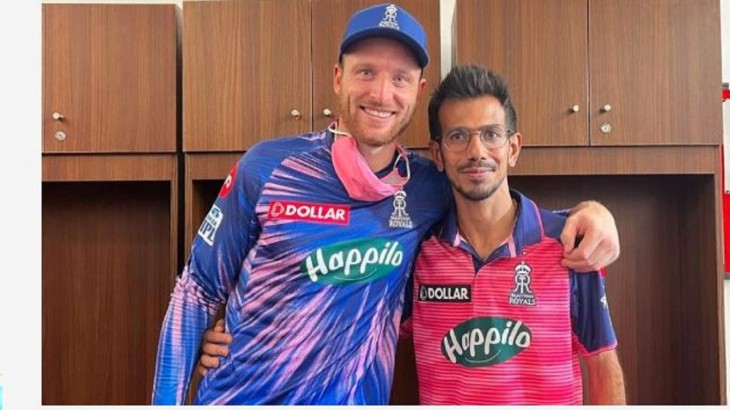 IPL 2022: Rajasthan Royals are currently at the top of the points table after winning their games against Sunrisers Hyderabad (SRH) and Mumbai Indians (MI) in the Indian Premier League (IPL) 2022. The Sanju Samson-led franchise defeated SRH by 61 runs and then went on to register a thumping win against MI. The team looks balanced with two of the world’s best spinners Ravichandran Ashwin and Yuzvendra Chahal along with Trent Boult and the famous Krishna’s pace attack.

Also read: SRH vs LSG: SRH will have to make these changes to win!

Not only this, his batting order also includes Jos Buttler, Sanju Samson, Devdutt Padikkal and Shimron Hetmyer who put pressure on the opposition. Opener Jos Buttler also scored his second century in the IPL as he along with hard-hitter Shimron Hetmyer helped Royals score 193 runs on the score board. In reply, Mumbai could have helped, but it helped to see their batting line-up in the form of Ashwin (Tilak Verma dismissed) and Chahal (two wickets in 2 balls) helping Rajasthan win by 23 runs.

Batting masterclass ️
Almost a hat-trick
A clinical victory@yuzi_chahal chats with Mr. Centurion @josbuttler whose dominating powered @rajasthanroyals to their 2nd win in the #TATAIPL 2022. – By @ameyatilak

Butler and Yuzvendra have a funny conversation

Even before the start of the IPL, Chahal had expressed his intention to open for Rajasthan in a witty tone and for this he had asked Butler. Chahal had expressed his desire to open with Butler. After the Mumbai match, when Chahal interviewed Butler, he asked that when you came to bat, you seem more confident because I am playing at number eight-nine? Responding to this, Butler said, Absolutely, ever since I came in this season, you are continuously pressurizing me to open. I have to score some runs to keep you out. Buttler also said that he really enjoyed the innings on Sunday and praised the Indian spinner for his spell. Chahal dismissed Tim David and Daniel Sams in successive deliveries and missed a good hat-trick.

Videogames entered his life in the late '80s, at the time of the first meeting with Super Mario Bros, and even today they make it a permanent part, after almost 30 years. Pros and defects: he manages to finish Super Mario Bros in less than 5 minutes but he has never finished Final Fight with a credit ... he's still trying.
Previous Get Free Diamonds and Bundles
Next ramiz raja on ipl: IPL 2022 ramiz raja on indian economy: IPL 2022