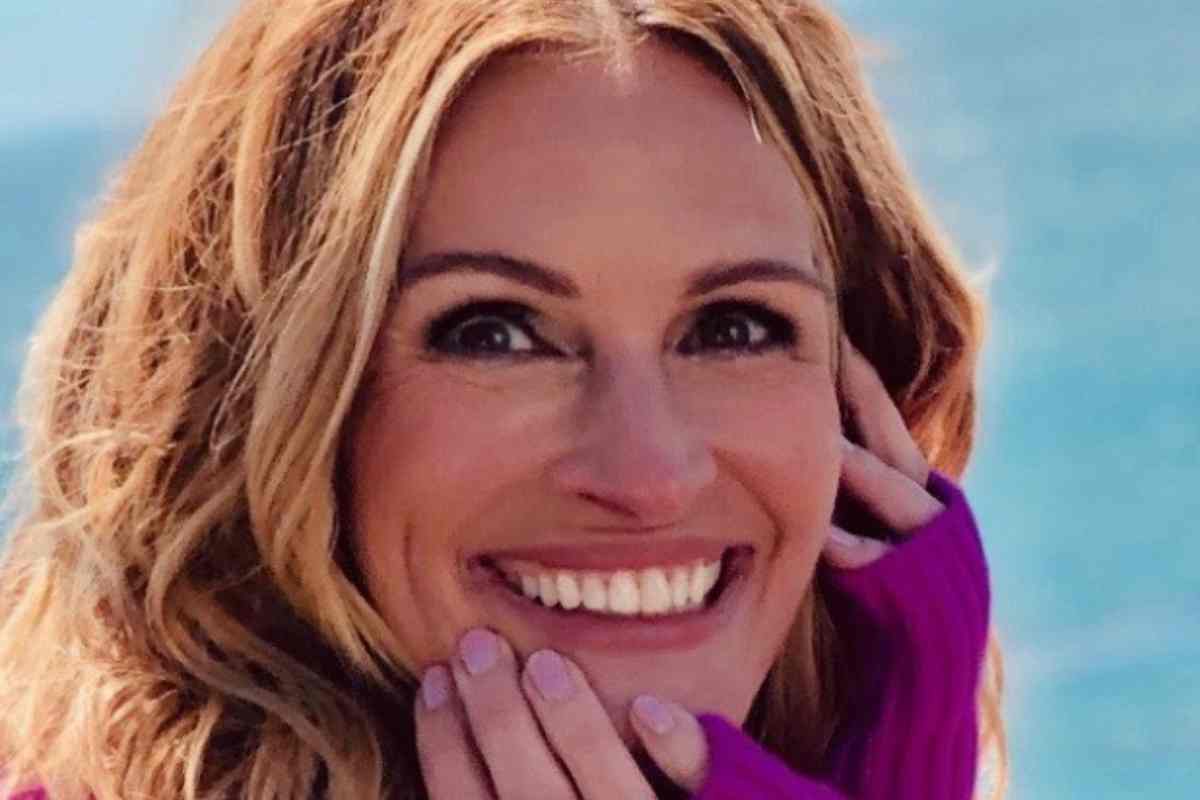 Julia Roberts Meets Sex Symbol | She asked for the autograph

Although today she is one of the most coveted (and paid) actresses in this photo she is an extra. Enchanted by a myth

Can a legend like Julia Roberts be less famous than someone else? Less desired? Yes it can. This photo that we offer you today proves it. Because it is true that today, at 55, she is one of the most loved actresses in Hollywood. But it is also true that in this photo she was the extra. In all senses.

Roberts’ first major role was in the drama Steel Magnolias (1989), for which she won the Golden Globe for Best Supporting Actress and received an Oscar nomination in the same category. She became a movie star after the hit romantic comedy “Pretty Woman” (1990). A cult together with Richard Gere. Thanks to this film she won a second Golden Globe and an Oscar nomination in the category of best actress. In 2001, she received critical acclaim for her performance in the biopic “Erin Brockovich,” for which she won the Academy Award for Best Actress, the Golden Globe for Best Actress in a Drama, a BAFTA Award and a Screen Actors Guild Award. Award.

Together with the star

Although today she is one of the most coveted (and paid) actresses in this photo she is an extra. To all effects. The shot, in fact, is from 1988. A then-unknown Julia Roberts starred in an episode of “Miami Vice.” Here she is, therefore, together with a myth like Don Johnson. Both with a typical 80s style. She with beautiful curls, he with an oversized jacket and hair pomaded back. With that tough air that gave him and still gives him, even today that he’s 72 years old, a great charm. American actor Don Johnson has always been much loved by women.

Don Johnson is known to the general public for playing Sonny Crockett in the popular TV series of the 80s, “Miami Vice”. A role that delivered him to immortality, due to the success of the series. A role that, moreover, came after years in which Johnson had to eat a lot of dust.

For years he only got parts in B-movies that were released only in the United States, mostly directly on VHS, combined with quick appearances in TV series. After years of marginal roles, the professional turning point came in 1984, when he was hired to play detective Sonny Crockett in the TV series “Miami Vice”. He works in tandem with Ricardo Tubbs, played by Philip Michael Thomas.

The show goes on for 5 seasons, until 1989, and gives Don Johnson, also involved in the direction of four episodes, worldwide fame and success. The look that characterizes detective Sonny Crockett leaves its mark on eighties fashion, making the spread of pastel colors, Ray-Ban glasses and loafers without socks proliferate. And on the acting level all the actor’s skills are showcased during the series, so much so that the film industry becomes interested in him in the years following the series. The rest of her career has certainly rewarded Julia Roberts more. But in this photo the appearance of her is absolutely her. And who knows if she, in the end, will have also asked the great Don Johnson for an autograph.

David Martin is the lead editor for Spark Chronicles. David has been working as a freelance journalist.
Previous It will be the year of sequels From “Creed” to “Exorcist”
Next the new collection will be released on June 7th