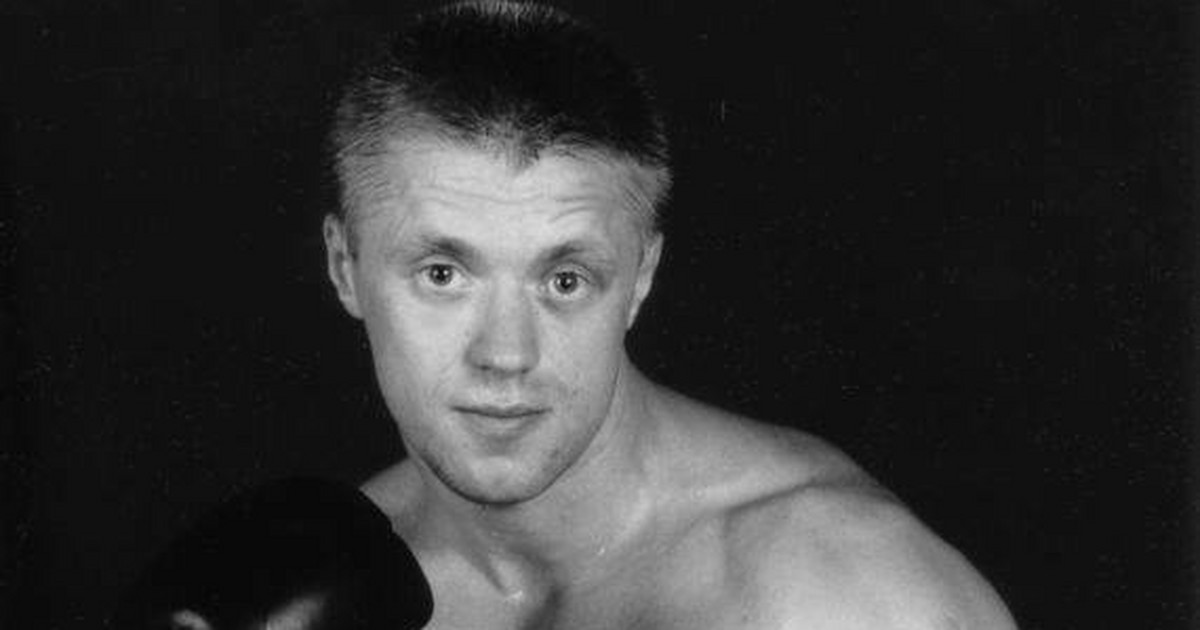 Kickboxing. Andrzej First – 25 years since his tragic death. Who was?

It was already morning. In November, the sun rises later, for Andrzej First it never woke up again. He was a good man who had no enemies. Someone, however, waited for him in the narrow staircase. The place was not accidental. In the cramped room, he stood no chance.

The perpetrators have never been found. Only in the course of the investigation it turned out that Janusz Trela ​​pseudonym Krakowiak, who was the leader of the most brutal gang in Poland at the time. He was supposed to order the murder of First. This was the result of the testimony of crown witnesses. It was probably a slander.

Andrzej First was allegedly the bodyguard of one of the people from the Krakow underworld. This one walked the streets spreading such a rumor. “Krakowiak” wanted to teach this man a lesson by attacking his alleged bodyguard. Only the whole story wasn’t true. First wasn’t the bodyguard of any gangster.

– The news that my brother had been attacked and that he was in a serious condition in the hospital found me at my father-in-law. In the morning my sister called with this sad news. We quickly got in the car and returned to Krakow. Andrzej was in the hospital on Trynitarska Street. In the early afternoon it turned out that the doctors failed to recover from the shock and he died – the kickboxer’s brother recalls those moments.

– The murder took place in the stairwell. Andrzej returned from the training camp. As I remember correctly, that was before going to Turin for the World Cup. He was supposed to come to Krakow only for the weekend. He decided to go to work during this short return home. He spent the night at the Pasja club, where he worked as a security guard. A friend drove him home and dropped him 50-60 m from the staircase. There, immediately after entering it, he was attacked. He was dealt dozens of knife blows. From this it follows that there must have been at least two attackers. In addition, the place was such that there was virtually no chance to defend it, because it was very tight. Besides, Andrzej had problems with his eyesight at that time. His conjunctiva was inflamed. This made him react badly to the change in light. In the morning it was still dark outside, and he entered the stairwell, and the light turned on. He was blinded by it. He tried to fight but failed. Nobody would ever come out of something like this – he adds.

On the day of Andrzej First’s death, on November 23, 1996, Grzegorz Zbroja was 18 years old. In the same year he became the European Champion and the Polish Junior Champion in kickboxing. First was his coach.

– On the day of Andrzej’s death, I was 18 years old. I remember that day perfectly. I couldn’t believe what I was hearing. He was a close person to me. He was able to win us over and take care of us. When he died, I felt like I had lost my father. It was a very difficult time – Grzegorz Zbroja thinks back to that day.

– What happened was a great surprise. Nobody expected such a tragedy to happen. Maybe Andrzej exposed himself to someone as the head of security in one of the clubs, because he worked in this role? Hard to say. It is all the more strange that he was a very calm and well-balanced man. He would never hurt anyone. Unless it was acting in self-defense. Anyway, he taught us all his life that we should use our skills in the ring, not on the street – he adds.

Just two years earlier, Andrzej First founded his own club – Krakowska Szkoła Sportowa Smok. Grzegorz Zbroja was with him from the beginning. Previously, he trained with him at the Orion Sports Club in Krakow. 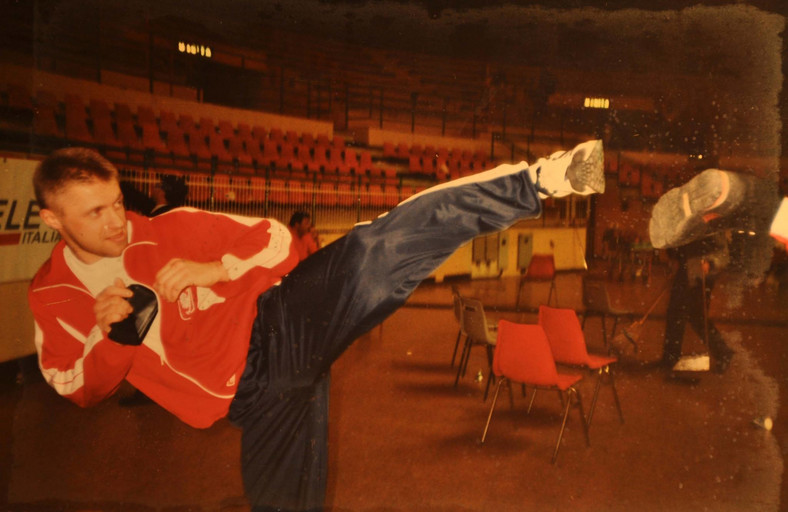 Andrzej First, wherever he went, he had friends everywhere. He was respected and liked. Nobody spoke badly of him.

– Before the murder, there were no threats against my brother. You could even say that the brother was a person who had no enemies. On the contrary. He had many friends and sympathizers. None of us, however, knows who our enemy really is, says his older brother philosophically.

– It was the 90s, and my brother was a kickboxing player, which was not on the list of Olympic disciplines. He set up his own club, but he also had to earn money to support it and travel to competitions. So he was forced to work. And it was such a well-paid job as a nightclub security guard. Andrzej was working at Pasja at the time. On this occasion, he could therefore have contact with people from the criminal world, but he was in no way connected with them – he adds.

In 1987, Andrzej First became the vice-champion of Poland in kickboxing in the light contact variety. He lost then to Marek Piotrowski, who was the first Polish world champion in this discipline. Anyway, to this day the latter is a legend not only of kickboxing, but of the entire Polish sport. In 1991, First, who had been Piotrowski’s sparring partner for some time, became the country champion in the full contact formula.

He quickly ended his sports career. He was 26 when he decided to become a coach. And he immediately became a valued trainer.

– He was a coach who was ahead of his time. He had great skills as a trainer. Anyway, even 25 years have passed since his death, we use many of his training patterns – says Grzegorz Zbroja, who continues what Andrzej First started.

– After Andrzej’s death, I was offered to take over training with Jacek Szarek. So I became a trainer at a very young age. Then Grzegorz Majcher joined us. We tried to keep the club alive and now it looks really good. We have our own sports facility in Zabierzów, the Boxing and Kickboxing Center. It is probably the most modern facility of this type in Poland. There are also great successes – boasts Zbroja.

The latter is the gold medal of the kickboxing world championship by Monika Puzio-Nieszporek. She is a player of the Smok Zabierzów Boxing Sports Club for them. Andrzej First. A few days ago she became the vice-champion of Poland in boxing. In the final, she lost to Laura Grzyb.

– I believe that Monika will become the Olympic champion in boxing – says Grzegorz Zbroja.

Andrzej First raised many excellent players. It is enough to mention Roman Bugaj, who was the world champion in kickboxing in the full contact formula. Wojciech Adamski was the European champion. 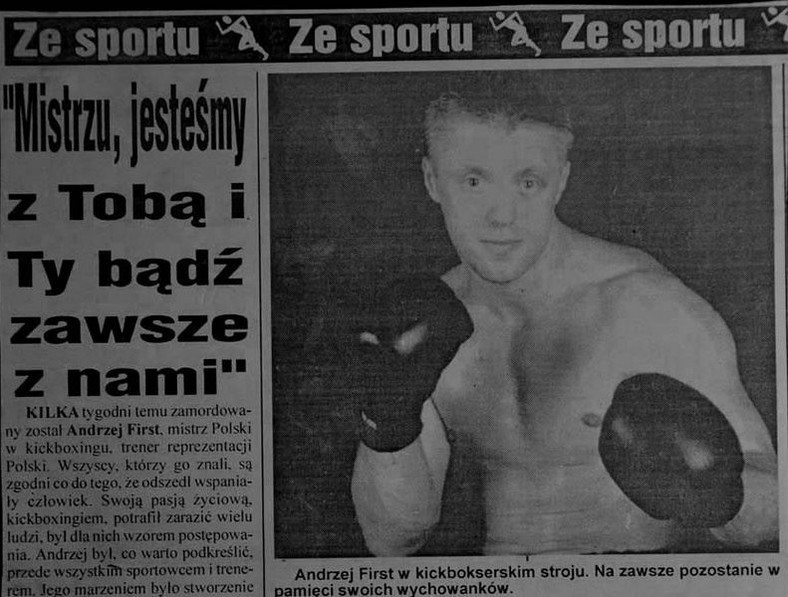 A fragment of the press material devoted to Andrzej First

Andrzej First strove to be a full-fledged professional. That is why he focused on education. He graduated from the Academy of Physical Education in Krakow, and then also postgraduate studies at the University of Economics in Krakow in marketing and management.

– Initially, Andrzej ran the club as a sole proprietorship. It was called the Krakow Dragon Sports School. After his death, a physical culture association of the same name was created. The school is still run by Andrzej’s students – says Andrzej First’s brother.

They were both born in Gorlice, but their lives are connected with Krakow. Their father was an officer in the Polish Army. In Kraków, he graduated from the Military Chemical Forces Academy.

They both became fascinated with martial arts thanks to Bruce Lee and the iconic “Enter the Dragon”.

– It was a time when “Enter the Dragon” reigned on the screens. We watched it several times, hence our fascination with martial arts. We were both living boys, so we also had harmless skirmishes with each other. Then, when we practiced various types of martial arts, we trained with each other – remembers the kickboxer’s brother. 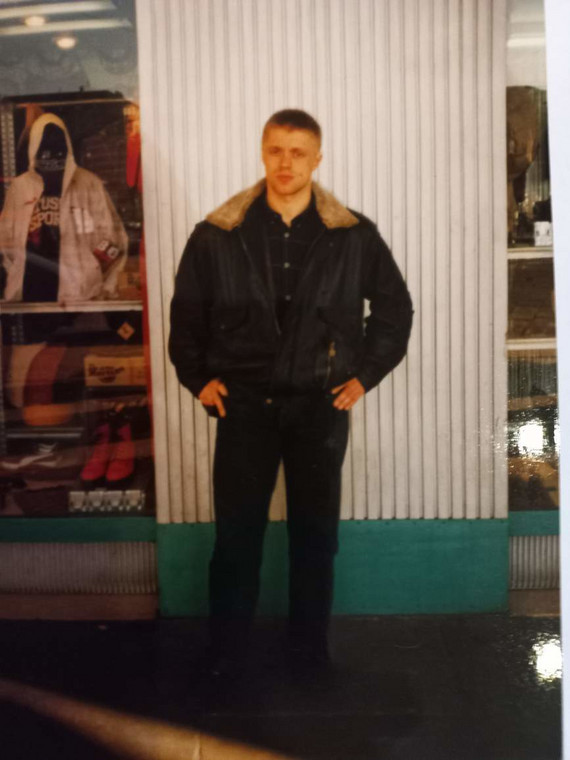 And what were the brothers? – We knew each other very well. Anyway, before I got married and left my family home, we lived together in the same room. We also shared common interests. We were both involved in martial arts. Until the car accident, I trained kyokushin karate, and Andrzej started with ju-jitsu, and after my accident he moved to the Krakow Orion Sports Club, where he first dealt with kyokushin karate, and then kickboxing. After spending several years in this club, he founded his own school.

Although Andrzej First has been dead for 25 years, the memory of him still lasts. It just shows how charismatic he was.

– He was able to attract many people. And at different ages. Anyway, it is still in our hearts today – concludes Grzegorz Zbroja.

He was respected and liked, and this is best evidenced by the way Krakow experienced the athlete’s death. His photographs were hung on notice boards and on poles. Several thousand people attended the funeral in Batowice.

The prosecutor’s office in Katowice brought several dozen of the most serious charges against “Krakowiak”, including an order to murder Andrzej First. After many years of trial, the court sentenced him to 6 years in prison for the murder of an athlete from Krakow.

During the trial, however, it was not possible to clarify who was commissioned to murder Andrzej First. The prosecution failed to collect evidence, and the accused himself did not want to cooperate with the court. A group from the police “X-Archive” was also working on the case.

“Krakowiak” himself, after more than 20 years in detention, was released in June 2019. Release was possible after a court hearing which combined all previous sentences into one – 15 years imprisonment.

David Martin is the lead editor for Spark Chronicles. David has been working as a freelance journalist.
Previous We got to know the nominees for the Grammy – CGM.pl
Next Barcelona – Benfica. Ronald Araujo pierced Kapustka. A strange injury. LM