Kiev: “The Russians could blow up Zaporizhzhia” – Europe

The general staff of the Ukrainian armed forces does not rule out that the Russians may resort to explosions at the Zaporozhzhia nuclear power plant “to permanently disable it and cause a disaster by blaming Ukraine”. Ukrainska Pravda reports it. According to Brigadier General Alexei Gromov, considering the Russian accusations about the risk of a ‘dirty bomb’, it is possible that “the occupiers could organize explosions at the Zaporizhzhia nuclear power plant and cause another crime against humanity”.

Ukraine rejects negotiations with Russia on the orders of the United Statesthe Russian president said Vladimir Putin in an interview with the president of Guinea-Bissau, according to the Kremlin spokesman quoted by TASS. Moscow would be ready to engage in negotiations on the basis of her interests but Ukraine is reluctant to do the same, the Kremlin added.

Kiev could try to use nuclear blackmail to get more and more financial and military support from the West: the Russian Foreign Ministry says, as reported by Tass. Russia, the ministry added, urges the West to influence Kiev to abandon a reckless plan with the possible use of a “dirty bomb”.

A Crimean power plant was hit in the night by a drone attack: the pro-Russian authorities announced it. “Today in the night there was a UAV attack (unmanned aircraft) on the Balaklava thermal power plant,” Moscow-based governor of Sevastopol, Mikhail Razvozhayev, said on Telegram. “The transformer is minimally damaged. There were no casualties,” he added. 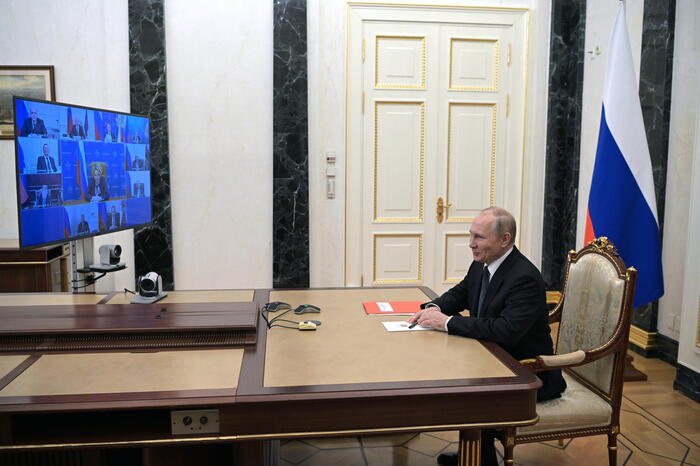 “The potential for conflict in the world as a whole, as well as at the regional level, remains very high. New risks and challenges for collective security are emerging, mainly due to a sharp aggravation of the global geopolitical confrontation.” This was stated by Russian President Vladimir Putin (ANSA)

Videogames entered his life in the late '80s, at the time of the first meeting with Super Mario Bros, and even today they make it a permanent part, after almost 30 years. Pros and defects: he manages to finish Super Mario Bros in less than 5 minutes but he has never finished Final Fight with a credit ... he's still trying.
Previous there is also a Milan player
Next The blazer dress conquers the autumn trend