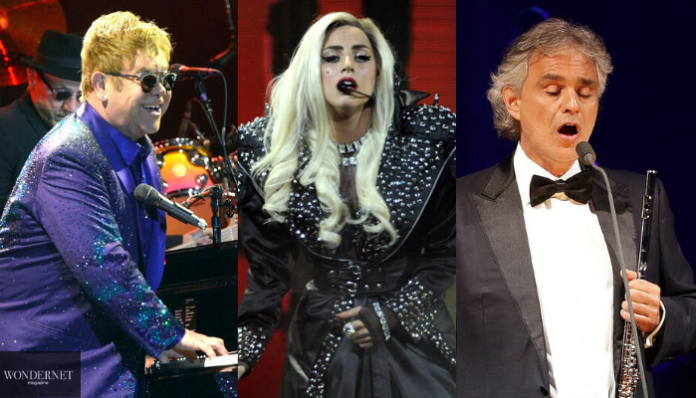 A po’ as happened in Italy with the program of RAI 1 “Music That Unites”even the music market, the most loved in the world, the american, has decided to organize something like this to entertain the public at home. After all of the main daily show, hosted the performance home of the stars as Mariah Carey, Alicia Keys and Demi Lovato, yesterday the handler, Jimmy Fallon and the singer Lady Gaga announced along with the event “One World Together ” At Home”, show organized by Global Citizen in collaboration with Lady Gaga. It will be a program of a total duration of two hours will air next April 18.

An event that will combine great presenters and great artists

To lead the event, we’ll find three of the most popular conductors in the u.s., there are three faces that are of every day in the homes of millions of people with quality entertainment and great sympathy: Jimmy Fallon, Jimmy Kimmel, Stephen Colbert. As for the artists confirmed are: Lady Gaga, Alanis Morissette, Andrea Bocelli, Billie Eilish, Billie Joe Armstrong of Green Day, Burna Boy, Chris Martin, David Beckham, Eddie Vedder, Elton John, FINNEAS, Idris and Sabrina Elba, J Balvin, John Legend, Kacey Musgraves, Keith Urban, Kerry Washington, Lang Lang, Use, Maluma, Paul McCartney, Priyanka Chopra, Jonas, Shah Rukh Khan and Stevie Wonder. Surprise with the presence of Priyanka Chopra, an actress who is not dedicated to music from the years despite the marriages with pop singer Nick Jonas, and artists to the united states as the colombian J Balvin, the Italian Andrea Bocelli and the nigerian Burna Boy: this is an opening not obvious.

One World Together At Home: how to watch it

READ ALSO: The film does not stop, 7 episodes comedy filmed with a smartphone

Courteney Cox: “Let’s get together to talk about Frien…

Shakira, the artist ‘skater’ that has left with the mouth open...

The face of Adele was transformed completely after losing weight and...

These are the 9 characters of ‘Game of Thrones’ with the...

This is the look that Lana Condor wants for Lara Jean...