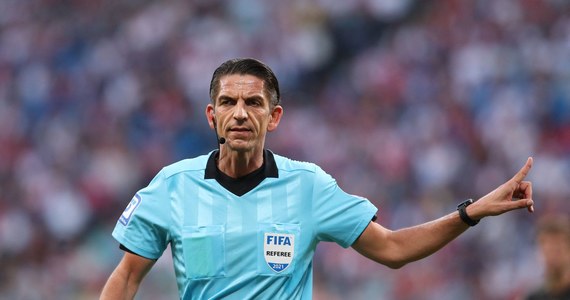 Leciester – Legia Warsaw. Deniz Aytekin is the referee of the Europa League match

The Leicester City – Legia Warszawa meeting is scheduled for Thursday, November 25 at 21:00. The conciliator of this clash will be the German referee Deniz Aytekin, and Christian Dietz and Markus Sinn will assist him on the lines.

Martin Petersen will act as technical referee, and Harm Osmers and Bastian Dankert will sit in front of the VAR monitors.

Deniz Aytekin is a 43-year-old experienced referee from Germany who regularly hosts Bundesliga and international matches. He has over 190 matches of the German Premier League, as well as 20 matches of the Champions League and 20 of the Europa League.

His CV also includes many qualifying matches for international tournaments and qualifications for European cups. The arbitrator can certainly be associated by many people, because he is distinguished by his height – less than 2 meters.

Legia Warsaw is certainly not going to Leicester as a favorite, but they are still within reach of either advancing to the knockout stage of the Europa League, or taking the third place, which will guarantee participation in the remainder of the Conference League.

David Martin is the lead editor for Spark Chronicles. David has been working as a freelance journalist.
Previous The development of the fintech sector in Poland is under a question mark
Next Polish-Belarusian border. Expert: Resentment and aggression among migrants will only increase