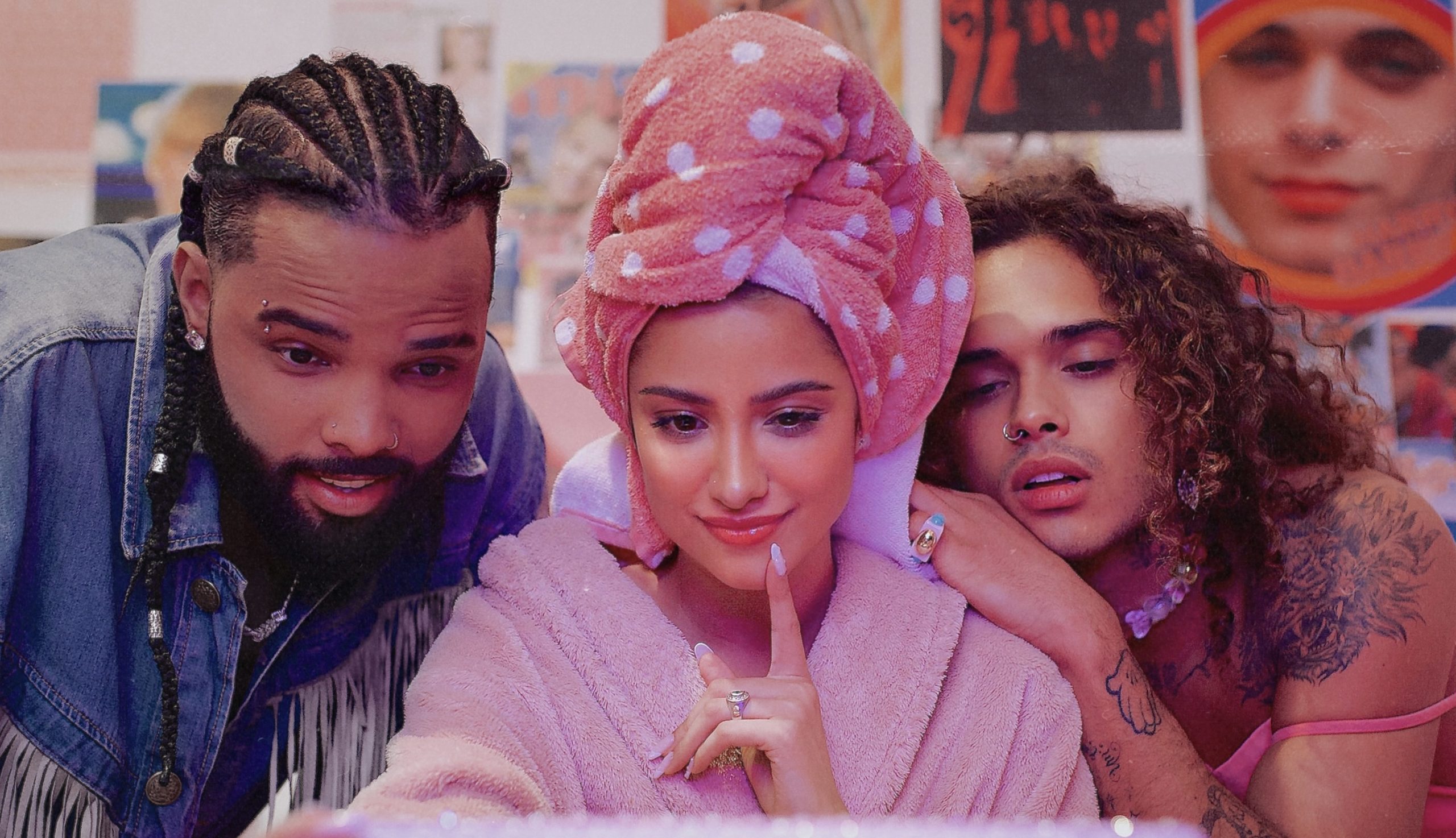 Letícia Hally counts with the special participation of ZAAC and Vitão in the video for her new single, “Gostei” – Portal Famosos Brasil

Letícia Hally counts with the special participation of ZAAC and Vitão in the video for her new single, “Gostei”

Viral sensation of the networks, leticia hally launches today, at 8 pm, the video clip of “Gostei”, his collaboration with vitão and ZAAC. The party atmosphere took over the recordings and shows how a ‘fanfiqueira’ girl who lives on the internet publishing stories about her idols or that people ask her to create. Through her social networks, Letícia showed fans a little behind the scenes of the recording.

“The video for ‘Like’ is a great accomplishment for me. I am completely in love with this project. This video shows who I was in the past. When I was younger, I lived on the internet following Justin’s fanfic. The dances remind me a lot of when I was already in the pop world singing the great divas like Selena, Justin, Demi, Hannah Montana. The clip represents me in these two ways: me dreaming of being a singer and living off my music. And who never dreamed of being with their idols? The ‘Like’ video is a great representation of how a person can live out their fantasies. Vitão and ZAAC are great partners and I loved working with them. The team was predominantly female and that made me feel very comfortable. I’m very happy with the result and this clip is everything I dreamed of. Now it’s your turn to watch and understand all this!”, said Leticia.

Vitão spoke about the collaboration: “I am very happy to be part of Letícia’s work, a new moment in her life, who now launches herself in music with her own name. It’s been amazing to be part of this stage with her and still collaborating with ZAAC, an artist I’ve always admired alongside who I’ve always wanted to do something together. The clip is beautiful and the music too. I’m very happy with the result!”.

ZAAC added: “It was really cool to sing alongside Vitão, my road partner for some time, and with Letícia, who is just starting in the music business. I really enjoy making this exchange with people I admire, like the two of them. Recording the video clip was a lot of fun and the result was awesome!”.

Letícia’s latest release is “Gostei” (https://umusicbrazil.lnk.to/GosteiPR), a track that exceeds 100,000 streams on Spotify alone. Composed by Arthur Marques, King, RUBY, TH4I, Vitão and ZAAC, the song is part of the soundtrack of the movie “Me Tira da Mira”, which became an album and was executive produced by Cleo.

Leticia Hally is a singer and songwriter born in Diadema (SP). She went viral on the internet as a cover of Ariana Grande and her version videos now have more than 500,000 followers on her networks. Letícia performed at the BBC, in London, and performs throughout Brazil. The singer is preparing for the release of her second authorial single, soon.

Videogames entered his life in the late '80s, at the time of the first meeting with Super Mario Bros, and even today they make it a permanent part, after almost 30 years. Pros and defects: he manages to finish Super Mario Bros in less than 5 minutes but he has never finished Final Fight with a credit ... he's still trying.
Previous the draped fringe, what is it
Next How The Umbrella Academy ends 3