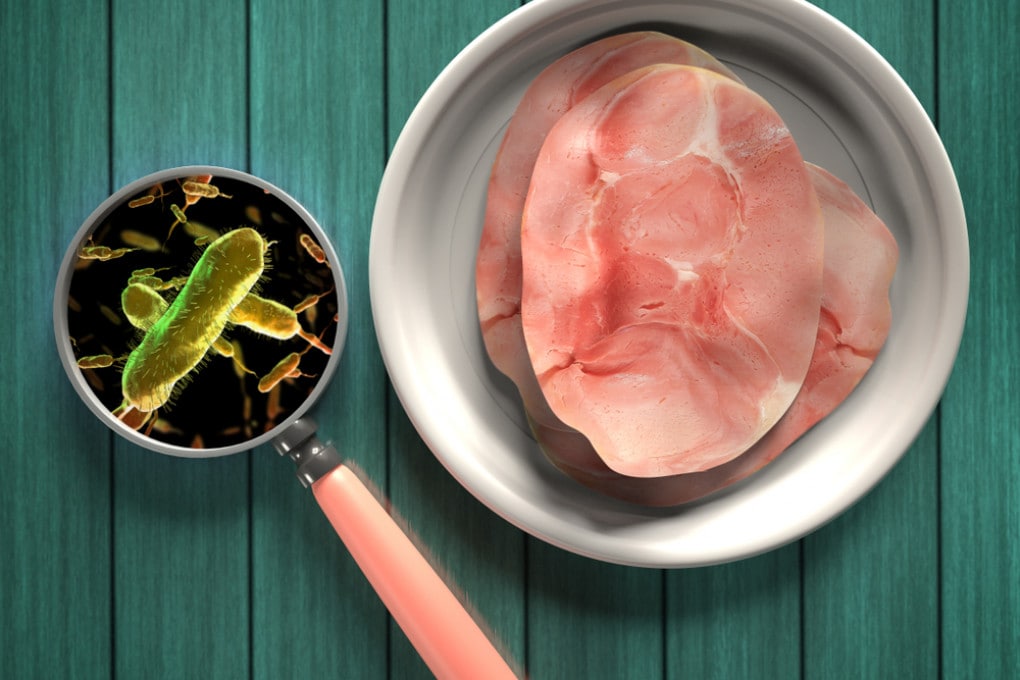 Listeriosis: what it is, what symptoms it gives, how it is prevented

The listeriosis that has been making headlines and news sites in recent days is the infection caused by the bacterium Listeria monocytogenes. It is a disease that is contracted by ingesting contaminated food: that is, it is part of what experts call food poisoning. The Listeria it can hide on many foods that we consume daily, but to reduce the risk of becoming infected it is sufficient to observe some indications, dictated by common sense, to preserve and prepare food. Let’s see how.

Listeria: what is it? The Listeria monocytogenes is a bacterium commonly found in water and soil and which can also contaminate animals without them showing any apparent symptoms. It grows and reproduces at temperatures between 0 and 45 ° C and is very persistent: this is why it can also contaminate processed, transformed and refrigerated foods. It is infectious even at low levels of bacterial load – in practice, a small amount is enough to trigger the infection.

What are the foods at risk? As the website of the National Institute of Health reports, the foods most often associated with listeriosis are raw fish, meat and vegetables, unpasteurized milk and dairy products such as soft cheeses and butter, processed and prepared (ready to use) foods including hot dogs, cold delicatessen meats, prepackaged salads, sandwiches, smoked fish. The cases of listeriosis that have been discussed in recent days in Italy are linked to the consumption of chicken frankfurters, which are not officially included in the list of the foods most at risk but which, in the 3 cases of listeriosis which were later fatal, were probably eaten raw, contrary to what is recommended on the label. Another listeriosis alert involved some salmon sandwiches (here and here the lists of products withdrawn from the shelves as a precaution).

Listeriosis: how is it recognized? In healthy people, listeriosis typically has no symptoms or causes gastrointestinal problems such as diarrhea. In other cases it presents as an acute febrile gastroenteritis that appears a few hours after the consumption of contaminated foods. In some rare circumstances, however, the disease can take an invasive or systemic form. The bacterium passes from the intestine to the blood and from there spreads throughout the body to the nervous system, causing encephalitis, meningitis (inflammation of the brain or its membranes) and acute forms of sepsis (a disproportionate systemic inflammatory response). If this happens, neurological symptoms such as neck stiffness, confusion, migraines and loss of balance occur, even up to one month (and up to three months) after ingesting the infected food.

Who risks the most? The people most prone to systemic forms of listeriosis are the elderly, newborns, immunocompromised patients (with cancer, diabetes, AIDS) and pregnant women: listeriosis can in fact cause serious problems for the fetus, such as premature birth, pre and perinatal death. miscarriage. Severe forms of listeriosis, as bacterial infections, are treatable with antibiotics, but given their extension to the body, the prognosis is often poor. This is why we need to work well on prevention.

Listeriosis: how is it prevented? First, with a particular focus on food washing: Raw fruit and vegetables must be rinsed very well under water before consumption, even if they are cooked or peeled. In the case of vegetables with rough skin and dirty with earth, it is good to clean them with a special brush before peeling them. And when working on the cutting board in the kitchen, remember to keep vegetables and raw meats separate from each other and from cooked and ready-to-eat foods. Then remember to wash hands and utensils very well after touching raw food.

Animal-derived foods go cooked completely (but be careful: never wash the chicken before cooking it!). The Listeria bacterium dies in cooking at temperatures above 65 ° C, but is capable of contaminating food even after cooking: hence the need to separate them from raw ones. Perishable foods are to be eaten quickly and no later than the expiration date, and the refrigerator should be kept clean by washing it periodically with soap and water. The foods we have already cooked, such as leftovers, must be stored in order, divided according to the type and eaten within 3-4 days.

Then it is necessary avoid eating soft cheeses or milk if you are not sure that they have been produced or that it is pasteurized milk (pasteurization is a heat treatment that has a bactericidal action).

What should those at risk do? If the measures listed are suitable for everyone, those who are most at risk from the consequences of listeriosis can observe more scrupulous rules, listed by the Istituto Superiore di Sanità:

Public health. In Europe as well as in the USA, listeriosis is part of the surveillance network of foodborne diseases for which there is an obligation to report. It must therefore be immediately reported to the local health units to which it belongs, so that the causes can be identified promptly and other consumers protected, removing infected foods and arranging the necessary investigations.

Videogames entered his life in the late '80s, at the time of the first meeting with Super Mario Bros, and even today they make it a permanent part, after almost 30 years. Pros and defects: he manages to finish Super Mario Bros in less than 5 minutes but he has never finished Final Fight with a credit ... he's still trying.
Previous Causeway, the trailer for the film with Jennifer Lawrence
Next “Reactor designed in Bolzano Bellunese”