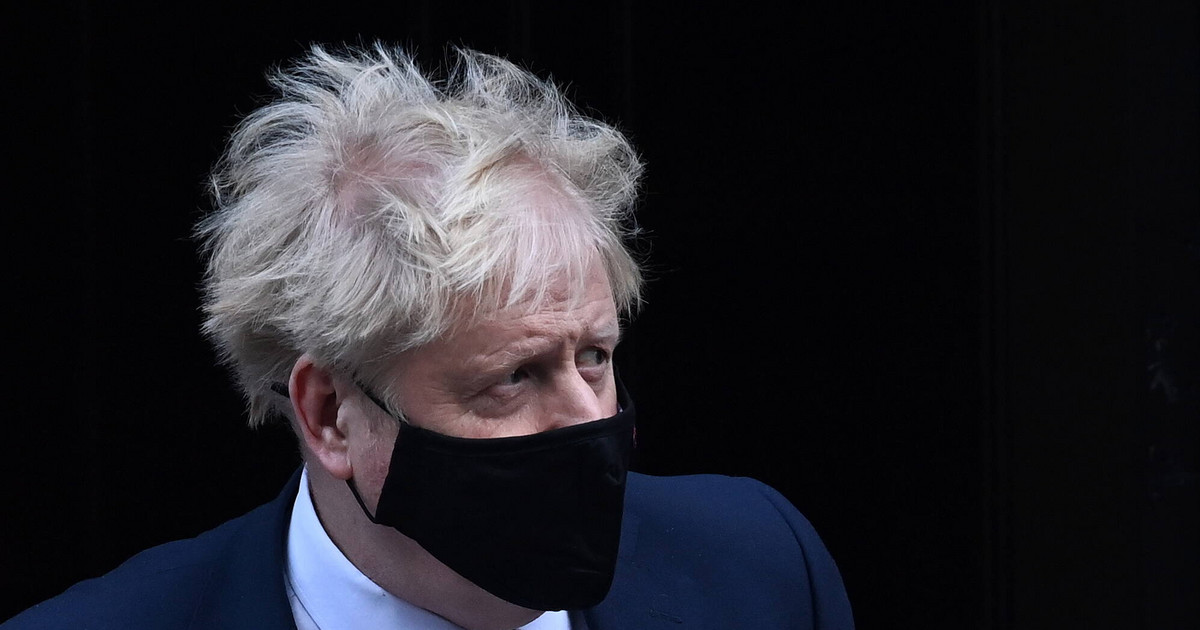 Lockdown parties? British Prime Minister Johnson, Boris Johnson, said he was allowed and could cost him a job

The British Prime Minister is in trouble and even his friends are turning away from him. After Boris Johnson’s pitiful speech in the House of Commons on Wednesday, it was easy to conclude that his days were numbered.

The British prime minister has been under constant pressure for several weeks over a wave of allegations that Downing Street workers – as well as Johnson himself, his wife and senior officials – have hosted lockdown parties there in the peak of the pandemic.

The anger at Johnson picked up on Monday after e-mails leaked which revealed that one of his senior assistants had invited over 100 employees to a meeting and urged them to “bring their own alcohol.”

One MP was unable to hold back tears when he told the House of Commons how his mother-in-law was dying alone during a pandemic. Even the newspapers usually favorable to the prime minister turned against him.

Just ahead of questions from Keir Starmer, leader of the opposition Labor Party during Wednesday’s weekly questioning session with the prime minister, Johnson made a brief statement to the packed room in which he said he was sorry to attend a drink party in a garden on Downing Street in May 2020, when everyone in the country was forbidden from seeing more than one person outside the home.

Storm in the House of Commons

Johnson said he “guessed it was a business event,” which Labor leader Keir Starmer immediately dismissed as “absurd.”

Johnson may have felt sorry, but the move, to put it mildly, did not seem to satisfy his critics, either on the bench of the opposition or in his own party.

If Johnson feared he was going to have a bad day, the reaction that followed proved it emphatically.

It didn’t take far to find Tories who agreed with Starmer. In an extraordinary speech, Douglas Ross, leader of the Scottish Conservative Party, publicly called on Johnson to resign. Tory MP William Wragg later told the BBC that the prime minister’s position was “untenable”.

One of the MPs in the 2019 recruitment (last election) called the apology “half-hearted”, and another, when asked if the statement changed anything, simply replied: “No”. One of these MPs said he had already filed a letter to the 1922 committee that is launching a leadership competition process that could overthrow Johnson – and the other said he was willing to do so.

It will go away, it will not go away …

But for all the frenzied anger, Johnson could still get a hard time until the end of his term. British prime ministers are usually hard to get rid of in the middle of the election cycle, and Johnson’s best hope – a strategy he has honed throughout his career – is that he can survive long enough for his anger to burn itself out.

Much will depend on the level of anger that voters express. To survive, Johnson, regarded essentially as an electoral asset by the Tories, will nevertheless have to prove to his party that voters are still on his side.

Chris Curtis of the public opinion research agency The Opinion predicts he won’t come out unscathed. “Contrary to previous scandals, this rejects the so far loyal voters from the prime minister, which causes his support to drop to a record low,” he said.

But despite the gloomy mood, others say it is too early to write off Johnson. Several commentators watching the prime minister stated that the opponents rushed to attack too quickly, thus risking retaliation on his part.

One former minister described his colleagues’ reactions as “exaggerated” when compared to the views of citizens.

James Johnson, founder of JL Partners and former adviser to former Prime Minister Theresa May, said the scandal “sparked a flash of anger, but it will end quickly,” adding that “politicians may have outdone the public in their action against Johnson.”

Andrew Gimson, Johnson’s biographer, argues that while the situation is “very serious,” “at some point there may be a reaction to the Puritanism of his many critics if they exaggerate.”

While Johnson’s Conservative Party is known to be brutal when it comes to overthrowing their own leaders, it would be a “big deal” for them to decide to overthrow a leader who achieved a spectacular victory just over two years ago, Gimson noted.

Tory veteran Roger Gale described Johnson as “the walking dead” on TV, but former Chancellor George Osborne used the same language to describe Theresa May in 2017 – after which she remained in office for almost two more years.

The same former minister quoted above admitted that “I have no idea whether the show will run for another six weeks or six years.”

The first is an investigation into allegations of events led by Sue Gray, a seasoned and supposedly formidable civil servant.

While Johnson was somewhat ahead of the storm by admitting he was present at one of these receptions, if her arrangements are particularly harsh, they could turn out to be a drop of bitterness among those MPs who were previously unconvinced that he should leave.

There is also the possibility that the police will decide to open a formal investigation – which they have resisted so far – which would overshadow Gray’s investigation and make the pressure on Johnson severely fierce.

Third, Conservative Party veterans have repeatedly said that the key turning point will be when MPs decide that Johnson is no longer an election asset. It is an abstract question for most of the year, but it will be quickly put into practice with the local elections in May.

As Johnson’s former aide put it, “Local elections are a point of no return.” If people don’t turn against him, we’ll all hobble together to forget the case.

Videogames entered his life in the late '80s, at the time of the first meeting with Super Mario Bros, and even today they make it a permanent part, after almost 30 years. Pros and defects: he manages to finish Super Mario Bros in less than 5 minutes but he has never finished Final Fight with a credit ... he's still trying.
Previous An absolute hit. Walter Hofer published a romance! Wona Stocha remarks: Unlawful
Next NIK audited the works at the STH. Marcin Horała refers to the report