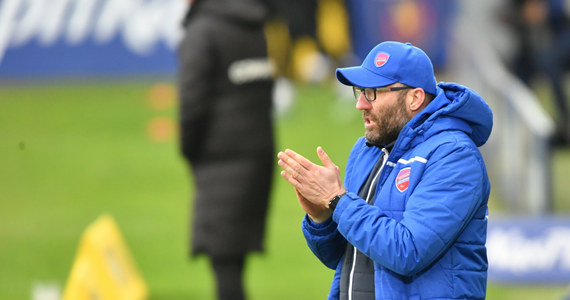 Marek Papszun about his future

Much has already been said about the current military disposition. A series of seven consecutive league defeats (the longest in over 80 years) and the place in the relegation zone of Ekstraklasa testify to a deep crisis of the Polish champions. Will the change of the trainer be the cure? Team fans certainly hope so.

The media informed that the Legia authorities would like to bring Marek Papszun, who is successfully leading Raków Częstochowa – he won the Polish Cup with him, he also had a successful campaign in the Conference League qualifying round, where he was eliminated only in the last round.

These rumors were referred to in a conversation before the match with Cracovia, on the channel of “Canal + Sport” by the coach himself.

– So far I am not changing anything, I’m here with Raków. My contract expires in June, different things can happen, ‘he said.

– I am a coach, the contract is binding on both parties. We will see what life will bring – he added.

This season, Raków is in the lead of the league table and has a real chance of fighting for the national championship.

David Martin is the lead editor for Spark Chronicles. David has been working as a freelance journalist.
Previous The UK’s 22nd energy supplier is already collapsing due to high wholesale prices
Next Migration crisis. Hungarian Prime Minister Victor Orbán to the head of the European Commission Ursula von der Leyen: the proceedings that make it difficult for EU countries to defend their borders must be suspended

The first goal scorer was, unexpectedly, defender Kornel Osyra, for whom it was a premiere …