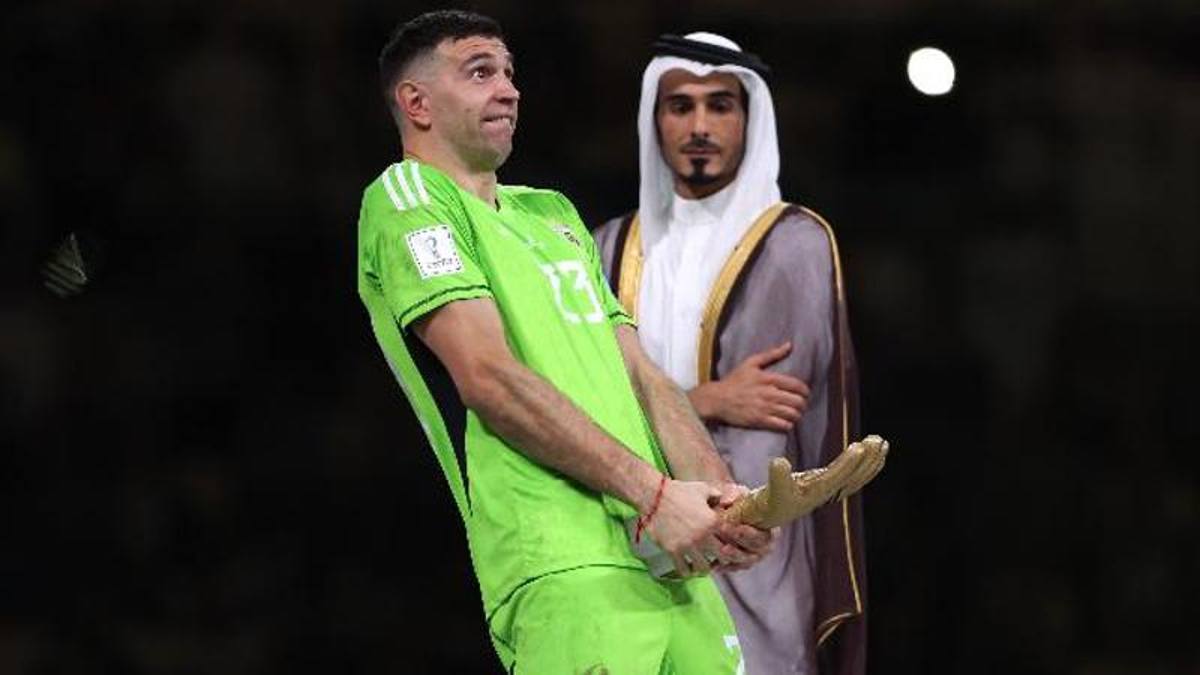 Martinez explains the rude gesture during the awards ceremony: ‘I did it because…’

The Argentine goalkeeper, nominated best number one in the World Cup, tries to put a patch on vulgarity: “The French booed me, arrogance doesn’t work with me”

This time he went too far. Worldwide. “I did it because the French were booing me. Arrogance doesn’t work with me”, Emiliano Martinez, Argentina’s goalkeeper, thus explains to “Radio La Red” the gesture he made after receiving the award for best goalkeeper at the World Cup, when he brought the trophy up to par of the genitals. A somewhat trivial explanation, which does not exonerate him from the useless and vulgar gesture.

Also because he had already done it, El Dibu, so called because as a boy he resembled the protagonist of the TV series “Mi Familia es un Dibujo”. Best goalkeeper of the Copa America 2021, even in that case during the award he had used the award in a particular way. “Generally I’m a very quiet guy,” he said. But when the adrenaline rises I transform. My wife sometimes yells at me and says ‘How can you be so different on and off the pitch!’ The opponents don’t like him at all, especially the penalty takers. He always gets on their nerves, dances on the goal line, spits on boxing gloves, kisses the posts, goes and disturbs them. But, improprieties aside, he’s a great goalkeeper. And what he did in the 118th minute, with the sensational save on Kolo Muani, will remain forever in the history of the World Cup.