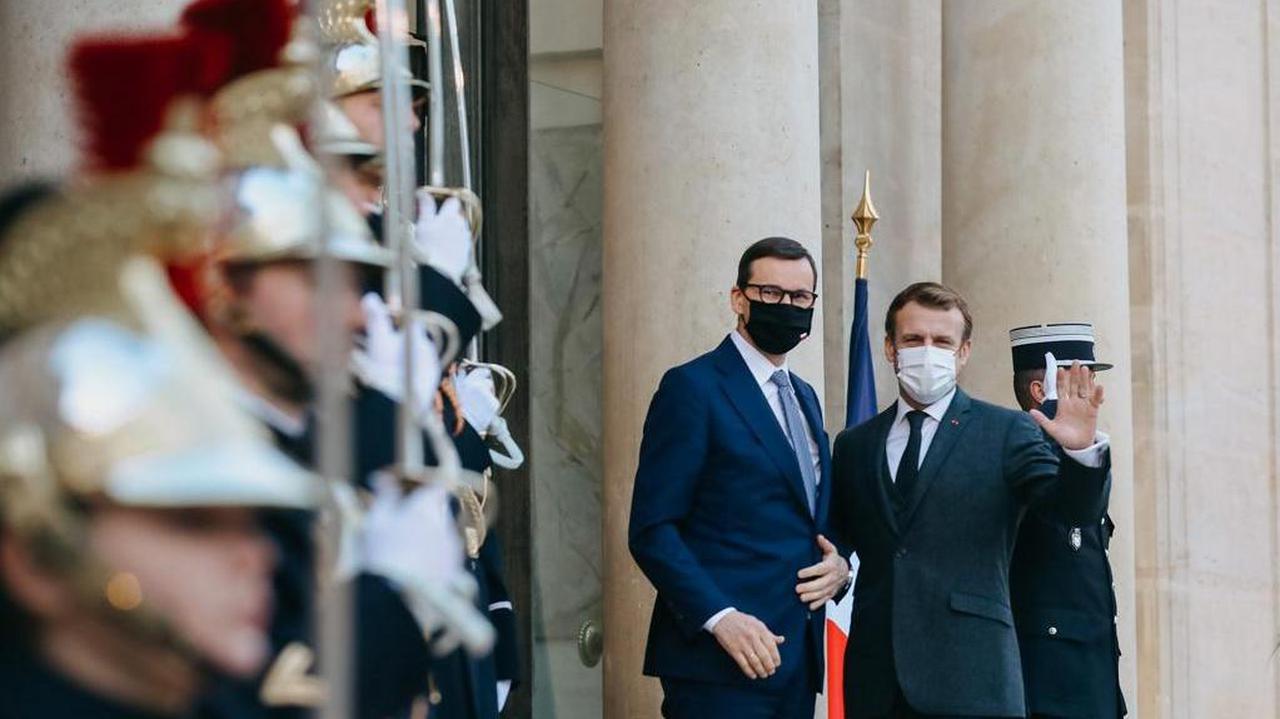 Prime Minister Mateusz Morawiecki and the President of France, Emmanuel Macron, talked in Paris on Wednesday, among other things, about the crisis on the Polish-Belarusian border. Macron assured him of solidarity in this matter, expressed his concerns about the rule of law in Poland and called for the provision of media access to the border.

After the meeting with Macron, the head of the Polish government told journalists: – I spoke about fears, among others, about the situation on the border with Belarus, Russia’s gas blackmail and the threat of an attack on Ukraine. The answer should be the EU’s actions in solidarity, emphasized Morawiecki.

He added that he spoke of concerns about “several phenomena occurring simultaneously”, which he said he commented on very extensively with the President of France. – And, importantly, the president emphasized several times that we have a very similar view of these risks, the phenomena that take place around us – said Morawiecki.

The prime minister also spoke about the gathering of Russian military units around Ukraine and about gas blackmail, leading to an increase in gas prices throughout Europe. He reported that he had spoken with Macron also about “a special Russian weapon, which is unfortunately propaganda (…) hacker attacks, cybercrime”.

– All these actions should meet with one answer – this answer is the solidarity approach of the entire EU. I am glad that I see this solidarity approach during my talks, which are a continuation of our diplomatic offensive, so to speak, from a few weeks ago – he added.

“The campaign has already brought some results”

The head of the Polish government also said that he saw a solidarity with the interlocutors during diplomatic actions and international meetings concerning the crisis at the border. In his opinion, “all these actions have already brought some results”.

– Well, the influx of new immigrants has almost stopped. At the same time, there have been some transports from Belarus back to the country of origin of these migrants. All this together gives some cautious optimism – said Morawiecki.

However, he made the reservation that “these are only small, first primroses”. – Which do not yet prove that Lukashenka’s regime has forgiven. We must be very determined in our actions and show that we will not yield to this pressure, added the Prime Minister. As he underlined, this is not an ordinary migration pressure. – This is a political crisis caused by the use of these innocent people from the Middle East used by Lukashenka as human shields – the prime minister stressed.

He also stressed that in defending the territory of Poland and the EU, we should show empathy. – And we do it. We are saving those who crossed our border, got lost in our forests in eastern Poland. We transport a lot of people to hospitals, many people are in transition centers, but also many people decide to return to their countries of origin – he added.

Solidarity and concern about the state of the rule of law

After the meeting, the Elysée Palace announced that President Emmanuel Macron had expressed solidarity with Poland in connection with the crisis on the border and reiterated the need to put pressure on the Belarusian regime.

According to the statement quoted by Reuters, the French president again expressed his concern about the rule of law in Poland and called on the Polish government to find a solution that would preserve the fundamental values ​​of the European Union.

Macron also called for journalists to be granted access to the border area.

On Tuesday, government spokesman Piotr Mueller informed that also on Wednesday Morawiecki would meet the Prime Minister of Slovenia, Janez Jansza. The topic of their talks will be, inter alia, the geopolitical situation. “Slovenia currently holds the EU presidency. The difficult geopolitical situation, cyber attacks, threats on the energy market, artificial migration movements are areas that require joint action and coordination,” said the government spokesman.

These are the next visits of the head of the Polish government as part of meetings with European leaders aimed at coordinating the reactions of European countries and NATO members to Belarus’ hybrid activities.

Videogames entered his life in the late '80s, at the time of the first meeting with Super Mario Bros, and even today they make it a permanent part, after almost 30 years. Pros and defects: he manages to finish Super Mario Bros in less than 5 minutes but he has never finished Final Fight with a credit ... he's still trying.
Previous Serie A. Fabrizio Miccoli imprisoned. He collaborated with the Italian mafia
Next World Cup 2022. Qatar held journalists. They made a report from the labor camp