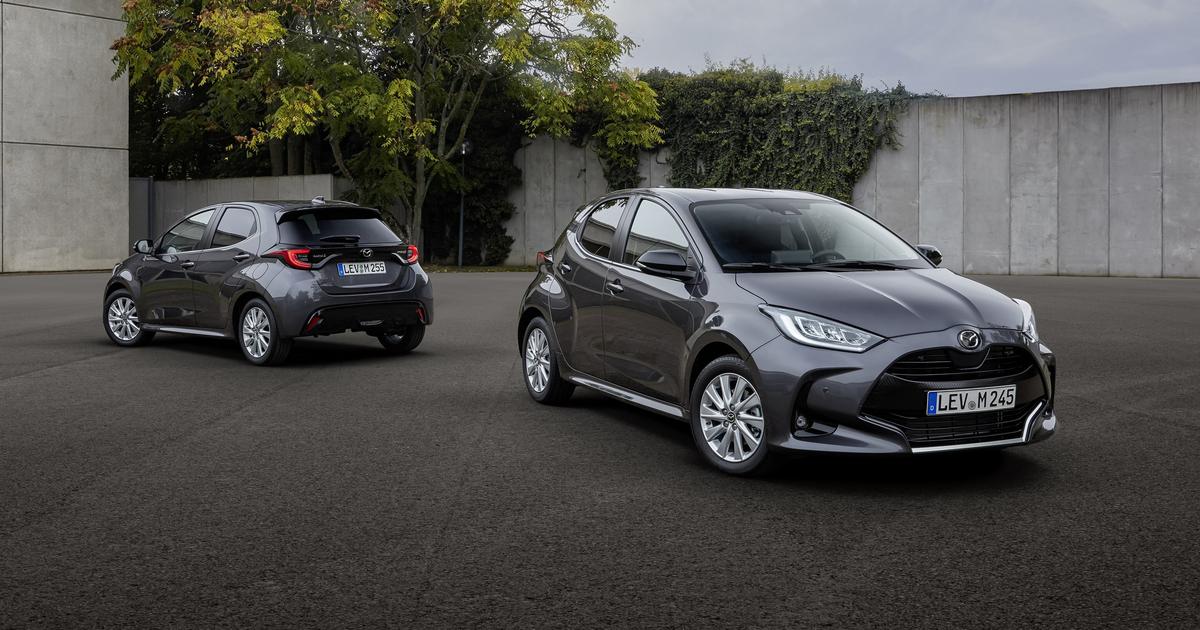 Mazda is expanding its range with a fully hybrid, self-charging city model – the Mazda 2 Hybrid. The car is equipped with a three-cylinder 1.5 gasoline unit with 68 kW (93 HP) and a cooperating electric motor generating 59 kW. The total power of the entire driveline is 85 kW (116 hp), enough to propel the vehicle to a top speed of 175 km / h and accelerate from 0-100 km / h in 9.7 seconds.

Mazda 2 Hybrid – a successful compromise between performance and economy

The new Mazda automatically switches between the electric and petrol engines. During normal driving, the driveline works to provide a good compromise between performance and fuel economy. And during deceleration and braking, the hybrid system recovers kinetic energy and converts it into electrical energy stored in the battery. To confirm the efficiency of the entire system, the Japanese manufacturer states that the Mazda 2 Hybrid consumes 4.0-3.8 l / 100 km in the combined cycle according to the WLTP standard.

Despite the use of a hybrid system, the Mazda 2 Hybrid does not need to be connected to external chargers – instead, the battery charge level is constantly monitored by an engine-driven generator. As a result, when started, the car automatically uses the electric motor to enable quiet, electric driving, e.g. in the city, with zero CO2, NOx and particulate emissions.

The design of the Mazda 2 Hybrid is the result of a collaboration between Mazda and Toyota. In fact, the latest model of the Japanese is simply the Yaris model, but offered with the Mazda logo. Therefore, the car maintains the dimensions of an urban Toyota, including a wheelbase of 2,560 mm, which allows it to take four passengers, and a luggage compartment volume of 286 liters.

The car will be available across Europe in three trim levels – Mazda 2 Hybrid Pure, Mazda 2 Hybrid Agile and Mazda 2 Hybrid Select. Regardless of the chosen version, the Mazda 2 Hybrid’s passenger protection level is a plus – this model received the highest score (five stars) in Euro-NCAP crash tests.

The variety offered by video games never ceases to amaze him. He loves OutRun's drifting as well as the contemplative walks of Dear Esther. Immersing himself in other worlds is an incomparable feeling for him: he understood it by playing for the first time in Shenmue.
Previous Pakistan. The gruesome murder of a blasphemy accused
Next Bayern. Robert Lewandowski with great chances for another Golden Boot. Pole on the podium in the classification