The Met Gala is one of the most prestigious events in the fashion world. The event accompanies an exhibition at the Metropolitan Museum of Art in New York, and its theme is announced many months before the event. Guests invited to the event can see the pre-premiere exhibition, and more importantly, theirs the task is to reinterpret the subject and transfer it to the world of fashion with the help of creationsin which they will perform.

We recommend: Fashion Oscars later than usual. What will MET Gala 2021 look like in the time of a pandemic?

The event attracts crowds of stars every year They surprise on the red carpet with creations that often exceed the canons of thinking about fashion. Interestingly, the Met Gala is also accompanied by a collection of funds for the account of the Metropolitan Museum of Art Costume Institute, and the amount of donations often reaches dizzying amounts of over a dozen million. The Met Gala has been chaired by Anna Wintour since 1995 and it is her favors that music and cinema stars as well as representatives of the world of fashion and art, as well as people of merit for the fashion industry, must creep in to receive an exclusive invitation.

Every year, the gala was held on the first Monday of May, but due to the coronavirus pandemic, the date of the event in 2020 had to be changed. The Met Gala in 2021 also could not take place on the original date, so it was postponed to September 13 this year. This year’s Met Gala inaugurates the exhibition, which will be available for almost a year and will be presented in two parts. The event will be hosted by Anna Wintour, Tom Ford, Adam Mosseri, Timothée Chalamet, Billie Eilish, Naomi Osaka and Amanda Gorman.

The most shocking styles in the history of Met Gala: 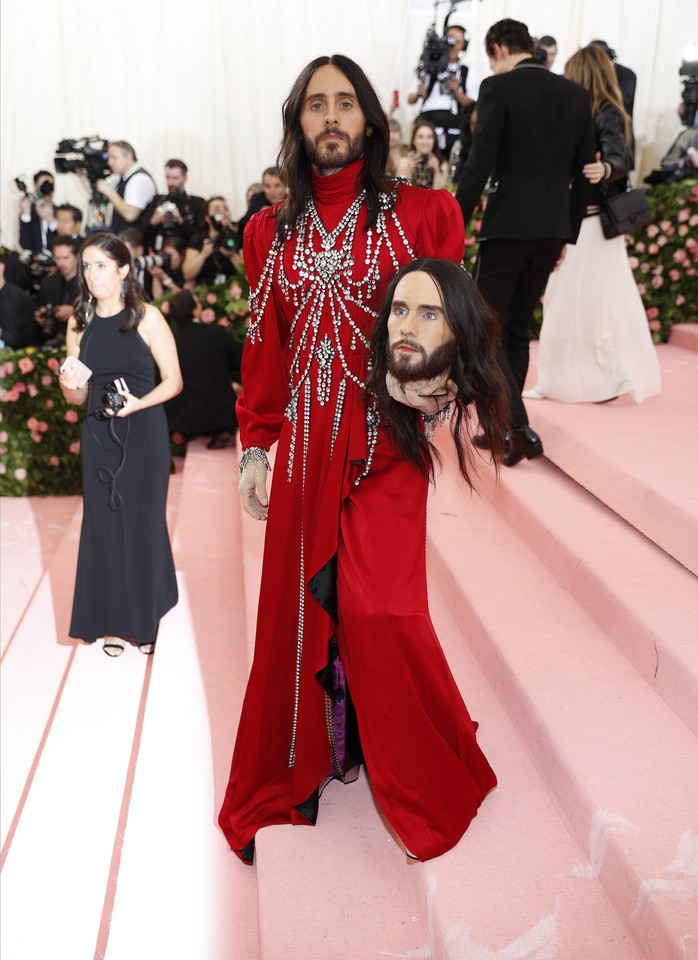 Jared Leto appeared at the Met Gala in 2019 with an accessory in the form of … a second head.