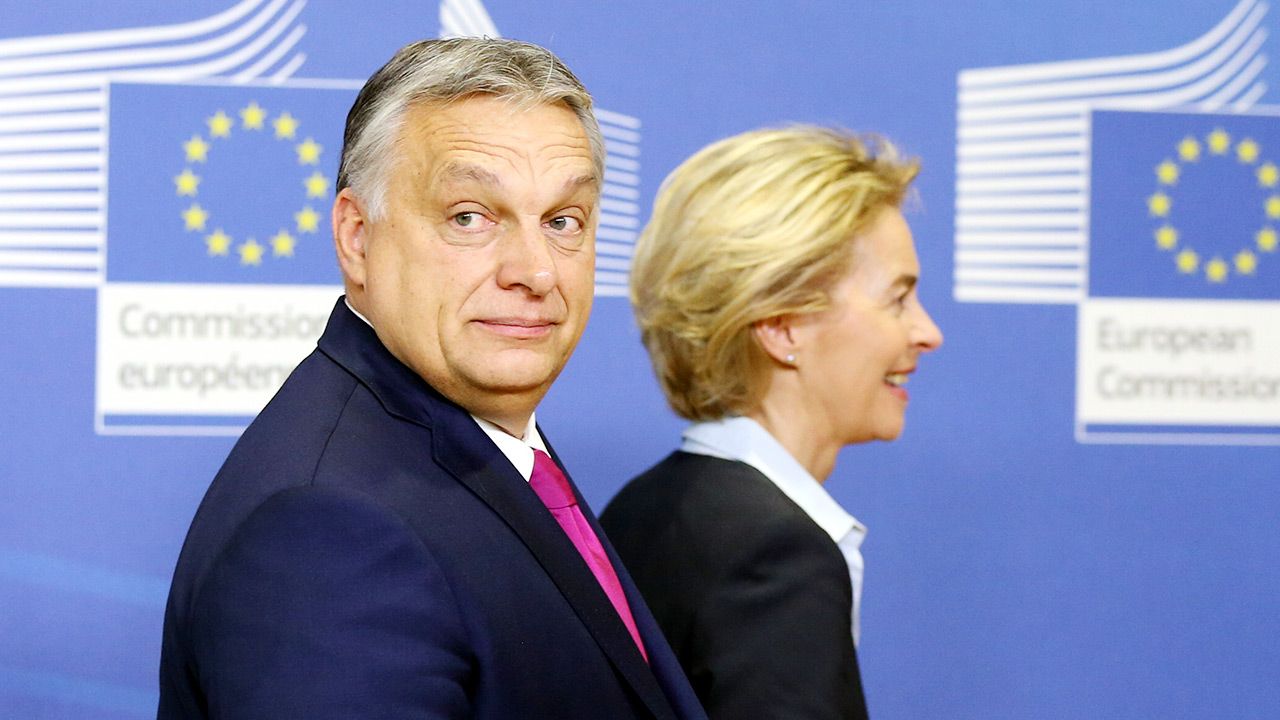 Migration crisis. Hungarian Prime Minister Victor Orbán to the head of the European Commission Ursula von der Leyen: the proceedings that make it difficult for EU countries to defend their borders must be suspended

The European Commission should suspend all infringement procedures that undermine steps to protect the territorial and national integrity of the Member States, stated Hungarian Prime Minister Viktor Orbán in a letter to the head of the European Commission, Ursula von der Leyen.

The content of the letter was quoted on Friday by Prime Minister’s spokesman Bertalan Havasi. Havasi announced that “in light of the serious and urgent crisis,” Orban called on the Commission to present proposed changes to the EU legal framework according to the new realities, “Immediate suspension of the applicable standards preventing the resolution of the situation and the stay of all infringement procedures which undermine steps to defend the territorial and national integrity of the Member States and the security of citizens ”.

Security and integrity of EU countries

“We have to realize that we also have to respond to the current emergency in an extraordinary manner,” Orbán stated.

The head of the Hungarian government asked the European Commission not to take any retaliation against Member States for adopting measures “aimed at protecting their territorial and national integrity, as well as the security of their citizens”.

Orbán stressed that Member States could not be held accountable or punished for “meeting the challenges that threaten us all with functional – and at the same time proportionate – solutions”.

Prime Minister: We want to tighten sanctions against Belarus [WIDEO]

We want to tighten sanctions against Belarus, said Prime Minister Mateusz Morawiecki in the Sejm. He added that talks with partners in the EU about …

He also pointed out that the situation on the eastern border, which migrants try to cross illegally, “changes from hour to hour”.

The European Union and the crisis on the border with Belarus

The Hungarian prime minister recalled that in the conclusions of the October meeting of the EU Council, the leaders called on the Commission to urgently present proposals and mobilize funding for actions on all migration routes. Leaders also called on the EC to propose the necessary changes to EU law and concrete measures backed by adequate financial support to ensure “an immediate and appropriate response in line with EU law and international obligations, including fundamental rights”.

The reason for this appeal was – according to Orbán – that the current EU law does not reflect reality, has become obsolete and is non-functional. “I think we can all agree that the current legal framework does not provide adequate tools that Member States under pressure could use in a crisis,” he said.

As Havasi said, according to Orbán, “the weakest link in the current system is that everyone must be guaranteed the right to enter the territory of a Member State without being able to thoroughly investigate its border of origin before admitting it”. He stressed that “an exceptional situation requires exceptional measures.”

“If you need them, take them.” Orban proposes a corridor for migrants

Viktor Orban proposed to the West opening corridors through Hungary for migrants, informs the dw.com portal. – If you need them, then their …

“Hungary staunchly defended the security of Europe and its citizens by building a physical obstacle and doing everything possible to distinguish between those who are entitled to international protection and those who seek only economic benefits from living in Europe,” he pointed out.

According to him, EU law “has consistently failed in responding to the situation, as have proposals submitted over the past six years (ie since the migration crisis in 2015 – ed.) That have never been fully supported by member states”.

Orbán assessed that now “we must face the new reality” and realize that “the gravity of the current crisis poses even greater challenges than disputes over economic recovery.”

Videogames entered his life in the late '80s, at the time of the first meeting with Super Mario Bros, and even today they make it a permanent part, after almost 30 years. Pros and defects: he manages to finish Super Mario Bros in less than 5 minutes but he has never finished Final Fight with a credit ... he's still trying.
Previous Marek Papszun about his future
Next Xiaomi Mix 5 promises to be great! One of the hottest Xiaomi flagships