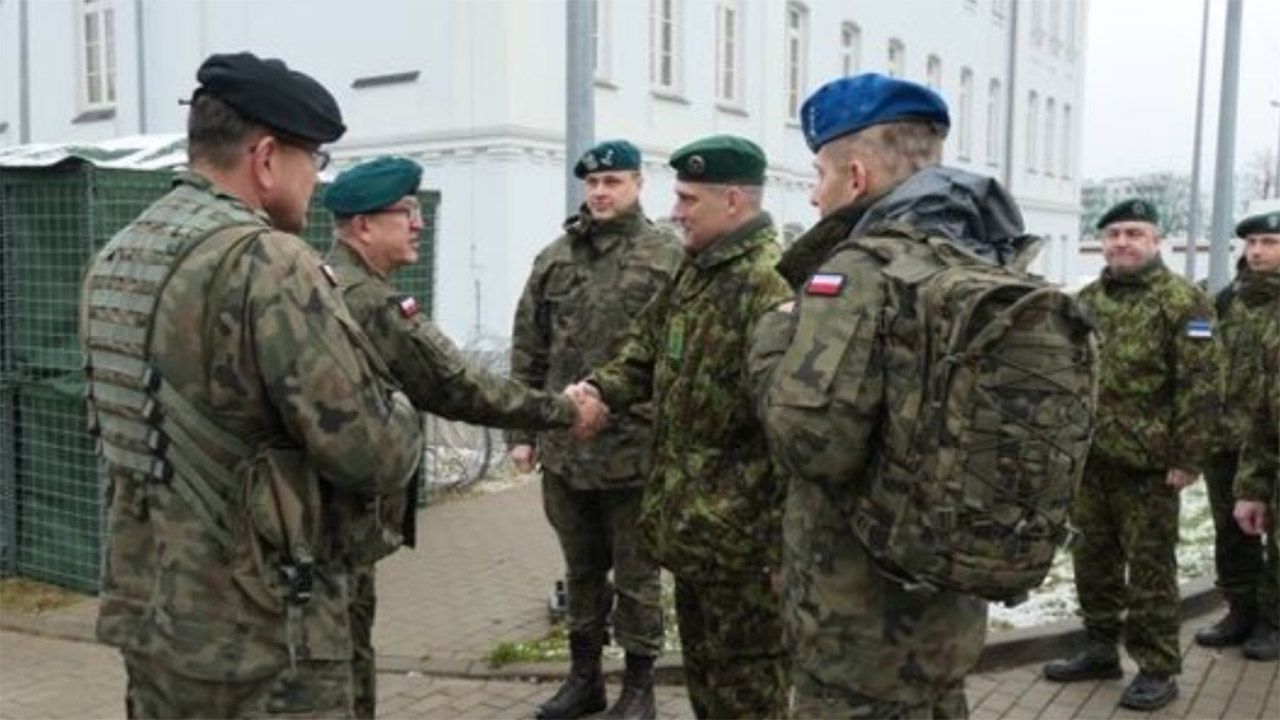 Migration crisis on the border with Belarus. Head of the Ministry of National Defense Mariusz Błaszczak: The reconnaissance of engineering troops from Estonia has begun

Reconnaissance of engineering troops from Estonia has begun, said Mariusz Błaszczak, the head of the Ministry of National Defense on Tuesday. Estonian soldiers will take care of, inter alia, repair of the temporary fence at the border with Belarus.

The situation at the border. France, Estonia and Ireland are demanding a UN Security Council

France, Estonia and Ireland call for an urgent UN Security Council meeting on Thursday to address the migration crisis at the border …

“The reconnaissance has begun engineering troops from Estonia“- the head of the Ministry of National Defense, Mariusz Błaszczak, wrote on Twitter on Tuesday. He added that “the task of Estonian soldiers will be to build and repair a temporary fence as well as maintain and clear road connections at the Polish-Belarusian border”.

Last week, the head of the ministry also informed that Polish soldiers in service on the border with Belarus will be supported by British soldiers. On November 18, he met with Ben Wallac, Secretary of Defense of Great Britain, at the training ground in Bemowo Piskie.

Mariusz Błaszczak expressed the hope that it would be by the end of the month a company of British engineering troops will start service in Poland. The task of soldiers from Great Britain there will be, among other things, the repair of the temporary fence.

Statement by the marshals from Poland, Estonia, Lithuania and Latvia

The reconnaissance of engineering troops from Estonia began. The task of the soldiers will be to build and repair a temporary fence as well as maintain and clear road connections at the Polish-Belarusian border. Thanks for your support! pic.twitter.com/s9EYTX6Eyv

Prime Minister of Estonia: Estonia’s security begins at the borders of Poland, Lithuania and Latvia

Prime Minister Mateusz Morawiecki started consultations with the head of the Estonian government on the situation on the eastern border. On Sunday morning, he arrived at …

The signatories emphasize that “the aggressive actions of the illegal regime of Alexander Lukashenka have reached an unprecedented level.” “They provoke a crisis at the EU’s external borders, threaten the security of the entire region and deliberately put the lives of defenseless people at risk. This is a violation of international law and political obligations, and a disregard for fundamental human rights, ‘wrote the speakers of the Polish, Estonian, Lithuanian and Latvian parliaments.

“We strongly condemn the continued instrumentalization of illegal migration, sponsored by the Belarusian regime, artificially created as part of hybrid operations directed against Poland, Lithuania and Latvia, and thus the entire European Union, for political purposes,” they wrote.

The speakers of the Polish, Estonian, Lithuanian and Latvian parliaments called on the international community, in particular the countries of origin and transit of migrants, to firmly oppose these actions, to take the necessary steps to stop the authorities in Belarus from forcing migrants to cross the EU border illegally and to pull the regime in Belarus responsible for these violations.

“We condemn the actions of the unlawful regime of Lukashenka that prevented the delivery of humanitarian aid offered by neighboring countries to migrants gathered and detained by the regime of Alexander Lukashenka in the border areas,” they stressed.

Videogames entered his life in the late '80s, at the time of the first meeting with Super Mario Bros, and even today they make it a permanent part, after almost 30 years. Pros and defects: he manages to finish Super Mario Bros in less than 5 minutes but he has never finished Final Fight with a credit ... he's still trying.
Previous Villarreal – Manchester United. The triumph of the “Red Devils”, catastrophic mistakes
Next The Morning Show – review of the 2nd season of the loudest series of Apple TV +