The title, “The luckiest girl in the world“, is ambivalent, even if it is better not to go too far into the explanations to avoid spoilers. But one thing can be said, because the film with Mila Kunisavailable on Netflix from Friday 7 October, immediately conquered the first place of the most viewed films on the platform. A success achieved thanks to the combination of various elements, starting from the interpreter of the protagonist. In fact, Mila Kunis made herself known as a dramatic actress alongside Natalie Portman in “Black Swan”, but she was often the protagonist of comedies, from “Friends with Benefits” to “Bad Moms”. More recently, she reminded audiences of her intense talent in another dramatic role in “Four Good Days” with Glenn Close, and now in “The Luckiest Girl Alive.”

Although the title suggests something else, “The Luckiest Girl in the World” is a drama that tells a true story. Directed by Mike Barker, it is the film adaptation of the homonymous debut novel by Jessica Knoll (Rizzoli, 2015), which in the original version is entitled “Luckiest Girl Alive” and was a New York Times bestseller with over one million copies sold, then translated into 38 languages. The writer, who also wrote the screenplay for the film, said she had fictionalized a true fact, namely the rape of which she herself was the victim as a teenager.

Ani FaNelli (Mila Kunis) is a sharp-tongued New Yorker who seems to have it all: a coveted job at a glossy magazine, a cutting-edge wardrobe, and a dream wedding on the horizon. But when the director of her crime documentary invites her to tell her side of her shocking episode as a teenager at the prestigious Bradley School, she is forced to relive a grim truth that threatens to destroy the life she’s made. meticulously built. 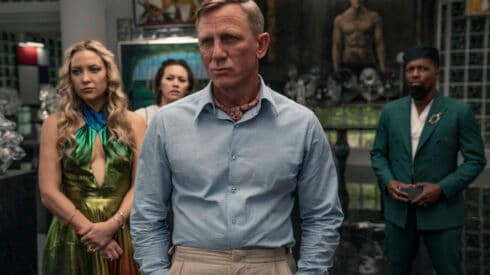 David Martin is the lead editor for Spark Chronicles. David has been working as a freelance journalist.
Previous sick of Grey’s Anatomy, ‘I’ve been trying to leave for years’
Next Who is Eva Green? Age, Instagram, social media, filmography and TV series