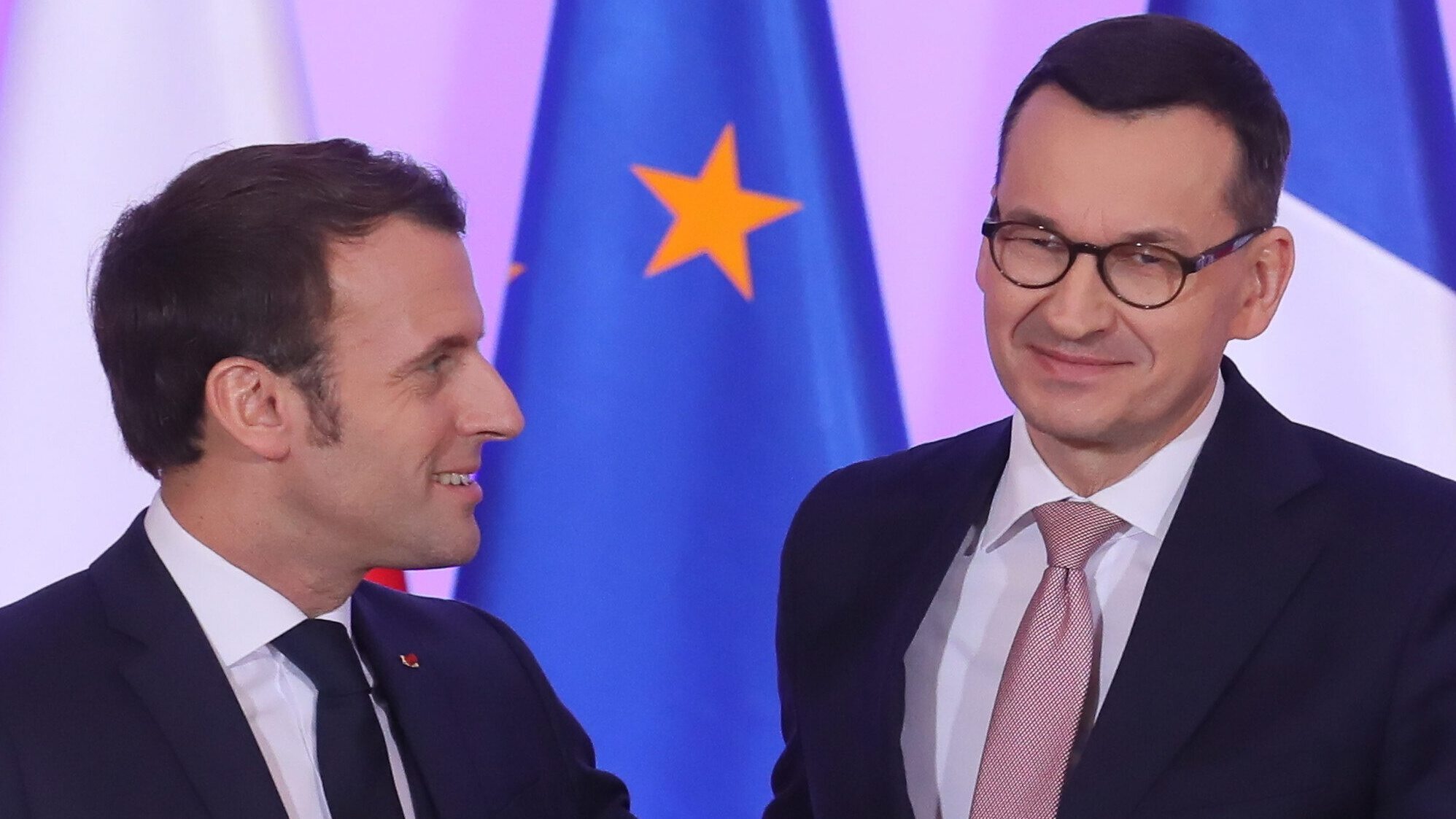 Morawiecki will meet with Macron on Wednesday

The government spokesman informed about the planned meeting on Twitter.

“Tomorrow in Paris, there will be a meeting between Prime Minister Mateusz Morawiecki and French President Emmanuel Macron. The topic is geopolitical challenges for Europe. In particular in the context of hybrid attacks by Belarus and actions destabilizing the gas and energy market in Europe,” wrote Piotr Mueller.

However, this is not the only meeting scheduled for Wednesday. The government spokesman also said: “Prime Minister Mateusz Morawiecki will meet with Prime Minister Janez Jansa tomorrow. Slovenia currently holds the EU presidency. The difficult geopolitical situation, cyber attacks, threats on the energy market, artificial migration movements are areas that require joint action and coordination.”

In this way, the head of the Polish government continues the series of meetings with the leaders of European countries, inaugurated last week. During the talks, Morawiecki outlines the situation on the Polish-Belarusian border.

Prime Minister Mateusz Mazowiecki is to fly to Great Britain this week to meet the head of the British government.

The weekly “Wprost” reports that political sanctions that the United Kingdom intends to impose on Belarus are to be discussed during the meeting of politicians. – UK sanctions should be correlated with the sanctions of the European Union. London is very aware of the dangers and the consequences of these threats that arise in Moscow and are photocopied in Minsk, Morawiecki said in an interview recently given to “Wprost”.

Videogames entered his life in the late '80s, at the time of the first meeting with Super Mario Bros, and even today they make it a permanent part, after almost 30 years. Pros and defects: he manages to finish Super Mario Bros in less than 5 minutes but he has never finished Final Fight with a credit ... he's still trying.
Previous Ski jumping: TVP with the rights to show shortcuts from competitions. World Cup
Next Piotr Żyła and Marcelina Ziętek are going through a relationship crisis? Fans saw disturbing signs