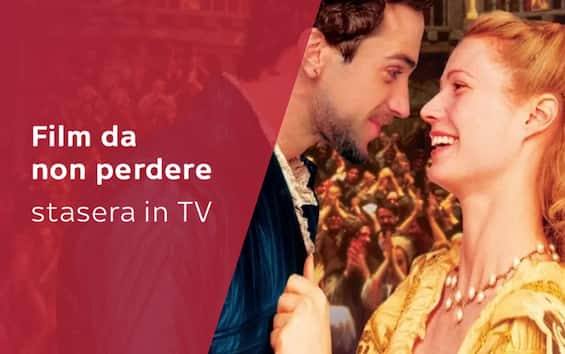 Ron Howard film with Tom Hanks about the ill-fated American space mission of 1970.

Denzel Washington in a film that touches on the burning issue of healthcare in America. A worker, desperate for his son’s illness, takes doctors hostage.

Comedy by Fausto Brizzi with Alessandro Preziosi. A kindergarten teacher takes on the ability to decipher children’s screams.

Ben Affleck and Gwyneth Paltrow together with a great ensemble cast for an Oscar-winning film.

Comedy by Checco Zalone in which the protagonist is willing to do anything in order not to lose his permanent job.

Serena Rossi and Fabio Balsamo in a Sky Original comedy. A woman is visited by an angel who reveals that she is expecting a child.

Sylvester Stallone and Arnold Schwarzenegger in an action movie. A security expert is imprisoned in the prison of his own creation and will try to escape thanks to an inmate.

Kevin Costner and Diane Lane in a drama with thrilling implications. A sheriff and his wife must rescue her nephew from a family of crime.

The United States against Billie Holiday, at 21:15 on Sky Cinema Due +24

Biopic on Lee Daniels and the fight against the government for a song he considers subversive.

Event with the famous dancer Roberto Bolle now in its sixth edition.

The true story behind the famous film. An African American ex-con becomes aide to a paralyzed billionaire.

Richard Gere in a film inspired by a true story about the relationship between a dog and his owner.

Aldo, Giovanni and Giacomo in an episodic comedy film directed by Marcello Cesena.

Three old people in a hospice are rejuvenated after swimming in a private swimming pool.

David Martin is the lead editor for Spark Chronicles. David has been working as a freelance journalist.
Previous https://gamingbeasts.com/secret-files-3-download-pc-game/
Next Baymax!: revealed the release date of the Disney series