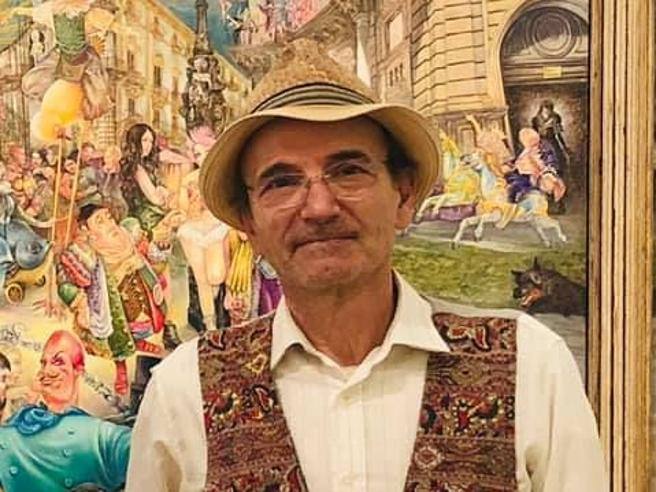 “My body is ashes but artists never die” – Corriere.it

The 73-year-old artist is West Nile’s first victim in Sicily. He had been hospitalized in August for respiratory failure. On his Facebook page: A mosquito knocked me out but I’m not going to leave you

My dead body, ashes. The same ash that I enjoyed sprinkling on my head and many other people, but my spirit is alive. Whenever one of my paintings will tear you a tear, a smile, a bitter laugh, I will be there with you. The artist from Marsala, Mom Calascibetta, 73, did not make it, hospitalized in mid-August at the Sant’Antonio Abate hospital in Trapani after being infected by the West Nile mosquito virus. Although the doctors had immediately guessed it was Nile Fever, then confirmed by the analyzes. The artist who died last night, the first victim of the virus in Sicily isolated for the first time in Uganda, in the West Nile district and widespread in Africa, Western Asia, Europe, Australia and America. A death that crushed the many projects that Calascibetta still had in store to do, and that his wife Enza and son Filippo recount on the artist’s Facebook page attributing the message to Calascibetta, as his last goodbye. I have no intention of leaving you. There are so many things I still have to do: two ready exhibitions, a catalog, a monograph … Of course I won’t be able to be physically present, but in spirit, I promise, there will be. This is not goodbye, just goodbye. Life is beautiful, and artists never die.

In the message, the artist retraces the stages of the two difficult months of illness. It will seem ridiculous to you min August a mosquito knocked me out. At first I didn’t connect my discomfort with the mosquito bite. I thought it was covid, perhaps of a new variant, not recognized by the swabs, but nothing: even taking the appropriate drugs, the fever did not pass and the tiredness increased. I suddenly lost consciousness. I found myself in the hospital, with my wife and son by my side … The doctors didn’t know what it was. They just gave me transfusions and helped me breathe. It had to be something serious, but I wanted to live. I wanted to continue to paint, to continue to tell my story to the world. I felt close to the love of Enza and Filippo and of my closest friends, whom they called every day. I couldn’t give up.

On August 15th, the man, who had no particular pathologies, was hospitalized at Sant’Antonio Abate in Trapani for respiratory failure. Then, his condition worsened. Finished in intensive care, the diagnosis arrived: it was Nile Fever. I was the first Sicilian case of West Nile Fever – we still read on the artist’s Facebook page -. A disease usually not fatal, but sometimes very insidious. And my body, unfortunately, did not react well. My mind was there, but I couldn’t move. My internal organs didn’t work either. At the hospital they tried them all, but there was no way. I flew away and discover other things. I am writing to you now, borrowing the hands of Enza, Filippo, Andrea and my closest friends, to tell you that I am not dead.

Calascibetta lived in the Cutusio district, a village on the north side of Marsala. In recent weeks, after having detected the case, the ASP of Trapani has ordered checks on the farms that are located within a radius of three kilometers from the man’s home. Two horses and one dog tested positive for the virus. There is another suspected case on a horse in Alcamo, also in the Trapani area. With Mom Calascibetta a painter and a personality outside the box are leaving – said the mayor of Palermo Roberto Lagalla -. He was strongly linked to life, but sadly he had to surrender to this battle. My remembrance and my heartfelt condolences go to his family and his closest loved ones. The final farewell expected on Wednesday, from 11, in her house in Marsala.

Videogames entered his life in the late '80s, at the time of the first meeting with Super Mario Bros, and even today they make it a permanent part, after almost 30 years. Pros and defects: he manages to finish Super Mario Bros in less than 5 minutes but he has never finished Final Fight with a credit ... he's still trying.
Previous Autumn 2022 trousers, the parachute pant by Deva Cassel are cool
Next A Plague Tale: Requiem is the most anticipated game of October 2022