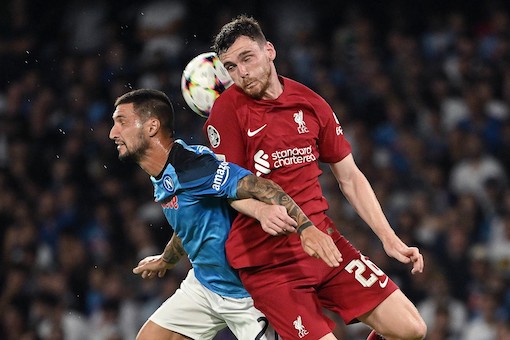 The framework for the other groups is not yet defined. The loose cannon could be PSG if it were to finish second behind Benfica

Napoli is first in the group if… It will be enough not to lose in Liverpool with a difference of four. Napoli beat Rangers 3-0 tonight, 15 points in the standings. Liverpool have won 3-0 at Ajax and are on 12 points. Napoli have a goal difference of seven goals higher than Liverpool and won 4-1 in the first leg. To finish first, Napoli obviously can win, draw, and even lose up to three goals in Liverpool.

Napoli first in the group would be very important.

The first and second places in the group have not yet been defined.

For now, Bayern are certain to be first. As well as Chelsea and City. Real not yet, they have to beat Celtic at the Bernabeu. Certainly the elimination of Atletico Madrid who missed the decisive penalty with Carrasco in the 99th.

It is not yet known who will finish first between Benfica and PSG and PSG in the event of second place would be the real loose cannon.

Obviously if he were to finish first, Napoli could not face Inter and eventually Milan in the round of 16. It is too early to reckon.

David Martin is the lead editor for Spark Chronicles. David has been working as a freelance journalist.
Previous The new store “Esselunga’s excellences” opens in Milan
Next Ukraine-Russia, news on today’s war | Filorussi: Crimea power plant hit in the night