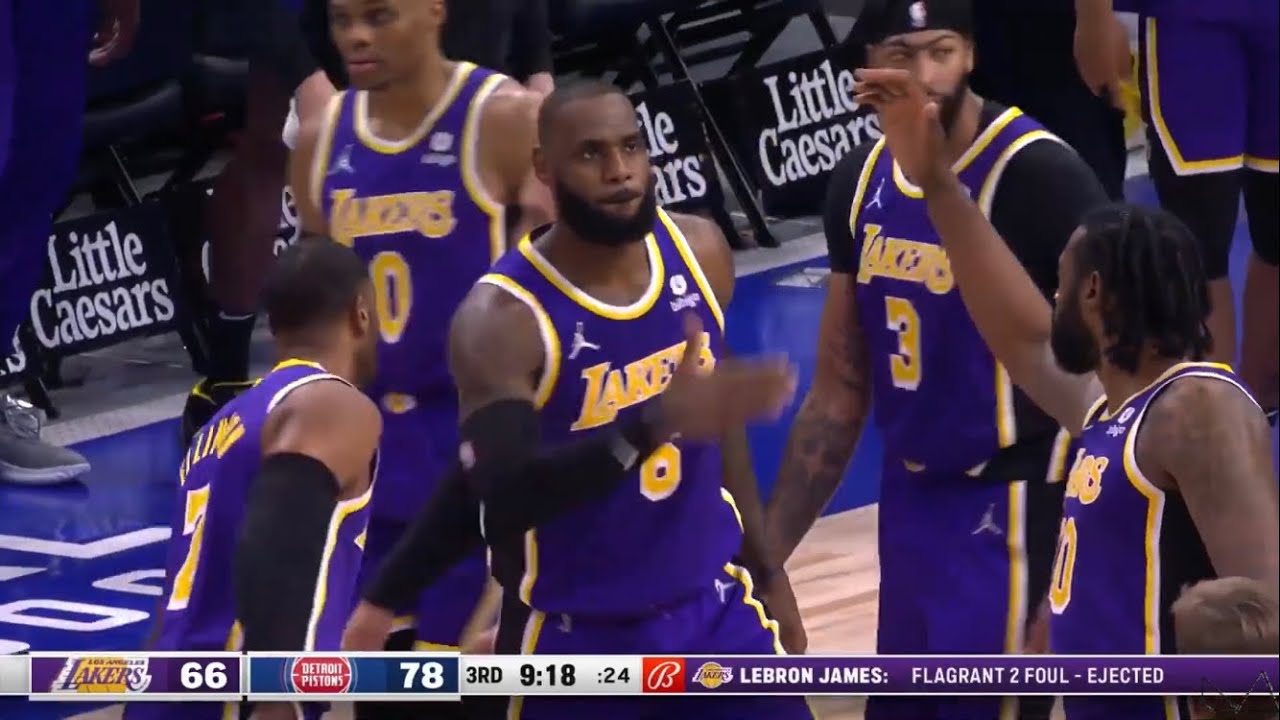 It is an event from the last match in which Los Angeles Lakers they overcame Detroit Pistons on the opponent’s court. However, they did not finish the match LeBron James and Isaiah Stewart. It all started at the beginning of the third quarter when LBJ hit him in the brow in an attempt to break out of his rival’s care. Blood poured over Stewart’s face. The Pistons player went mad. He tried to chase LBJ, although LBJ wanted to apologize to him.

Stewart has ripped away from Security several times to catch LeBron. In the end, nothing more serious had come to pass, but the league couldn’t let go of the Pistons player’s behavior. LeBron James has been suspended for one game which means he will not be playing in Madison Square Garden against New York Knicks. Isaiah Stewart, on the other hand, will rest in two consecutive meetings of his team and will not help with the competition Miami Heat and Milwaukee Bucks.

James will pay approximately $ 280,000 for the suspension. This means the Lakers will save over half a million dollars in luxury tax. Stewart will pay $ 45,000 for two games. And next week, the Pistons will be in Los Angeles to take on the Lakers at the Staples Center. We suspect that security will be particularly strengthened and sensitized to a possible retaliation attempt by Stewart.

LBJ allegedly tried to reach Stewart and talk to him right after the match was over. It turned out to be impossible. For the first time in his career, the Lakers will miss the match due to suspension. He returned to the game against the Pistons after an 8-game break due to an abdominal muscle injury.

David Martin is the lead editor for Spark Chronicles. David has been working as a freelance journalist.
Previous Elon Musk quietly testing Giga Berlin assembly lines? Fans tracked the fresh Tesla Model Y
Next Which Android version is the most popular? The new data is surprising

Bianca Andreescu has had a difficult two years in the COVID-19 pandemic. The Canadian tennis …