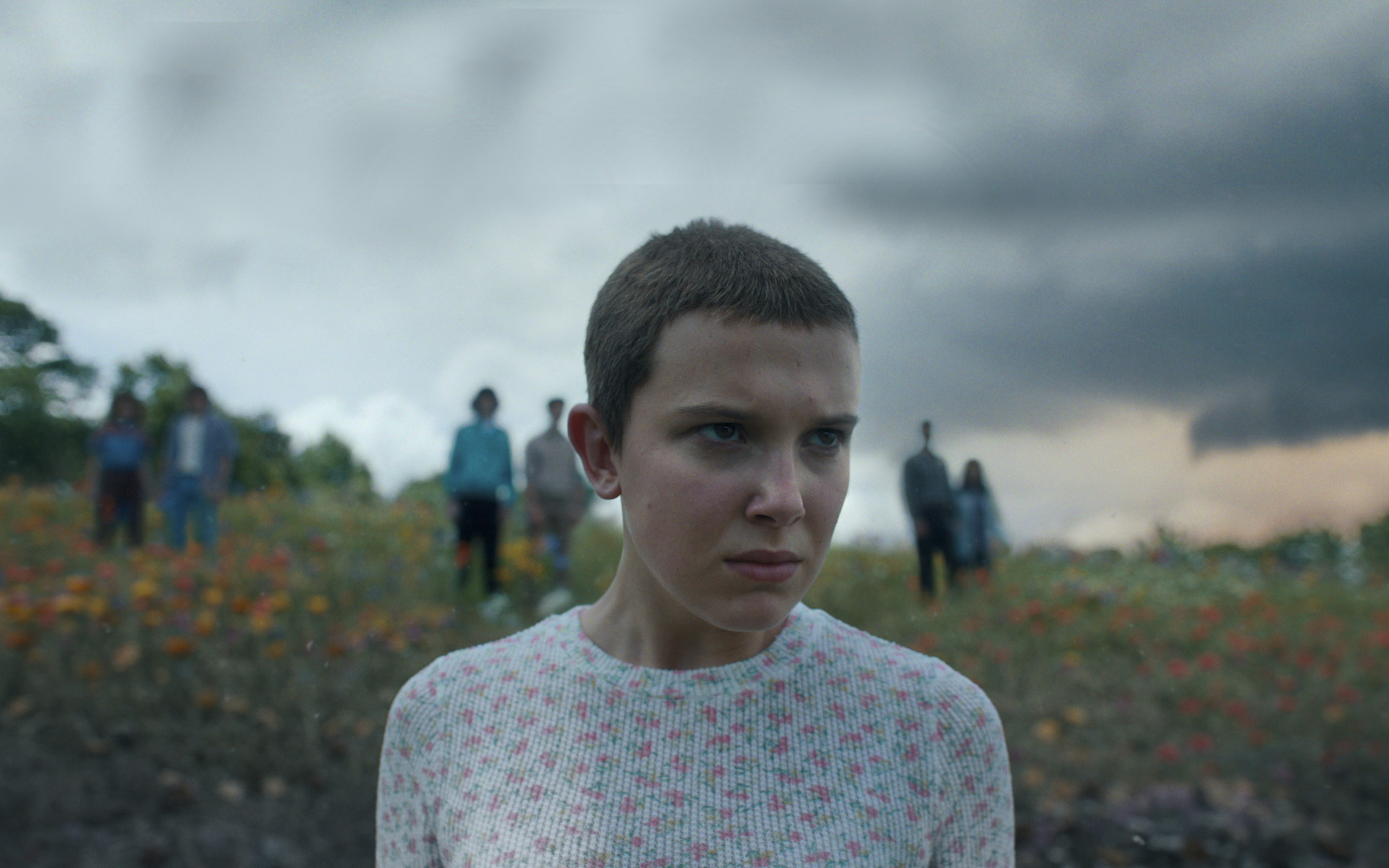 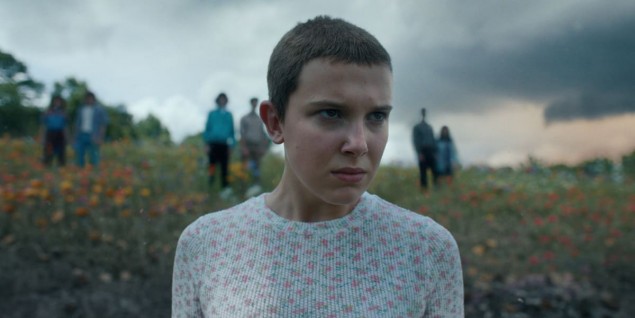 Now that Halloween is approaching, it’s time to indulge in horror TV series. We have chosen 17. To you the one that will scare you the most… or even laugh. Good vision. In the photo, a scene from Stranger Things. Netflix photos.

Who said that horror just has to be scary? It can also be beautiful. It is funny. Or make us forget that they are horror stories because the protagonists are so beautiful that everything else takes a back seat. We have selected some of the best for you horror tv series to see streaming on the main platforms. From Amazon Prime Video to Sky, to the large collection of Netflix horror series, the genre dedicated to monsters is growing year by year. Some are classics to be reviewed. Other absolute news just published. And as we are approaching the date, here are the TV series to see on Halloween. Why do not worry, we have included many that are scary. Really scary!

FIND OUT HERE WHICH ARE THE BEST HORROR MOVIES TO SEE 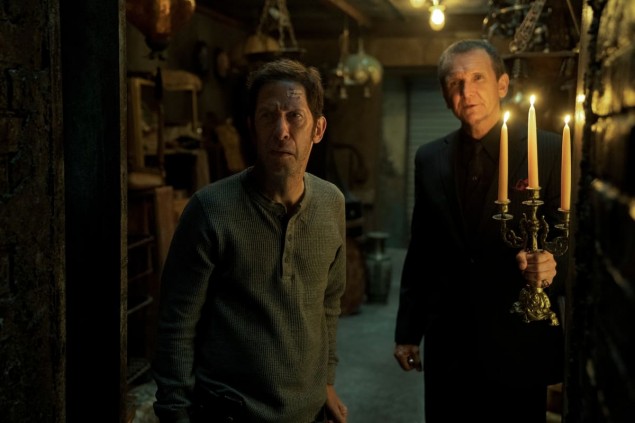 Among the 2022 horror TV series, the latest – and perhaps the most interesting – is Guillermo Del Toro’s room of wonders (Cabinet of Curiosities). These are 8 distinct tales that challenge the traditional idea of ​​horror. And that range from macabre, magical, gothic, grotesque and traditionally disturbing. They are sophisticated and sinister episodes (including two original subjects by Guillermo Del Toro) personally chosen by the Oscar-winning director.

Patricia, Terry and their two teenage children arrive in the small town of Shining Vale with a marriage to be strengthened after her betrayal. Patricia is a writer who has long lacked inspiration and she believes relocation is the solution. But the family does not have time to set foot in the house, that the woman begins to feel disturbing presences that intensify with the passing of the days. The protagonists of this horror comedy are Courteney Cox, Mira Sorvino And Greg Kinnear.

A couple of parents, Dorothy and Sean Turner, are in mourning due to a tragedy that has put their marriage in crisis. They hire young nanny Leanne to care for a reborn doll, the only thing that managed to shake Dorothy from the catatonic state she fell into after the death of her son Jericho. Over time, however, a mysterious force entered their home…. Produced by M. Night Shyamalan (who directed a few episodes and allowed himself a cameo as an actor), the series has just been renewed for a fourth and final season. Protagonists, Lauren Ambrose And Rupert Grint.

The terrifying adventures of Sabrina

Inspired by a comic series, The terrifying adventures of Sabrina is the macabre remake of the famous 90’s pop show, Sabrina the life of a witch. Sabrina Spellman is half human and half witch, but she doesn’t want to swear allegiance to Satan. From that moment on, her life will never be the same again. A version with satanic masses, demons, infernal scourges, and a more than fair amount of blood. Macabre and gothic, in one word: unmissable. 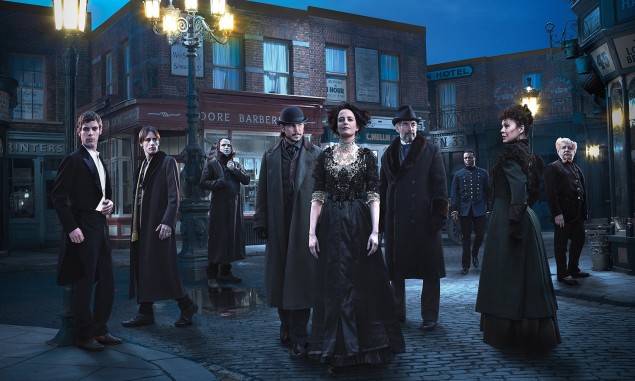 The cast of Penny dreadful.

Unfortunately it is over. But Penny Dreadful (a magnificent one Eva Green) is a series not to be missed. The name derives from dreadful pennies, which are periodicals from the 19th century. The plot intertwines the stories of protagonists of horror literature, from Dorian Gray to Dr. Jekyll, from Dracula to Victor Frankenstein. A spin-off was also born, Penny Dreadful: City of Angels. Set in Los Angeles in 1938.

Cult series inspired by the comic of the same name Robert Kirkman. Deputy Sheriff Rick Grimes is injured in a shooting and ends up in a coma. When he wakes up the world has completely changed. Humanity, in fact, is grappling with a pandemic that has turned most men, women and children into ravenous zombies. In an attempt to find his family, Grimes will become the leader of a group of survivors in search of new hope. 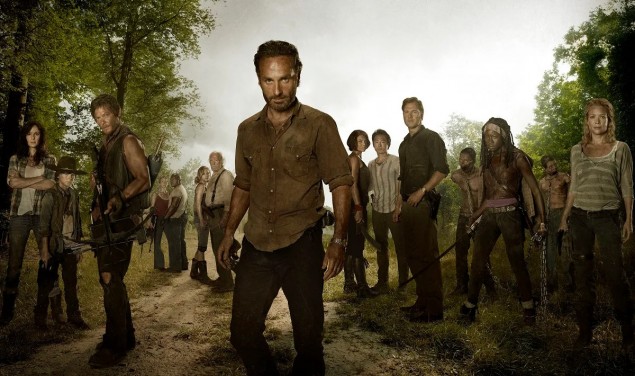 Anthological TV series created by Ryan Murphyas the title itself says, American Horror Story is the horror series par excellence. Each season boasts different storylines, characters and settings, offering horror stories centered on different tales. In the United States, the eleventh season has just started. And we can’t wait for it to come to us too. Not all of them live up to the fame. But the first is really scary!

A survival drama with horror undertones, it tells the incredible story of a high school women’s soccer team that survived a plane crash in the 1990s. Remaining isolated in the remote lands of Ontario waiting for help. This horror TV series is built on two different time planes and boasts a large cast almost all female. Among the best known faces, Christina Ricci And Juliette Lewis. 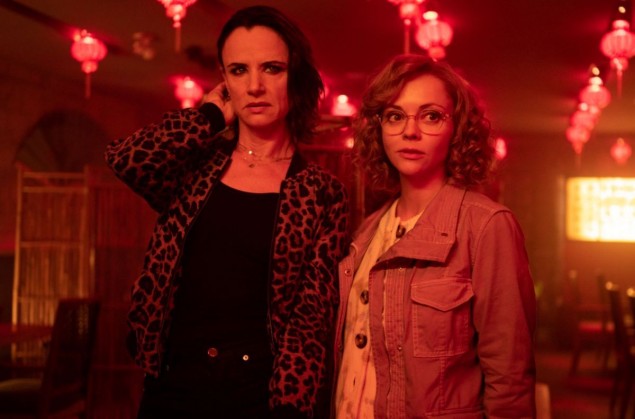 Christina Ricci and Juliette Lewis in a scene from Yellowjackets.

It’s only been two seasons, and that’s a shame. The first, The Haunting of Hill House tells the story of the Crain family. Disintegrated after some traumatic events that occurred inside a villa. 15 years later the survivors of the family have to face the nightmares of the past because a new mourning, which seems to be connected to the house, falls on the Crain.

The second season, The Haunting of Bly Manoris set in 1980s England. The producers drew inspiration from the classic supernatural stories of Henry James to create this choral drama. Which tells the story of Dani, a governess sent to Bly manor to take care of two orphaned children. Flora and Miles hide unspeakable secrets that terrify them and, at the same time, unusual phenomena occur that disturb the quiet night of the house …

Based on the cinematic horror saga created by Wes Craven, this Netflix horror TV series stars a group of high school students grappling with a masked serial killer in a fictional American town. There would also be a third season, titled Scream: Resurrectionwhich is a reboot with new characters, but is currently unreleased in Italy.

Their is an anthology series that explores terror in America. The first season, The Pact, is about a black family who moved from North Carolina to Compton, a white-only neighborhood in Los Angeles, in 1953. The family’s beautiful new home slowly transforms into an epicenter of evil forces, as the neighborhood’s inhabitants try hard to chase their new neighbors, resorting to intimidation and violence. The second season, entitled Them: The Scareis in the production phase.

Based on the novels of Charlene Harris, tells of a world in which vampires can live among humans because synthesized blood was invented. But these aren’t the only creatures that live among us. Do you know Sookie Stackhouse (Anna Paquin), a telepathic waitress who works for a werewolf and falls in love with a vampire. She is simply magnificent. And with a Alexander Skarsgard frightening. 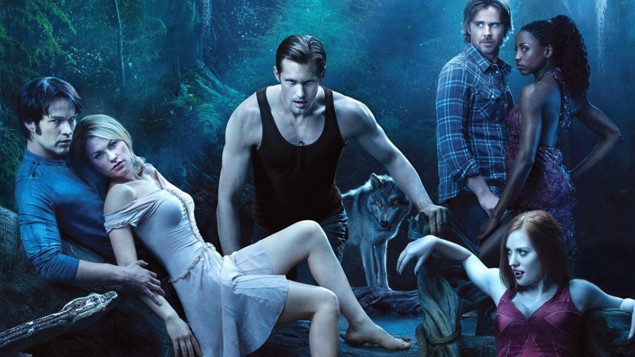 True Blood’s vampires (and other creatures).

Two brothers (the beautiful and tormented ones Jared Padalecki And Jensen Ackles), Sam and Dean Winchester, carry on the family tradition: fighting monsters. If we also put angels, demons and various creatures in the cauldron, the horror series is served. Duration 15 seasons, it has all the ingredients of the lovers of the genre.

In addition to the anthology Haunting, Mike Flanagan also signed this critically lauded 7-episode mini series. A small pearl in the immense offer of serial horror. A 127-year-old American citizen, a zealous priest and a young man who wants to see clearly about the alleged miracles taking place in the village. When religious fanaticism marries the dullness of small communities and the horror of folklore, magic is assured. 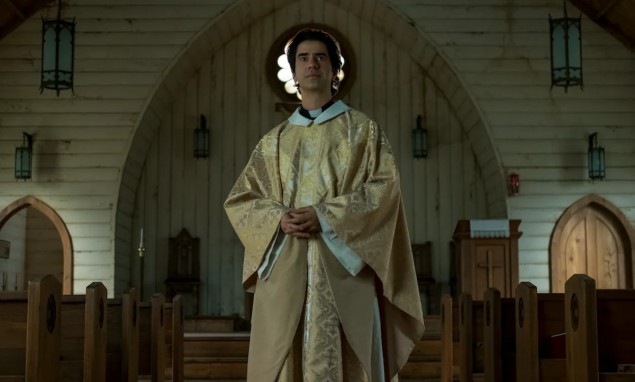 Impossible to have a plot of the series, because each episode is a story in its own right. But the common thread is the unpredictability and the drift of technology. Impossible to explain, Black Mirror is… Black Mirror. To see and review and review.

What we do in the shadow

When horror is all to laugh about. Little gem based on the film of the same name, it is structured as a fake documentary on the life of four vampires who live together on Staten Island. It is so good that, after the release of the third season, the series has already been renewed until the sixth. Good laughs… horror

We kept it for last because it is the cult horror TV series of the last few years. We have talked about it extensively. And, perhaps, waiting for the fifth and final season (who knows when it will arrive, though!), We strongly advise you to go and review the other 4. Have a good trip to the Upside-down.

David Martin is the lead editor for Spark Chronicles. David has been working as a freelance journalist.
Previous Pichetto at the gas battle, the debut in the EU – Politics
Next Android, beware of these apps: new adware downloaded millions of times 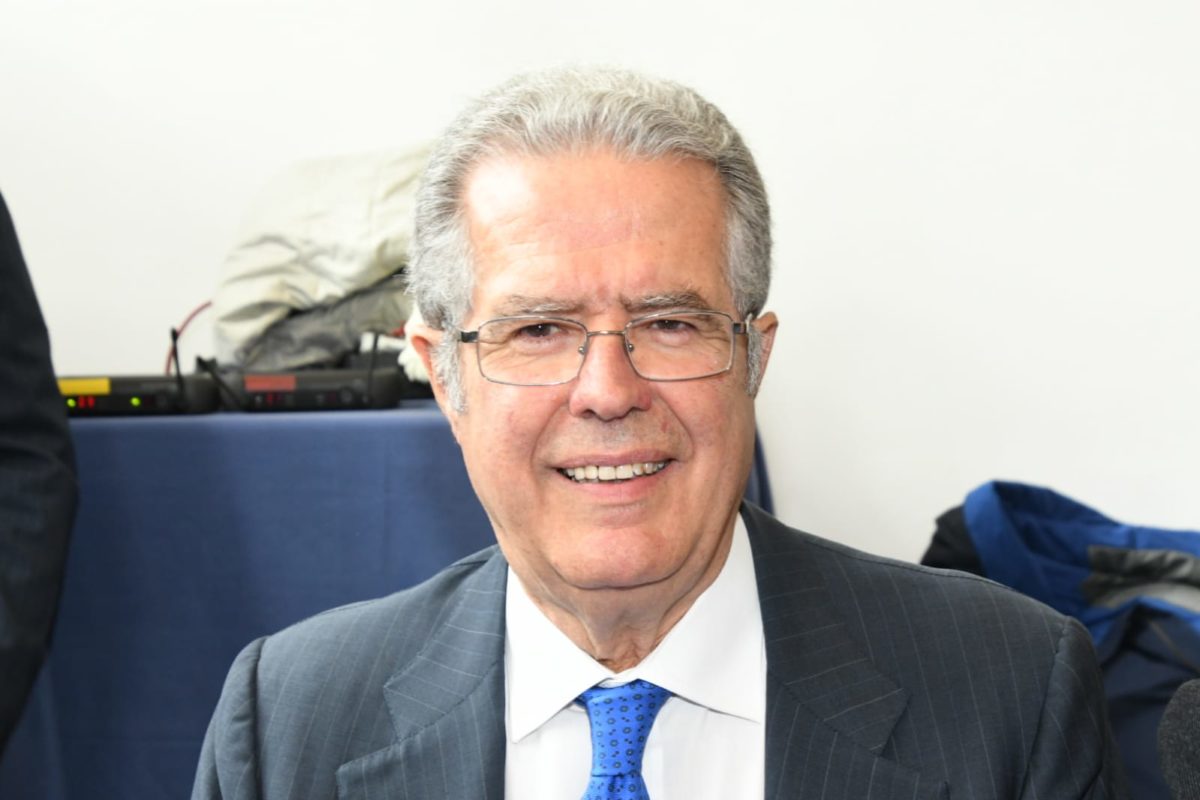 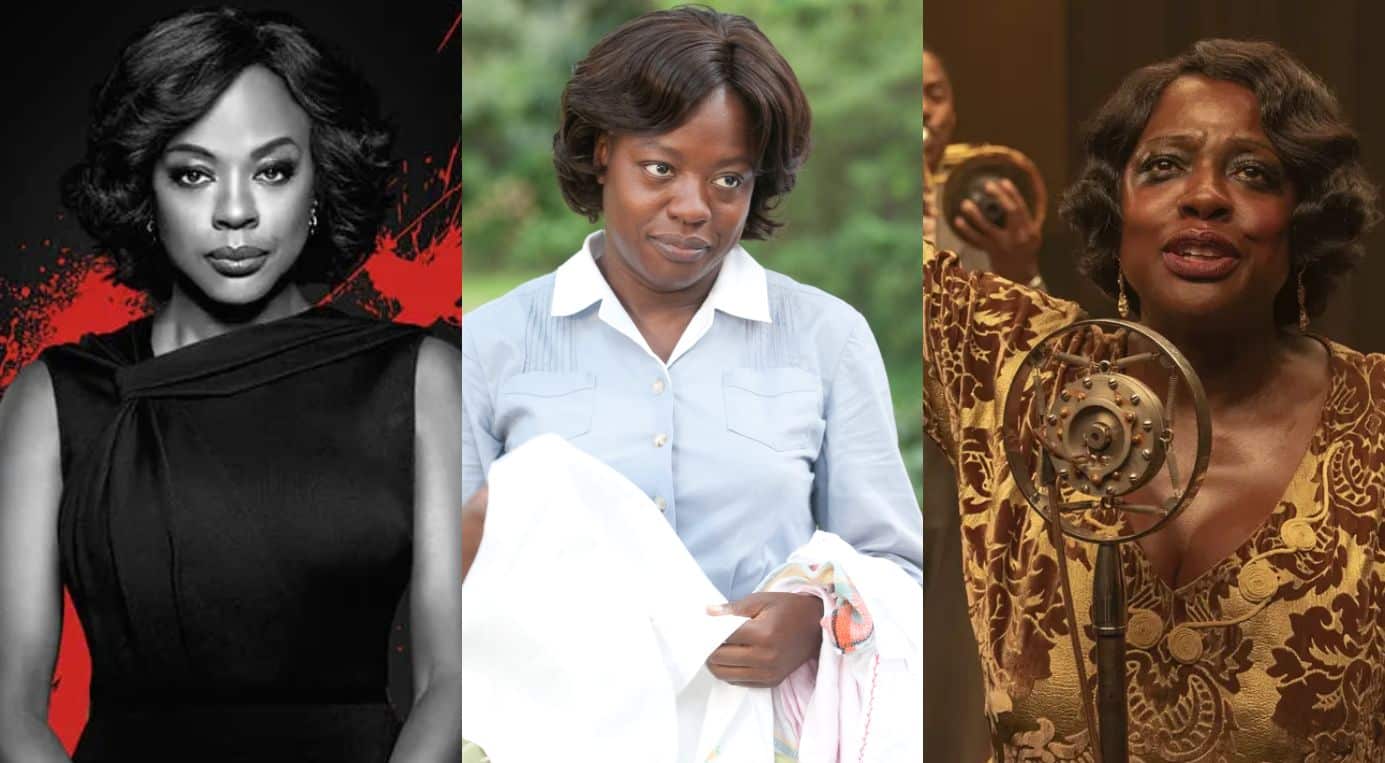 Dozens of memorable performances and an Oscar already under her belt, Viola Davis, awarded the …