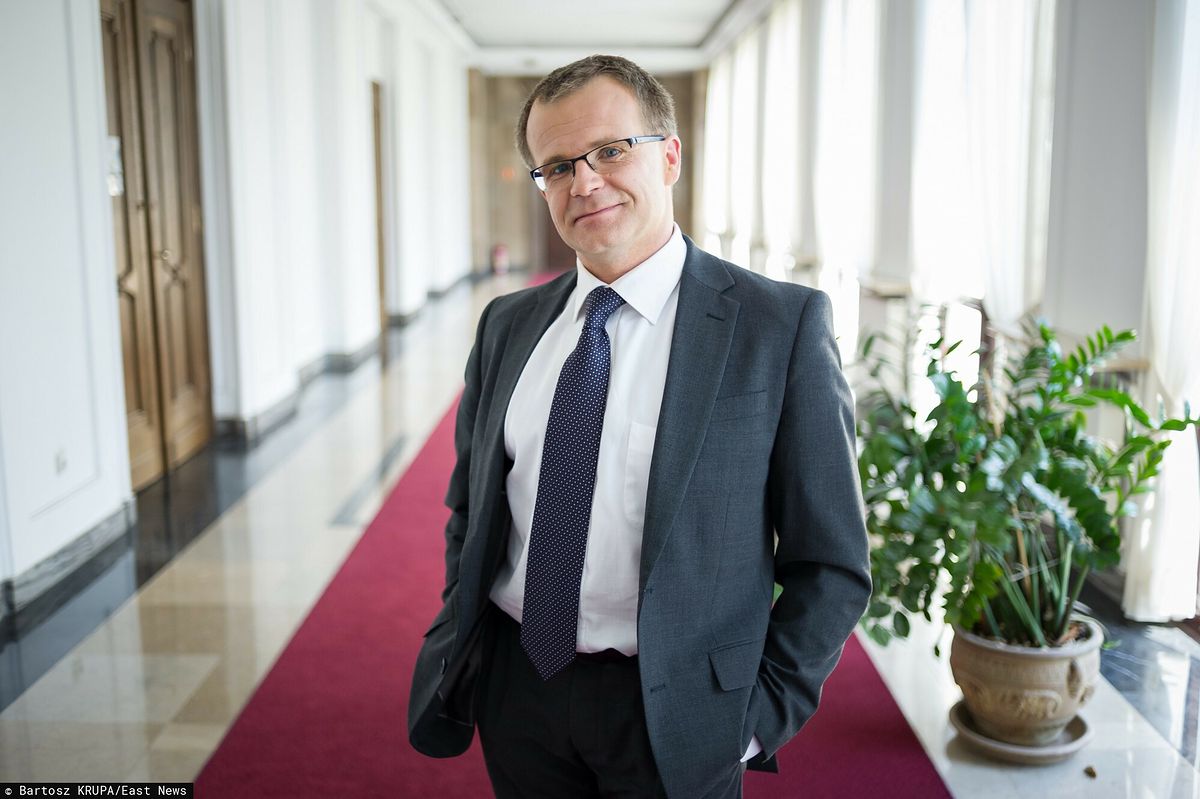 There are three members of the Monetary Policy Council elected by the Senate. On Wednesday, the upper house of parliament appointed two, because the two current members are about to end their six-year term. The term of office of the third member elected by the Senate will end in November 2022.

Ludwik Kotecki is the former chief economist of the Ministry of Finance. In the years 2012-2015 he was a member of the Polish Financial Supervision Authority and chairman of the Bank Guarantee Fund Council.

In 2009-2012 he was the government plenipotentiary for the introduction of the euro in Poland, in 2015-2016 he was the deputy executive director at the IMF in Washington. He has advised in various international organizations, including UNDP, IBRD and the IMF.

Przemysław Litwiniuk, in turn, is the former chairman of the Lublin Voivodship Parliament (he held this position in 2014–2018). He is an assistant professor at the Department of Finance of the Warsaw University of Life Sciences (he works at the Department of Public Finance, Banking and Law), and the author or co-author of 10 books and over 40 scientific articles on constitutional, European and agricultural law, as well as in the field of economic sciences.

– I was surprised by the lack of action to bring inflation closer to the targetwhich at that time was also 2.5 percent. +/- 1 percentage point If I participated in the work of this body, at the turn of 2019/2020 I would propose an interest rate correction – said Litwiniuk.

– Later, I can only have some reservations about the level of communication, because in 2020 or at the beginning of 2021, the development of events on the economic markets it was not programmable those models that are standardly available to central banks, he added.

In turn, according to Ludwik Kotecki, lowering the inflation rate may be very difficult, and it will be introduced from the beginning of the year The Polish Order may make the fight against high prices even more difficult.

– The Polish Order is an additional factor which, in my opinion, will be pro-inflationary in the economy by increasing the costs of entrepreneurs. Taxes and contributions have increased for entrepreneurs and they will be translated into higher prices. It seems that in such conditions bringing inflation down to the level close to the inflation target will be very difficult and will not happen very quickly – said Kotecki.

Kotecki and Litwiniuk will replace Eugeniusz Gatnar and Jerzy Kropiwnicki in the MPC, who will end their terms of office on 25 January. The third new candidate of the Senate will join the MPC in November, when Rafał Sura will leave his position. Joanna Tyrowicz is proposed in his place. Tyrowicz has been a consultant of the World Bank for many years and deals with the economics of the labor market. She also worked at the National Bank of Poland, from which she was removed by the team of Adam Glapiński.

The variety offered by video games never ceases to amaze him. He loves OutRun's drifting as well as the contemplative walks of Dear Esther. Immersing himself in other worlds is an incomparable feeling for him: he understood it by playing for the first time in Shenmue.
Previous Until Dawn developers are to work on “several” exclusive games for PS5. Supermassive is preparing surprises
Next Tomasz Hajto indicated two candidates for the coach of the Polish national team. Here are the chosen ones of “Gianni”