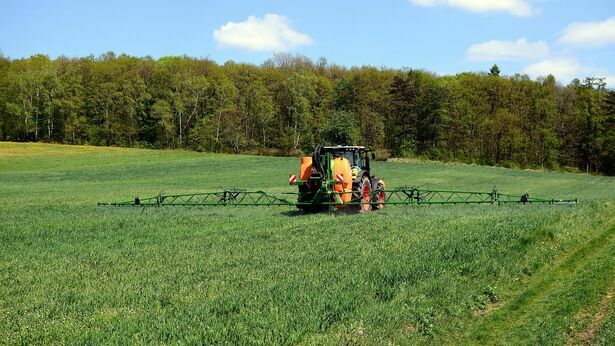 Not only fertilizers are becoming more expensive. Farmer: “I am not satisfied with the VAT reduction”

Urea, one of the popular fertilizers produced, among others in Zakłady Azotowe in Puławy, according to our interlocutors
in the last year it went up from 1.5 thousand. PLN per ton to 4.5 thousand. zloty.

Another example given by farmers: a barrel of UAN fertilizer weighing 24 tons until recently cost 14 thousand. PLN, and currently its prices reach up to 50 thousand. zloty.

In order to counteract the rising prices of fertilizers, the government has announced a reduction of VAT on these products to zero, i.e. by 8 percent (from February). In other words: a statistical farmer who bought 10 tons of urea for 15 thousand zlotys every year. PLN, today will pay for the same product by 30 thousand. PLN more, “gaining” at the same time about 3.6 thousand. PLN thanks to the tax reduction. Unless he is the so-called a VAT taxpayer who has so far recovered this tax. In this situation, it will not benefit from the announced change.

– I am not satisfied with the reduction in VAT. So what if I will not pay PLN 400 if a ton of fertilizer has increased from 1.5 to 4.5 thousand. zloty? Fortunately, I have a farm in good, fertile soil. I also have manure because I raise cattle. That is why I can afford to temporarily give up artificial fertilizers – says Mr. Jakub, one of the farmers from the Stężyca commune in the Ryce poviat. – Another solution is to order fertilizers abroad, where you can find cheaper substitutes for those produced in our country, but I do not buy fertilizers at new prices. Other farmers are also waiting for the situation to develop.

High fertilizer prices are not the only problem faced by farmers. The agricultural sector is also struggling with inflation, which leads to a dynamic increase in the prices of other products as well.

– Everything is more expensive: fertilizers, fuel, agricultural machinery. Fortunately, I bought fertilizers last year. Pricey but cheaper than I would pay for them today. The seed drill, for which I paid 102 thousand zlotys a year ago. PLN, today it is already worth approx. 140 thousand. zloty. The prices of tractors became similar – says Marek Pękala, a farmer in Wola Osińska, a cattle breeder who cultivates about 38 hectares of fields and meadows for his needs.

That’s not all. Many farmers, especially those who have invested in the development of their farms in recent years, took out loans. Due to an attempt to limit inflation, the MPC raised interest rates, which will soon translate into higher installments.

– Some farmers have problems. Some have overinvested and are struggling with high debt. We are trying to help them – admits Agata Kamińska from the Lublin Agricultural Advisory Center in Końskowola.

Households also consume a lot of electricity, the price of which, unfortunately, is also rising. All of this may translate into this year’s prices of agricultural products, and then the prices of food in stores. To limit this trend, the government will temporarily cut VAT on food from 5 percent. to zero, but such a move may not be enough, because there are so many pro-inflationary factors.

The variety offered by video games never ceases to amaze him. He loves OutRun's drifting as well as the contemplative walks of Dear Esther. Immersing himself in other worlds is an incomparable feeling for him: he understood it by playing for the first time in Shenmue.
Previous PS5 finally with VRR support in games? Sony is already preparing a key update! When to download?
Next NBA results: 27 points Durant and the Nets smashed the Bulls. LeBron 34 points for nothing – the Lakers are losing again!