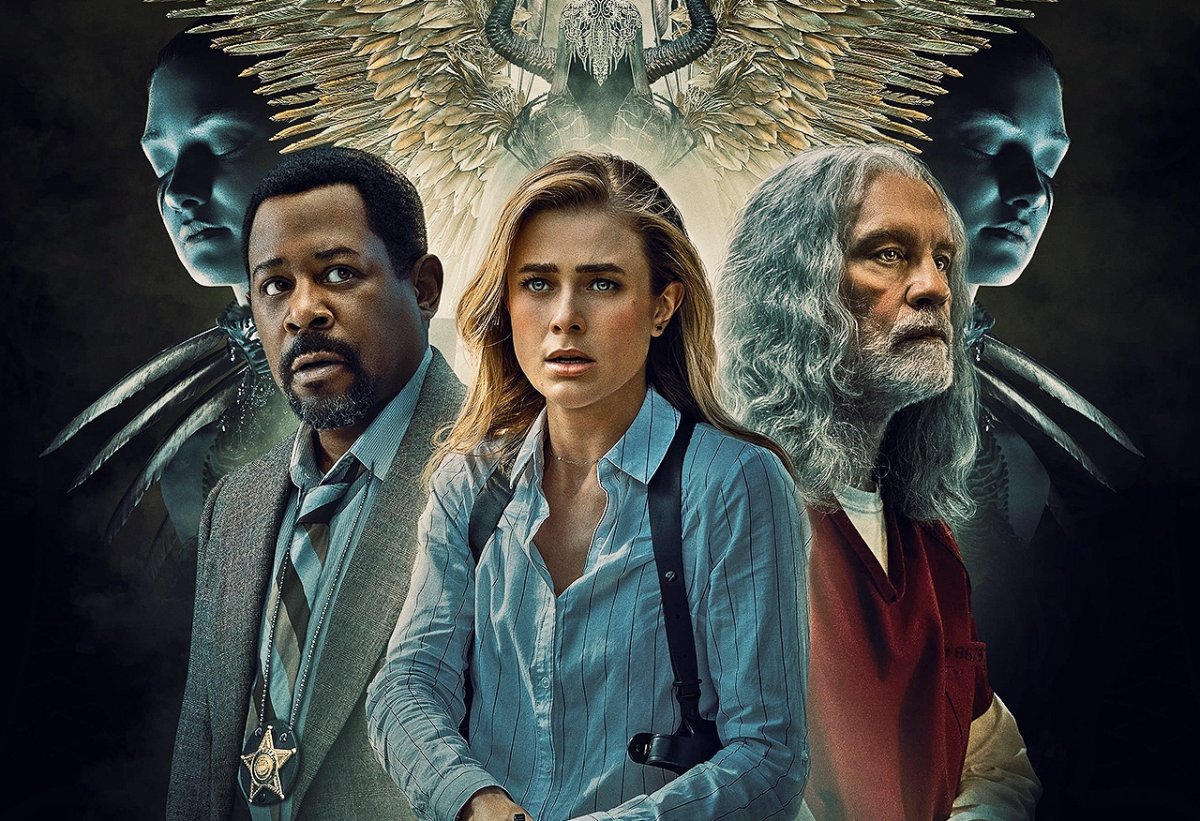 Let’s find out the film programming of Notorious Pictures for 2023: from animation to thrillers, passing through Zlatan Ibrahimovic in the role of an ancient Roman … 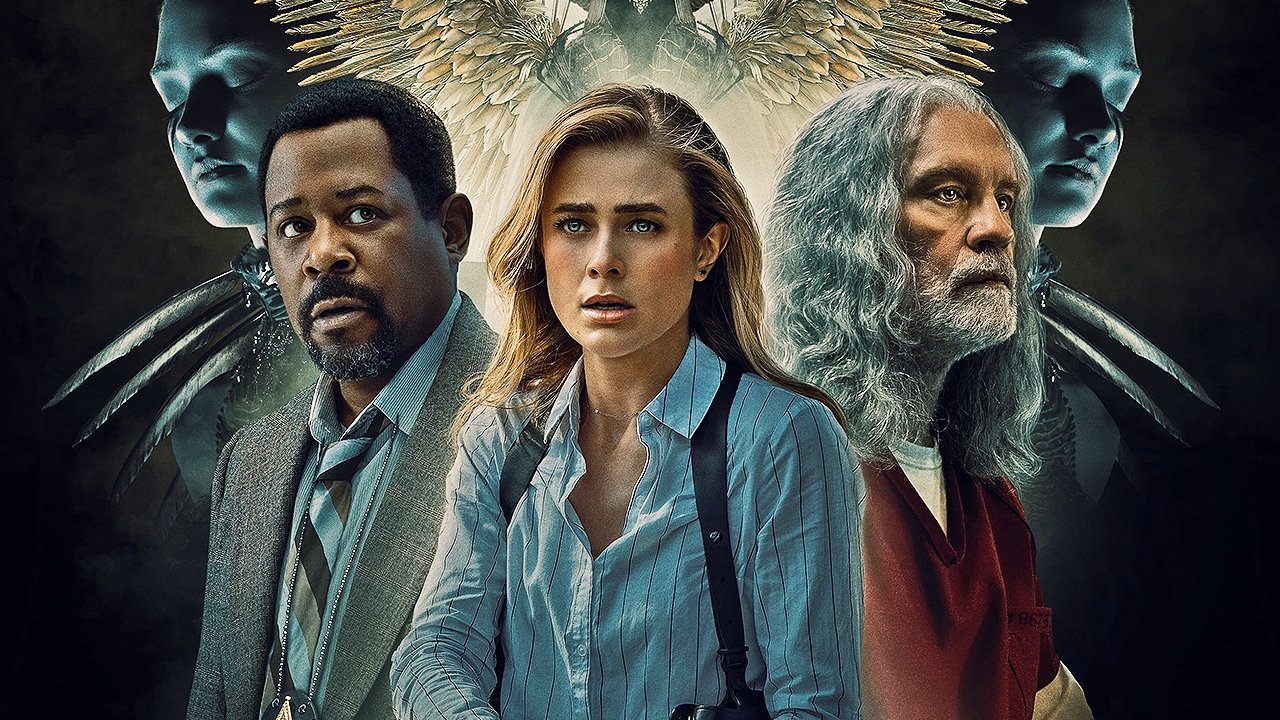 2023 by Notorius promises to offer a first semester capable of satisfying all its viewers: in the new price list of the production and distribution company we find teen movies such as Charlotte M. The Movie by Emanuele Pisano, the thriller Mindcage – Criminal mind with John Malkovich, a new version of The 3 Musketeers with Eva Green and Asterix and Obelix – The Middle Kingdom with a special guest, Zlatan Ibrahimovic. Want to know more about all the movies scheduled for Notorious pictures? here is the price list of 2023.

On 1 January 2023, the first title dedicated to teenagers arrives immediately, a huge slice of the market for Italian cinemas: Emanuele Pisano presents his first feature film Charlotte M. The Movie – Flamingo Partythe first film from the popular creator Charlotte M.. Charlotte is a spontaneous and creative girl, she is busy organizing the school dance to raise the necessary funds to save the natural oasis where she spent the best moments of her childhood. To be successful in the enterprise, she tries in every way to show herself perfect in the eyes of the whole school, but in this way she ends up losing her sincerity, ruining her love story with Davide and above all the relationship with her best friend. of you, Sophia. To find the things that really matter, Charlotte will have to find herself first.

In April 2023, however, a teen drama arrives that definitely changes its tone: We light years by Tiziano Russo (one of the directors of Skam Italia) brings to the cinema the story of Elsa, 17, who discovers that her whole life may already be over, she has leukemia and needs a bone marrow transplant right away. The only possible donor? Someone whose name he doesn’t even know, much less where he is: her father. Accompanying her on the journey in search of the man is Edo, a contemporary of hers met in the hospital, outgoing and irreverent. There doesn’t seem to be anything that Elsa and Edo have in common except the fact that they have the same disease, from which he is now almost cured. Or at least that’s what he told her…

From The Boys of the Wall to Skam Italia: the evolution of the Italian teen drama

Full animation for the little ones

January 19, 2023 arrives Argonuts – Mission Olympus by David Alaux: in the animated film, we set sail for ancient Greece with the adventurous and super smart little mouse Pixi and her companion, the cat Sam. During the journey, the two friends will face the most extravagant and dangerous creatures of Greek mythology to help the valiant hero Jason and his Argonauts save the city from the god Poseidon. On February 16, 2023, on the other hand, it’s time to Mavka and the Enchanted Forest by Oleksandra Ruban and Oleg Malamuzh. Mavka is a beautiful forest nymph known to humans as the Soul of the Forest. Together with her guardian animal she defends the forest from external dangers including the invasion of men into her kingdom. One day she is faced with an impossible choice: choosing between love and her duty as guardian of the Heart of the Forest. Will she be able to make the talented young musician Lukash love her and protect her kingdom from her?

On 23 February 2023 Mauro Borelli, creator of the concept of many famous sagas, returns to directing with Mindcage – Criminal mind which brings John Malkovich back to the big screen, along with Martin Lawrence and Melissa Roxburugh. Detectives Jake Doyle and Mary Kelly seek the help of an incarcerated serial killer nicknamed the Artist (Malkovich) when a copycat killer starts committing new murders. As Mary searches the Artist’s brilliant but twisted psyche for clues, she and Jake are drawn into a fiendish game of cat and mouse, forced to race against time to stay one step ahead of the Artist and his impersonator. In the first months of 2023 another title arrives for lovers of tension: Alice Darling is Mary Nighy’s thriller starring Academy Award nominee Anna Kendrick, who plays a woman pushed to breaking point by her boyfriend Simon. While on holiday with two close friends, Alice begins to regain her independence, but Simon’s revenge will be as inevitable as it is shocking and, once unleashed, will test Alice’s strength, her courage and the bonds of her deep friendships.

From Eva Green to Zlatan Ibrahimovic for Notorious

On February 2, 2023, one of the most loved sagas by the public from all over Europe returns, that is Asterix and Obelix – The Middle Kingdom directed by Guillaume Canet, who is also part of the cast together with Oscar winner Marion Cotillard in the role of Cleopatra, Vincent Cassel in those of Caesar and an unpublished Zlatan Ibrahimovic in the role of the Roman Caius Antivirus. In this exhilarating adventure, Asterix and Obelix are grappling with a historic feat: the two valiant warriors will have to help Fu Yi, the only daughter of the Chinese emperor Han Xuandi, who escaped from the clutches of an evil prince and arrived in Gaul in search of the their help. On March 8, 2023, Oscar nominee Maria Bakalova comes thanks to the comedy The Honeymooon – How will I ruin your honeymoonfilm by Dean Craig that tells the misadventures of Adam and Sarah, newlyweds who are about to embark on the most romantic honeymoon ever in Venice, Italy.

But when their journey is thwarted by Adam’s overly needy best friend Bav, it suddenly turns from a perfect honeymoon into a complete disaster. Finally, April 6, 2023 arrives The 3 Musketeers: D’Artagnan, the first of two chapters taken from the great classic by Alexandre Dumas, with Eva Green, Vincent Cassell and Louis Garrell. D’Artagnan, a lively young Gascon, is left for dead after trying to save a girl from a kidnapping. When he arrives in Paris, he tries in every way to track down the attackers but he doesn’t know that the search will lead him into the heart of a real war that puts the future of France at stake. Allying himself with Athos, Porthos and Aramis, three musketeers of the king, D’Artagnan will face the machinations of Cardinal Richielieu. But, falling in love with Constance, the queen’s confidante, he will put himself in serious danger by earning the enmity of the one who will become his worst enemy: Milady.

Eva Green: the charm of a femme fatale in six roles

David Martin is the lead editor for Spark Chronicles. David has been working as a freelance journalist.
Previous Raji An Ancient Epic Download Full Game PC For Free
Next Jon Watts doesn’t want to sign? [RUMOR]