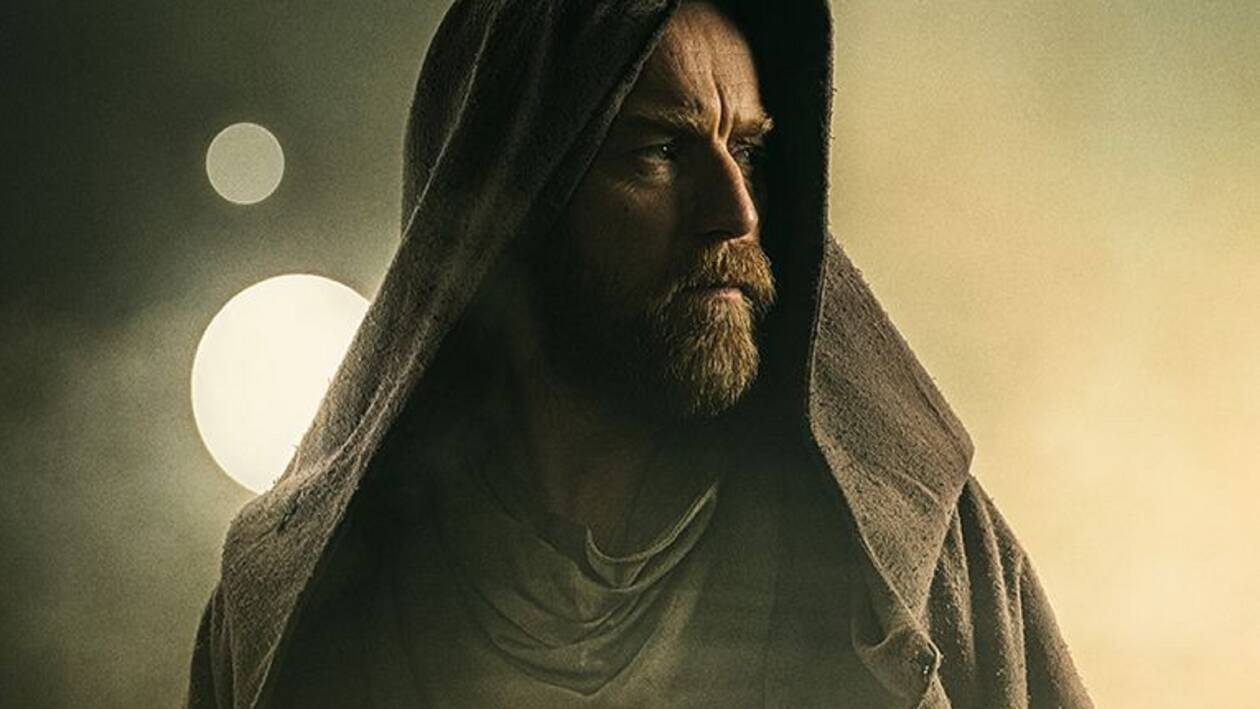 The arrival of Obi-Wan Kenobi on Disney + is one of the new incarnations of Star Wars most awaited by fans of the franchise. After years of hoping to see Ewan McGregor again in the role of the Jedi master, the disappointment over the cancellation of what should have been a film from the seemingly defunct A Star Wars Story project was alleviated by the announcement of a series dedicated to the Jedi. The arrival of this unknown chapter in Kenobi’s life is, of course, the perfect opportunity to retrace the past of this hero, an operation that we can do thanks to Disney +, which offers its subscribers the entire Star Wars catalog.

The streaming service of the entertainment giant boasts an entire section dedicated to the galaxy far, far away, in which there are not only films but also series (such as The Mandalorian) and the rich production of Star Wars in the field of animation. A presence that allows you to retrace Obi-Wan Kenobi’s past, in order to retrace the salient moments in the life of the Jedi that precede the events of the series, set ten years after the events of the final chapter of the Prequel Trilogy, Revenge of the Sith.

Obi-Wan Kenobi: how and what to see on Disney Plus

First chapter of the prequel trilogy. The Republic finds itself facing a difficult situation, when the Federation of Traders imposes a blockade on the peaceful planet of Naboo, where the Jedi master is sent Qui-Gon Jinn (Liam Neeson) and his padawan, Obi-Wan Kenobi (Ewan McGregor), in the hope that their presence will lead to a peaceful resolution of the conflict. Unfortunately, their arrival reveals an even more formidable threat, namely the influence of a Sith lord, who seems intent on using this pretext to lead to the downfall of the Republic. Having escaped from Naboo in hopes of taking Queen Amidala to the Galactic Senate to plead the cause of her world, Obi-Wan and Qui-Gonn are forced to land on the desert planet of Tatooine, where they are helped by a young local slave. Anakin Skywalker (Jake Lloyd)whose miraculous origins linked to the Force convince the Jedi master that the boy is the Chosen One, the one who will restore balance to the Force.

After vainly trying to get the Senate to plead the cause of Nabbo, the queen Amidala (Natalie Portman) decides to return to his own world to fight on the front lines against the invasion of the Federation of Traders. Qui-Gonn and Obi-Wan, accompanied by little Anakin, fight alongside him, confronting the sith Darth Maul (Ray Park), that having to be killed in combat Qui-Gonn is apparently killed by Obi-Wan. After the liberation of Naboo and the discovery that his representative in the Galactic Senate, Sheev Palpatine (Ian McDiarmind), became Supreme Chancellor, Obi-Wan, appointed master, takes Anakin as his padawan.

The Phantom Menace it is chronologically the first appearance of Obi-Wan Kenobi. In this film, a conflicting relationship emerges between Obi-Wan and his teacher (as detailed in the novel Star Wars: Master and Apprentice), but above all Anakin Skywalker appears for the first time, with the introduction of the Prophecy on the Chosen One. From a narrative point of view, the portrait made of the Republic, idealized in the Original Trilogy, scratches the aura of perfection told by the Rebel Alliance, revealing decadent features and a malpractice of corruption and betrayal.

Attack of the Clones

Ten years after the Naboo Invasion, Anakin is continuing his training under the guidance of master Obi-Wan. A complicity has been created between the two in which there is no lack of friction moments, especially when the young pupil seems to feel restrained, also showing an inability to dominate his emotions. When, following an attack, the ex-queen Padmè Amidala, now a senator of Naboo, is entrusted to the protection of the Jedi, Obi-Wan and Anakin are in charge of her safety. Thwarting an assassination attempt against the woman, the Jedi discover how a bounty hunter, Jango Fett (Temuera Morrison), has been hired by mysterious principals. Tracking down Fett on Kamino, home world of the famous cloners, Obi-Wan sets out to track him, discovering that the Kaminoans are creating a secret army of clones for the Republic, as requested by Jedi master Siphodias.

Meanwhile Anakin, after escorting Amidala to Naboo, has a vision of his mother’s death, which pushes the two, now in love, to travel to Tatooine. Here Anakin discovers that her mother, after being freed and creating a family, has been captured by the Tusken raiders. In an attempt to save her, Anakin, seeing her die, yields to the Dark Side and exterminates the marauders. After receiving a distress message from Obi-Wan, he followed Jango to the refuge of his mandates on Geonosis, Anakin and Padmè go to his aid, also being captured by the ex. Jedi Count Dooku (Christopher Lee), now siding with the Separatists. After a battle with the Jedi led by the master Mace Windu (Samuel L. Jackson) and the troops of clones led by the master Yoda, the Republic starts the Clone War, while in a secret location Anakin and Padmè, luckily survivors of the battle, get married.

Attack of the Clones it helps to understand Anakin Skywalker’s first step towards the Dark Side of the Force, but also to see how much affection, an almost parterial love, binds the padawan to his Master. After his almost subordinate figure to his mentor, Obi-Wan appears more mature, at times brash, but nevertheless wise and ready to discover what dangerous conspiracy lurks in the war with the Separatists

Animated series set between Attack of the Clones and Revenge of the Sith, which sees Anakin and Obi-Wan participate in the Clone Wars. Anakin has the opportunity to be entrusted with a young Padawan, Ahsoka Tano. The importance of this series, to better understand Obi-Wan Kenobi, is not only in the further definition of the relationship between Kenobi and Skywalker, but also for the treatment of some personal and intimate aspects of the Jedi Master. In the story arc of Mandalore (in particular, episodes 12-13-14 of the second season), the love feeling between Kenobi and the Duchess Satine Kryze, lady of Mandalore. A love complicated by their respective commitments, which will be further made dramatic with the return of Darth Maul (Brothers) and the Mandalorian civil war, with the death of Satine.

Revenge of the Sith

In a surprise attack, led by General Grievous, the Separatists, with the help of Count Dooku, kidnap Chancellor Palpatine from Coruscant, capital of the Republic. Anakin and Obi-Wan manage to save Palpatine, not before Anakin brutally defeats Dooku in a duel, fomented by a Luciferian Palpatine. The Clone Wars continues to rage across the galaxy, breaking the security of the Republic and prompting the Jedi to position themselves as commanders of the new legions of Clones. Anakin is welcomed by Chancellor Palpatine as his protege, a position that soon leads the padawan, appointed Knight under pressure from the same chancellor, to discover that his mentor is none other than Darth Sidious, the lord of the Sith who has been plotting since the Invasion of Naboo in the shadows to cause the downfall of the Republic and the disappearance of the Jedi.

After denouncing his discovery, Anakin, convinced that only Palpatine can save his beloved Padmè from death during the birth of their twins, opposes the Jedi who want to arrest the Chancellor, becoming his apprentice, with the name of Darth Vader. After exterminating the padawans at the Jedi Temple, while with theOrder 66 Palpatine turned the clones against the Jedi, Vader is sent to Mustafar, the meeting place of the Separatists, with orders to exterminate them to end the war.

Here, joined by Padmè and his master secretly embarked on board the senator’s ship, Anakin definitively yields to the Dark Side, confronting his master, while on Coruscan the master Yoda tries in vain to eliminate Darth Sidious. At the end of a dramatic fight, Obi-Wan defeats Anakin, leaving him dying on Mustafar, helping Padmè, who dies giving birth to the twins, Luke and Leia. The film ends with Anakin’s physical transformation into Darth Vader and Obi-Wan which takes Luke to his uncles on Tatooine, promising to stay on that planet to watch over him.

Revenge of the Sith, conclusion of the Prequel Trilogy, marks the end of the Republic and the rise of the Empire. In this chapter of the saga, Obi-Wan witnesses the end of his world, forced to confront his beloved padawan, killing him. The events of Revenge of the Sith are fundamental to understanding the emotions that will animate Obi-Wan, forced to live with the choices made and accept a new reality