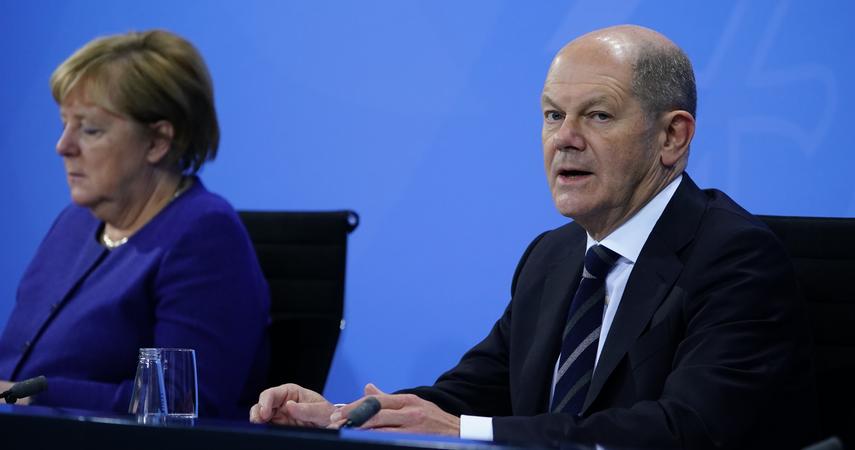 Olaf Scholz becomes the new chancellor of Germany? A conservative who wants to build social housing

According to the Financial Times reports, we are to know the composition of the German government on Wednesday. Olaf Scholz would become the chancellor.

The Social Democrats (SPD), the Greens and the Free Democratic Party announced that they had reached an agreement to form a new government, which paves the way for the minister of finance, Olaf Scholz from the SPD, to become chancellor of Germany – the Financial Times reports on Wednesday.

What views does Scholz have? The 63-year-old politician is in favor of increasing the statutory minimum wage to EUR 12 (from the current EUR 9.60). He is in favor of German industry becoming climate neutral in the next 25 years, and in the context of the fight against climate change, believes that the country is facing the greatest modernization Germany has ever experienced.

When it comes to immigration policy, Scholz wants to leave the door open, but not for everyone without exception. In his opinion, Germany should offer care and protection to those who have sufficient grounds for it, but the perpetrators of crimes – as he said in an August interview for Deutsche Welle (DW) – should not count on staying in Germany. According to him, the right of residence should have over 800,000. refugees from Syria. The politician does not see the possibility of sending them back to their country of origin. Instead, he sees Germany’s role in supporting migrants in regions closer to their place of residence.

Scholz and his party insisted that he was the most experienced of the three candidates for chancellor and ready to deal best with the challenges – be it pandemic, economic, migration or the fight against climate change.

His opponents, however, believe that Scholz veers too much to the left and that is where he would have pulled the row. The SPD’s ideas to raise taxes for the richest and to finance, for example, the construction of 400,000 jobs, are probably not helping to fight this assessment. housing, of which 1/4 would be social housing.

Scholz also believes that European societies experience uncertainty, and this feeling can influence the decisions they make at the ballot boxes.

“Why did Britain vote for Brexit when it was against its own interests? Why did the Americans vote for Trump? I think because people experience deep social insecurity and underestimate what they are doing.” We see the same dissatisfaction and uncertainty not only in the USA or Great Britain, but also in the Netherlands, Sweden, Denmark, Finland, Norway, Austria and Germany – countries that from the outside may give the impression that they have no problems “- said the politician before one of the election rallies.

See also: Poles earn almost four times less than Germans, despite the fact that they work the most in the EU

Since he became a candidate for the chancellor, Scholz had the opportunity to speak about European integration more often than about Poland, but as the Center for Eastern Studies (OSW) reminds us in its September publication, Social Democrats supported the expansion of instruments to strengthen the rule of law in the EU, and in this context the SPD candidate criticized the Polish government.

In an interview in December 2020, Scholz made a distinction “between a Europe-friendly majority of Polish society and the Polish government with which, as a German state, we are now also critically discussing the rule of law in Europe” – points out the OSW.

Videogames entered his life in the late '80s, at the time of the first meeting with Super Mario Bros, and even today they make it a permanent part, after almost 30 years. Pros and defects: he manages to finish Super Mario Bros in less than 5 minutes but he has never finished Final Fight with a credit ... he's still trying.
Previous Robert Kubica and Orlen stay with Alfa Romeo in F1. “I want to win Le Mans”
Next These celebrities admitted being depressed! Here’s what they say today!