The exclusion of André Onana from the 2022 World Cup has become a case in Cameroon. In fact, some have circulated on social media in recent days heavy audio in which an alleged “deep throat” inside the locker room would reveal the real motivations at the basis of the goalkeeper’s departure from the world expedition. According to reports, Onana would have disputed the form of Nicolas Nkoulou to ct Rigobert Song and the conversation would later be reported in a not completely truthful way by the FeCaFoot spokesperson Ernest Obama to the president of the Federation Samuel Eto’o causing the exclusion of the player, accused of having also criticized the choices of the coach. 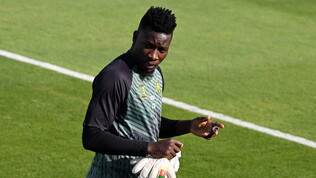 A reconstruction on which there are still no certainties, but which is causing a lot of discussion in Cameroon. Angry with Obama for having incorrectly reported a discussion on the pitch to Eto’o, the players had in fact asked the spokesperson to be removed from the president of the Federation, but the former Inter striker preferred to oust Onana from Qatar. A mix of rumors, indiscretions and background that still shroud the situation in mystery and on which the Cameroonian parliament also wants to see clearly. According to reports from Le Jour, the deputies asked for clarifications on the exclusion of Onana from the Minister of Sport, Narcisse Mouelle Kombi.

In the meantime, the hunt for the “deep throat” of the locker room continues on social media. “The paternity of these demeaning and unworthy considerations has been attributed to me – explained Collins Fai, identified by some as the alleged author of the offending audio -. But I decline all responsibility for these squalid audio tapes that have the purpose of polluting the atmosphere and disturb the national team who are now thinking of other goals”. “I reserve the right to take legal action against the real authors and all the people who will enjoy spreading these extracts and these observations with the aim of harming my person – added the defender -. I always remain attached to moral values of our country”.

David Martin is the lead editor for Spark Chronicles. David has been working as a freelance journalist.
Previous Sending a Letter for Sanding Words. Interview with Daniele Di Girolamo after the Rome exhibition
Next Jasmine Trinca makes her directorial debut at the Cannes Film Festival