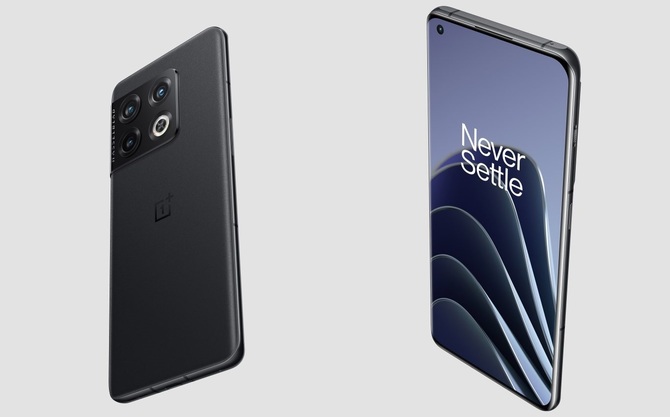 OnePlus 10 Pro – the Chinese premiere of the long-awaited flagship is behind us. It surprises, among others smartphone price

OnePlus 10 Pro did not promise to be a breakthrough from the very beginning. Well, a few months ago there were voices that despite the fact that the 9T Pro model did not appear, this year’s flagship will be very similar to the top “nine”. Today, however, we are after the official premiere of this flagship and it is worth noting that there was some truth in those reports. The latest OnePlus smartphone, apart from the new processor, offers rather few changes in the specification. In turn, when looking at the front of the device, it is difficult to notice any differences from its predecessor – only the backs with a new camera island reveal that we are dealing with something new. And how is it all presented on paper?

OnePlus 10 Pro will be available from 4699 yuan (about PLN 2,955), while the most powerful variant with 12 GB RAM was priced at 5299 yuan (about PLN 3335). So it is a bit cheaper than last year’s OnePlus 9 Pro, but it will only be confirmed by the world premiere of the smartphone, which is to take place only in March or April.

OnePlus Nord N20 5G – we got to know the look and specification of the smartphone. This could be one of the most beautiful mid-range models

OnePlus 10 Pro offers a 6.7-inch LTPO 2.0 Fluid AMOLED 120 Hz screen with a resolution of 3216 x 1440 pixels, which supports, among others. HDR10 +, 10-bit color depth or MEMC. On its left side there is a cutout for a 32 MP selfie camera. The heart of the device was a 4-nanometer Qualcomm Snapdragon 8 Gen 1 accompanied by 8 or 12 GB of LPDDR5 RAM and 128 or 256 GB of UFS 3.1 internal memory. The main camera of the smartphone consists of a 48 MP Sony IMX789 main unit, a 50 MP Samsung JN1 ultra wide angle lens and an 8 MP OmniVision OV08A19 telephoto lens. The entire module was prepared in cooperation with the Hasselblad company, which is confirmed by the brand logo on the mentioned island.

In addition, OnePlus 10 Pro offers a 5000 mAh battery with support for 80W SuperVOOC wired charging as well as 50W AirVOOC wireless charging and reverse charging. There is also a Wi-Fi 6 module, NFC, Bluetooth 5.2, stereo speakers and a fingerprint reader (under the screen) on board. There will be two color versions to choose from: black (Volcanic Black) and green (Emerald Forest). The price of the smartphone looks good – it will be available from 4,699 yuan (about PLN 2,955), while the most powerful variant with 12 GB RAM was priced at 5,299 yuan (about PLN 3,335). So it’s a bit cheaper than the OnePlus 9 Pro. However, we do not know yet whether the official prices in PLN will reflect this well. The world premiere of OnePlus 10 Pro is not to take place until March or April. It is possible that the global variant of the smartphone will have a slightly changed specification.

He likes dogs, pizza and popcorn. Already a fanboy of Nintendo and Sony, but today throws anything. He has collaborated on sites and magazines such as GameBlast, Nintendo World, Hero and Portal Pop, but today is dedicated exclusively to Spark Chronicles.
Previous A wave of frosts in the USA. The temperature will drop to nearly 43 degrees Celsius below freezing
Next UK polls are ruthless for Johnson