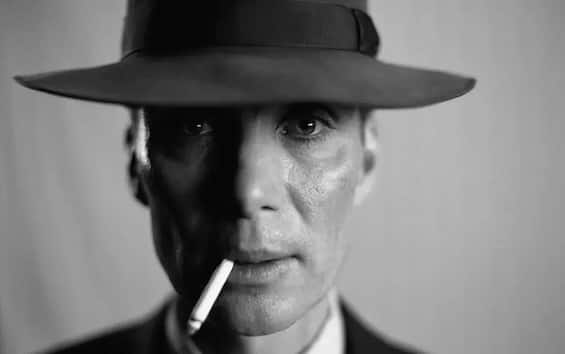 Oppenheimer, the teaser trailer of the new film by Christopher Nolan has been released. VIDEO

Oppenheimer, also Christopher Denham and Josh Zuckerman in the cast

We will have to wait for July 21, 2023 to see Christopher Nolan’s new and highly anticipated film “Oppenheimer” at the cinema, but Universal has presented the first teaser trailer online. In the video, which lasts only about a minute, we see a crescendo, with images of particles or ash, flames, precisely suited to evoking the effects of a nuclear bomb. Then a hat on the table and, finally, a black and white shot of Cillian Murphy, interpreter of J. Robert Oppenheimer, who looks absorbedly out the window, wearing the hat. The trailer closes with the slogan: “The world is forever changing” and a voice is heard saying: “The man who moved the earth”. The film we remember is based on “American Prometheus: The Triumph and Tragedy of J. Robert Oppenheimer,” a Pulitzer Prize-winning biography by Kai Bird and Martin J. Sherwin, which chronicles the life and fall of the theoretical physicist played by Cillian Murphy while he was forced to face the ramifications and consequences of his scientific discoveries.

Oppenheimer, Matthew Modine in the cast of the film by Christopher Nolan

David Martin is the lead editor for Spark Chronicles. David has been working as a freelance journalist.
Previous Barbie movie trailer Margot Robbie: first images
Next “We got rid of the nightmare of the World Cup”. Rai’s flagship event seen as a burden