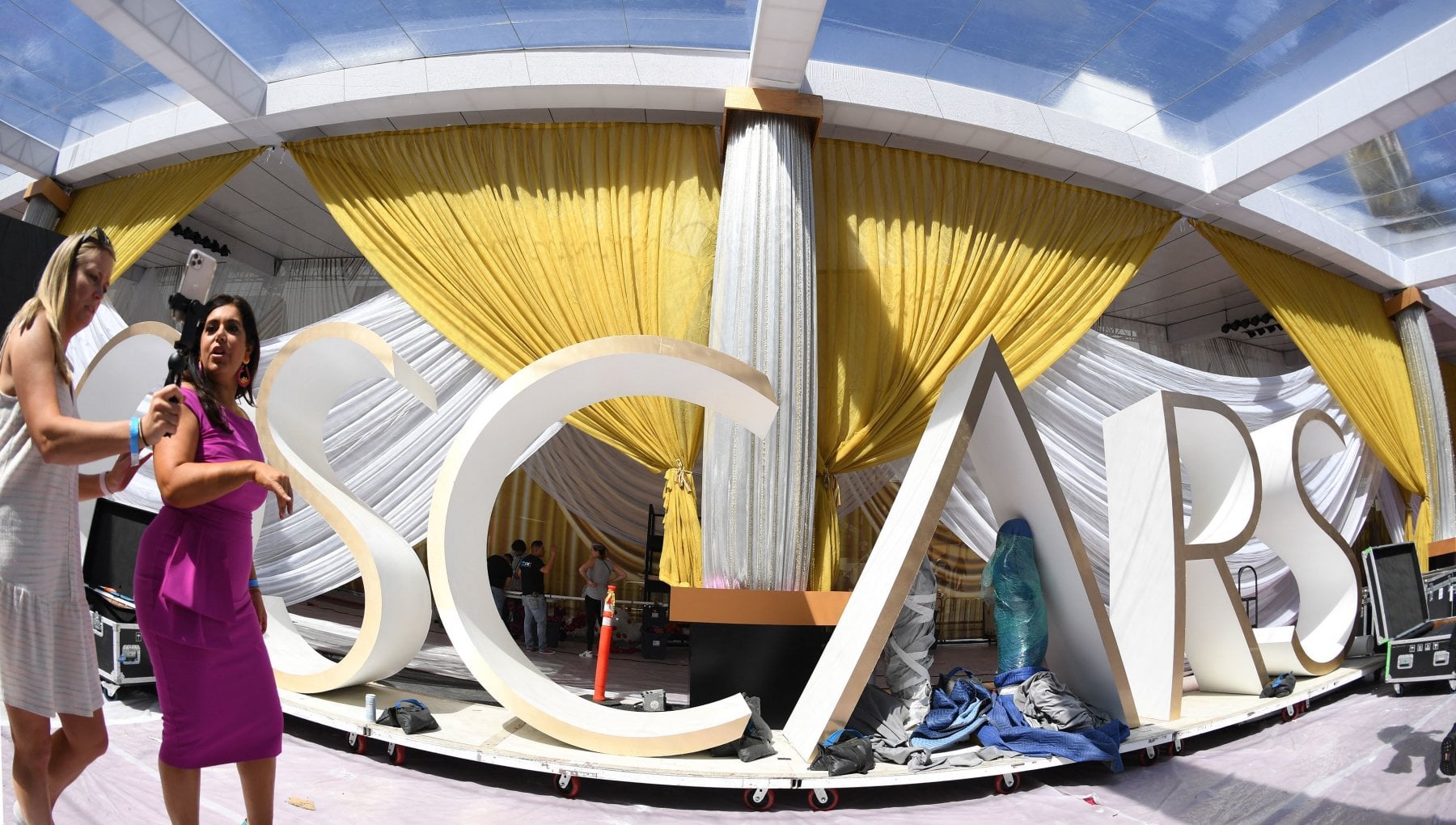 The goal is to revive the fortunes of the Oscars TV show at all costs. After years of decline in ratings, ABC is doing all they can to ensure that the Academy Awards ceremony returns to the glories of the past: Will PackerAfrican American producer of successful films such as The girls’ journey (a real hit in the USA) and for the first time in history, three actresses were chosen, three stand-up comedians, to lead – each a segment – the evening. The producer said that every woman brings something different to the show, they are Wanda Sykes, Amy Schumer And Regina Hall.

War in Ukraine is sure to pop into the ceremony

Schumer said that he would have liked the President of Ukraine Zelensky in connection or with a recorded video: “I see it as a great opportunity to comment on a couple of things, I have prepared some jokes that shed some light on the current situation. I mean, they are happening. a lot of horrible things and it’s hard to choose which one to focus on. ” The hypothesis has been shelved but it is certain that the war will be the stone guest of this edition of the Oscars and probably many of the artists in their speeches or even simply with a small gesture, as happened at the Sag Awards.

On the other hand, the conflict has already been the subject of public interventions during various ceremonies for the film awards that preceded the Oscars. “We are with the hundreds of thousands of refugees fleeing the war, both Ukrainians and of other ethnicities and nationalities,” said the actress. Kristen Stewart during the Spirit Awards for independent cinema. The presenter Megan Mullally she was even more forthright in her denunciation: “I think I speak for everyone when I say we hope for a quick and peaceful solution … especially ‘Fuck …. and go home Putin’,” he said. She didn’t need words Rebel Wilson introducing to the Bafta the performance of Emilia Jonesprotagonist of the film Queue, with a gesture that was not sign language at all. The confirmation that current events will become part of the Oscars ceremony came from the producer himself: “These are really important times in the history of humanity and we are aware of it. So you can’t stage a show like this without taking it into account. or without finding a respectful way to recognize where we are and how lucky we are even to have managed to organize this show “.

Rebel Wilson’s middle finger from the Bafta stage: “The gesture to say Putin in all sign languages”

Presenters of the awards: Bill Murray to Uma Thurman

The list of presenters, who deliver the prizes to the winners, this year is very long: more than 40 personalities from the entertainment world. There are so many that a lot of jokes have been made on social media and lists of surreal guests have sprung up among the memes such as Annette, the doll from Leos Carax’s film and Jared Leto’s prosthetic make-up. These instead are the real presenters: Halle Bailey, Stephanie Beatriz, Josh Brolin, Ruth E. Carter, Sean “Diddy” Combs, Kevin Costner, Jamie Lee Curtis, DJ Khaled, Jacob Elordi, Jennifer Garner, Jake Gyllenhaal, Woody Harrelson, HER, Tiffany Haddish, Tony Hawk, Anthony Hopkins, Daniel Kaluuya, Samuel L. Jackson, Lady Gaga, Lily James, Zoë Kravitz, Mila Kunis, John Leguizamo, Simu Liu, Rami Malek, Shawn Mendes, Jason Momoa, Bill Murray, Lupita Nyong’o, Elliot Page, Rosie Perez, Chris Rock, Jill Scott, Naomi Scott, Tyler Perry, Tracee Ellis Ross, JK Simmons, Kelly Slater, Wesley Snipes, Uma Thurman, John Travolta, Shaun White, Serena Williams, Venus Williams, Yuh-Jung Youn, Rachel Zegler. Just the protagonist of West Side Story was in the center of a small yellow. Earlier this week, in fact, the actress had written on social media that she would follow the ceremony on TV “in sweatpants and flannel shirt” of her boyfriend since she had not been included in the final list of stars who would go on stage of the Dolby Theater to open one of the envelopes in which the winners are announced, the invitation to be one of the ‘presenters’ promptly arrived.

Beyoncé and Billie Eilish will sing at the 2022 Oscars

For the soundtrack of the evening, the stars are guaranteed. Beyoncé will interpret Be alive from the movie King Richardwhile Billie Eilish will sing accompanied by her brother Finneas the theme she signed for the new James Bond entitled No time to die. Also on the musical guest list are Sebastián Yatra with the song Dos oruguitas from the animated film Encanto And Reba McEntire who will play Somehow you do from the movie Four good days. The last of the artists nominated, Van Morrison, will not be able to interpret his live one Down to joy from the movie Belfast due to previous commitments. The ceremony will still be full of music: with the deejay D-Nice and with the all-star band formed by Travis Barker, Sheila E., Robert Glasper and directed by Adam Blackstone. Too bad for the soundtracks which, like other seven categories, will not be awarded on live TV but in a ceremony that will precede the TV show and of which we will only see some clips mounted. Protests have come a little from all sides for this choice, which would respond to the need to make the show leaner and under three hours, but the producers have not retraced their steps. Jessica Chastain, candidate for Tammy Faye’s eyes and favorite date for best actress, announced that she could skip the red carpet to enjoy the awards ceremony for her colleagues from the audience of the Dolby Theater.

Sorrentino, Casarosa and Cantini Parrini, the Italians competing for the 2022 Oscars

Candidates: review of all categories starting with Italians

All that remains is the great review of all 23 categories that will be awarded, some live, some not on Sunday night. By clicking here you will find the whole list. Italy cheers on the three compatriots: Paolo Sorrentino who returns to the race with It was the hand of God eight years after winning the Academy with The great beauty; Enrico Casarosa author of the cartoon Lucaproduced by Pixar and Disney e Massimo Cantini Parrini creator of the costumes for the film Cyrano. If you believe you can take a look at the latest bookmakers quotes or check which are the ten films nominated for best film and then you just have to wait for the most awaited sentence: The winner is …

David Martin is the lead editor for Spark Chronicles. David has been working as a freelance journalist.
Previous The best sorcerer class in Elden Ring, or how to become a lethal ranged weapon using only magic
Next How does Alexa work? Two Amazon experts explain