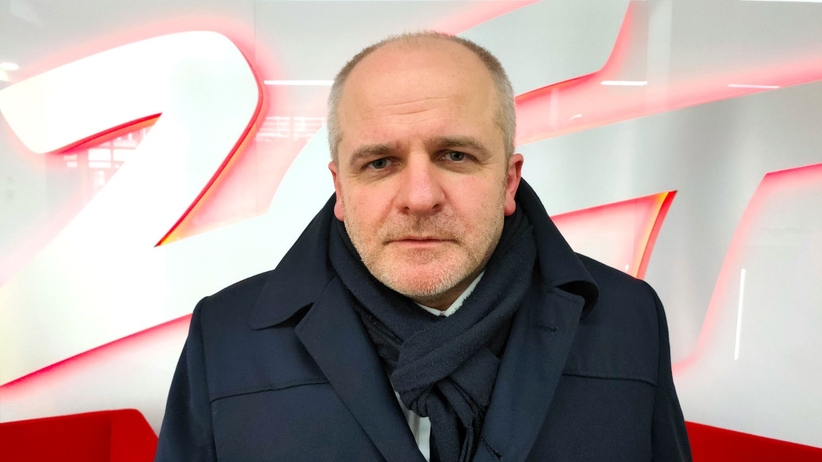 Paweł Kowal, MP from the Civic Coalition, who was a guest of the Podcast Machine of Power on RadioZET.pl, argues that the crisis on the Polish-Belarusian border is fully controlled by Vladimir Putin. – Migrants here are only weapons in the hands of an autocrat. They are a weapon in the hands of Putin, who checks the West’s reactions to pressure and fear, he explained.

Paweł Kowal there is no doubt that behind the migration crisis on
Polish-Belarusian border standing
Vladimir Putin. – Nothing changes in Putin’s general plan. He only tested the reactions of Poland and the European Union, how Germany reacts, who is afraid of what. I think Putin emerges from this confusion with a better understanding of the situation. And we have to analyze what has happened in recent weeks – said the guest of the podcast Machina Władzy on RadioZET.pl.

When asked whether Europe was in danger of another war, the politician drew attention to the Ukrainian context. – First of all, the situation on the Russian-Ukrainian border is dangerous. You could say this: Belarus stayed de facto annexed by Putin. In the sense of security, in the military sense, secret services, intelligence. All this is already fully dominated by Putin. Without Putin, Lukashenka would not exist in this game. From Putin’s point of view, Belarus is in some sense “eaten”. Now is the time for Ukraine because his dream is a great new empire. It is possible only if Ukraine does not pull towards the West – he explained.

Paweł Kowal: Without Putin, Lukashenka would not exist in this game

Paweł Kowal stressed that “today migrants are a weapon in the hands of an autocrat”. – A weapon in the hands of Putin, who tests the West’s reactions to pressure and fear. The essence of this project, which we witnessed, was to check whether it is possible to intimidate Western societies and how long it takes to make an effort to get a reaction from Western politicians. Putin already has the answer to these questions. Now he will continue to think – said the MP from KO.

THE ENTIRE CONVERSATION WITH THE MEP KO PAŁAW KOWAL

In the opinion of Paweł Kowal, the German chancellor made a mistake in starting a conversation with
Alyaksandr Lukashenka. – This is, of course, Angela Merkel’s mistake, but instead of crying and tearing clothes, that Germany is doing something over our heads, it is necessary to use the resources that Poland has. The Germans should be included in permanent consultations, and in the next actions of this type, Berlin should have a mandate from the European Union, he noted.

The politician of the Civic Coalition also praised the activities of the Polish services on the border with Belarus. – It is a traumatic experience for them, the first of its kind, and we must take it completely seriously – both as people and as politicians. Most of them are well-working people, worthy of being paid well, to be taken seriously. Politicians should be criticized, and officers are people who went to some job, sacrificed themselves, and today are exposed to a super traumatic situation – emphasized Paweł Kowal.

Videogames entered his life in the late '80s, at the time of the first meeting with Super Mario Bros, and even today they make it a permanent part, after almost 30 years. Pros and defects: he manages to finish Super Mario Bros in less than 5 minutes but he has never finished Final Fight with a credit ... he's still trying.
Previous Jumping today. Ryoyu Kobayashi Disqualified! He will not perform in the Sunday competition
Next Kulesza sharply commented on the confusion around Lewandowski and Sousa. “I was furious” Polish national team