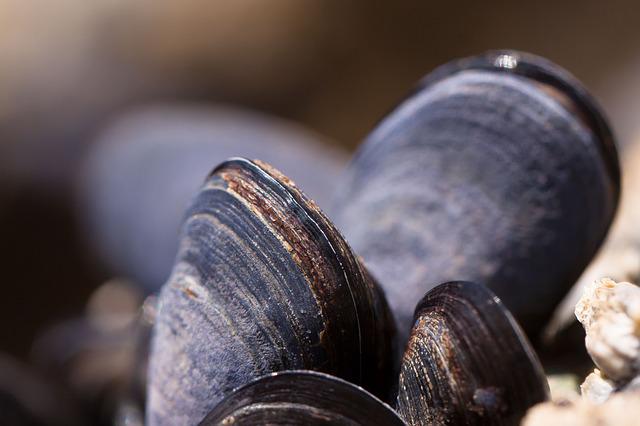 Pearls from Mediterranean mussels, an innovation under the shell – Il Golfo 24

Extracting precious pearls from mussels (Mytilus galloprovincialis) of the Mediterranean is undoubtedly an unexpected wealth. When Sara Fioretti, researcher at the “Anton Dohrn” Zoological Station in Naples, put forward her proposal, the idea aroused many smiles. «During my doctorate – says the researcher at Nuova Ecologia – I followed several mussel farms on the Phlegraean coasts, between Lucrino and Capo Miseno. They are filter-feeding animals, known for their organoleptic properties. One of the mussel farmers told me about his desire to also raise oysters for food purposes and I couldn’t help but think about the oyster-pearl association ».

The most famous pearl molluscs are in fact the oysters of the species Pinctada margaritifera, fished and bred mainly in the Indo-Pacific region for the large production of precious pearls. However, Fioretti and colleagues have discovered that they are not the only molluscs with this characteristic. «The possibility of generating pearls had never been found in mussels, but we imagined that it could be a widespread mechanism among the various species of molluscs».

In fact, the pearl is a sort of inverted shell, a sphere built around a foreign agent that accidentally entered the space between the two valves of the individual. To defend itself, it tries to neutralize and render the foreign body inert by coating it with a structure of calcium carbonate. By carrying out more in-depth investigations, the experts found that the Pinna nobilis – better known as “castanet of the sea”, the largest bivalve in the Mediterranean – it can produce quite large pearls. And that’s not all. Homegrown mussels also share some proteins that are functional to the formation of the outer shell with oysters.

To test the hypothesis that mussels could also produce precious pearls, the researchers conducted a series of experiments at the Ischia marine center of the Zoological Station. “Through a small hole, made on the upper valve of the mussel, we inserted a plastic ball into the animal – explains Sara Fioretti – in a position far from vital organs, such as the gills, and far from the hinge that allows the opening and closing of the shells “. The hole produced on the valve was immediately closed with a water-resistant thermomodeling plastic, to avoid damage to the animal: a grafting technique (grafting) simple and minimally invasive.

“The critical step is not to harm the individual – he clarifies – If the valves remained open, the animal would be exposed to pathogens and other serious threats to its survival.”

The results of the experiments were not long in coming. «Already after the first six months we noticed the appearance of a hint of a pearl, in some cases attached to a valve. But it takes at least a year to have a complete pearl ». According to the researchers, who have filed the patent for the grafting technique, the developed system is even better than the traditional one used in Pacific pearl oyster farms, where the valves are surgically opened to insert the foreign agent, often causing rejection or the death of animals. “With our treatment – underlines the researcher – mortality and the probability of rejection are very low”.

The system developed in Ischia opens unexpected scenarios on the entire mussel farming chain. It could be the origin of waste-free farms, in which the adult specimens, following the removal of the pearl, could be used on the food market.

«We are at the first step of evaluation and we do not yet know the level of quality that we will be able to achieve, but the grafting technique works. Now we have to dedicate ourselves to improving the process to increase the commercial value of pearls », concludes Sara Fioretti, who in Trieste received the“ Bernardo Nobile ”award for the best doctoral thesis that led to the filing of a patent. A sustainable and advantageous innovation, which is waiting to revolutionize the shellfish market. (source lanuovaecologia.it)

David Martin is the lead editor for Spark Chronicles. David has been working as a freelance journalist.
Previous Kanye West declares Pete Davidson ‘dead’ after breaking up with Kim Kardashian
Next Taking Tachipirina and then drinking alcohol, what are the risks and what to do if you have certain symptoms