Pictures and posters of Spider-Man: Across the Spider-Verse

Spider-Man is returning… After the trailer, the first images and the poster of the new adventure of Miles Morales through the multiverses.

Miles Morales will return on June 1, 2023, only in theaters.

After reuniting with Gwen Stacy, the friendly Brooklyn neighborhood Spider-Man is catapulted into the Multiverse, where he meets a team of “Spider-Heroes” charged with protecting its existence. But when the heroes clash over how to deal with a new threat, Miles finds himself up against the other “Spiders” and will have to redefine what it means to be a hero in order to save the people he loves most. 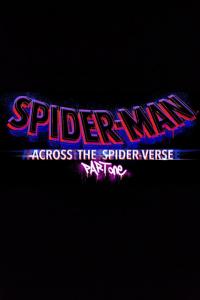 Spider-Man: Across the Spider-Verse

David Martin is the lead editor for Spark Chronicles. David has been working as a freelance journalist.
Previous https://gamingbeasts.com/eternal-radiance-download-pc-game/
Next the 10 curiosities about the actress of The Handmaid’s Tale